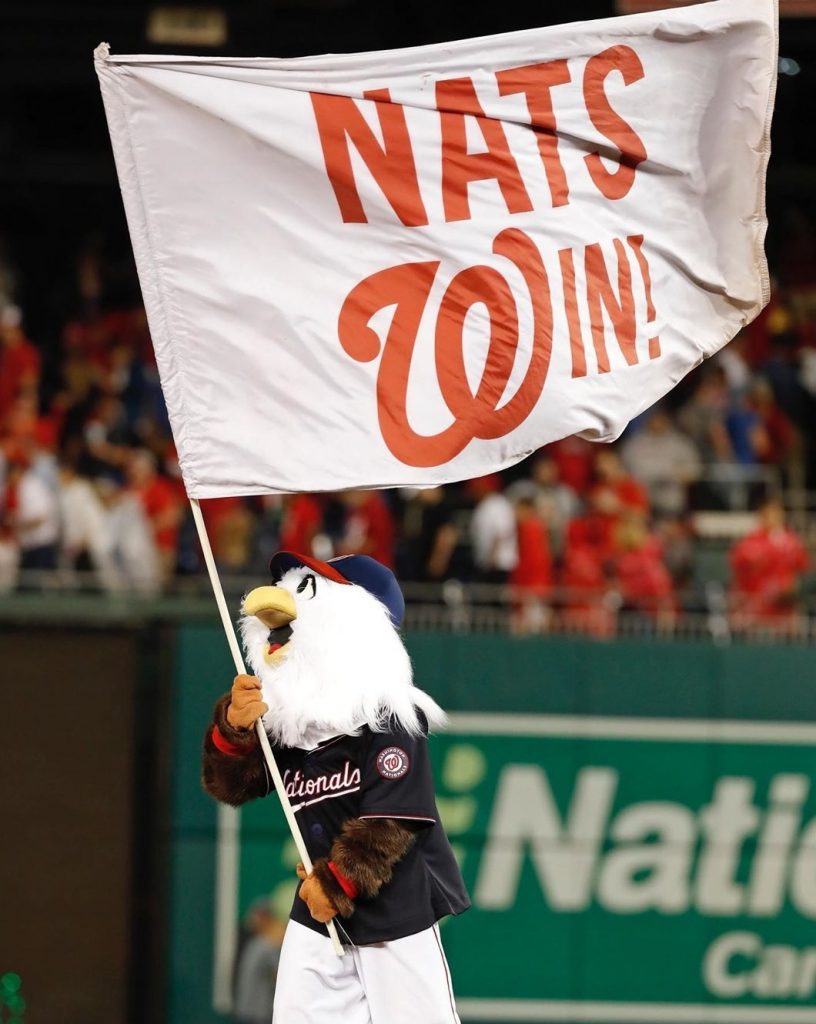 The Washington Nationals were given no chance to win tonight. We had heard all of the statistics that the analysts were coming up with to make it seem like a waste of time to show up since Gerrit Cole had not lost a game since May 22nd — until tonight — and that is why we play the games. The Nats won their first ever World Series game to go up 1-0 in this series in a much needed win on the road. Juan Soto had 3 hits and 3 RBIs in this game to go with a solo home run by Ryan Zimmerman and an RBI single by Adam Eaton to score 5 runs off of Cole who had only given up 4 or more runs before tonight just five times this season. The Astros took an early 2-0 lead, and one beat writer called “game” in the first inning. Not so fast, and the Nats shocked the baseball world again!

While Max Scherzer struggled due to a walk that should have been a strikeout to the first batter he faced, he gave up two runs with two outs and only lasted five innings. Manager Dave Martinez then went to Patrick Corbin out of the bullpen for a scoreless sixth inning, and then Tanner Rainey was given the top of the order to face, and he gave up a monster home run to the first batter he faced and then put two runners on with one out in a 5-3 game, and Martinez went straight to Daniel Hudson who put out the fire. Hudson came out for the next inning and gave up a long flyball that clanked off of Adam Eaton’s glove to make the score 5-4, and then Sean Doolittle closed out the last 4 outs of the game for a save and the Nationals first ever World Series win 5-4.

How great was Juan Soto? He was a triple shy of a cycle, and he tied up the game with a home run blast off of Cole that landed on the train tracks atop Minute Maid Park. It was fitting that the first World Series home run in Nationals history was a 413 foot blast from Ryan Zimmerman to straight-away centerfield. The Nats got eight hits off of Cole including a leadoff hit by Trea Turner who stole second but was stranded at second base. Zim hit his blast in the second inning then it became the Juan Soto show.

“For me it’s about playing one game,” Martinez said. “I never doubt our guys — ever. They come out to play. We have a game plan. They stick with it. I believe in those guys there every single day, and they are going to come out to play and not give up.”

Much credit has to go to hitting coach Kevin Long and Joe Dillon for prepping these batters to be ready for the high fastballs from Gerrit Cole. The Nationals took advantage.

The Nationals are now set-up well with Stephen Strasburg going tomorrow. The Nats will head back to Washington, D.C. on Thursday with at least 1 win on the road in the first two games. 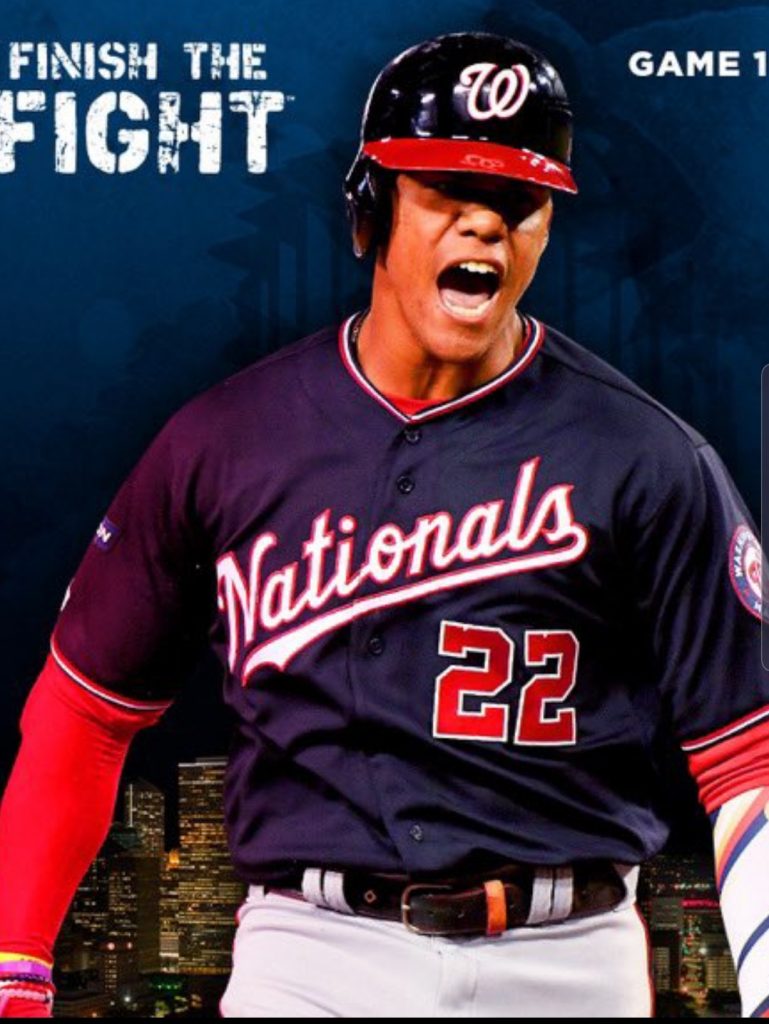