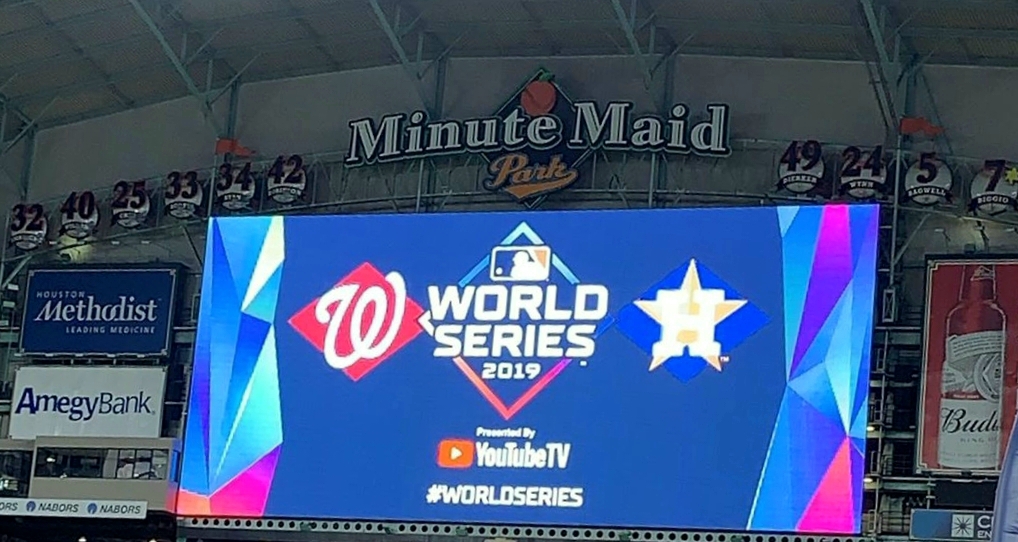 Those who gave the Nationals no chance of winning last night got a good look at what these Washington Nationals are made of and you have to be sure that many have a different outlook on this team today. The Nationals are on this grand stage because they are good, and they also looked energized last night. The break between the NLCS and last night’s game 1 of the World Series is the most time that Trea Turner, Anthony Rendon, and Juan Soto have had off the playing field since each was on the 10-day IL earlier in the season. Each player had little to no time off until the Nats clinched a Wild Card berth, and each got the feeling back in their legs with the week off between the NLCS and the World Series. Turner responded quickly in the first inning and stole second base which was his first steal of the postseason and also the Nats first steal of the entire postseason. Soto cranked one of his most majestic home runs of the season, and he had two other hits plus a stolen base.

For Soto, tonight is his final game as a 20-year-old. On Friday, he will be 21 and fully legal as an adult.  If he chooses to partake in some champagne at some point soon, he can do that legally instead of carrying around an empty bottle.

The Washington Nationals will be pitching Stephen Strasburg tonight, and the Astros will be going with the righty Justin Verlander. Manager Dave Martinez and general manager Mike Rizzo seeded the World Series rotation to where many thought Strasburg should have started last night, and if he did, who knows how last night would have finished. This is another marquee matchups of top pitchers who have been cover boys on Sports Illustrated.

The Nationals lineup is exactly the same as it was last night in Game 1 with Howie Kendrick at the DH, and Asdrubal Cabrera at second base.

One of best parts of being affiliated with the Washington Nationals is being treated like family, and a source told us that the Nats took charter flights yesterday and today to take all employees to one of these World Series games with one guest. From our source who went yesterday, “It was first class all the way. The Lerners know how to take care of people.” The fans who took advantage of the “Watch Parties” have been treated to everything complimentary from tickets to parking to food and soft drinks.

Could D.C. be turning into a baseball town? 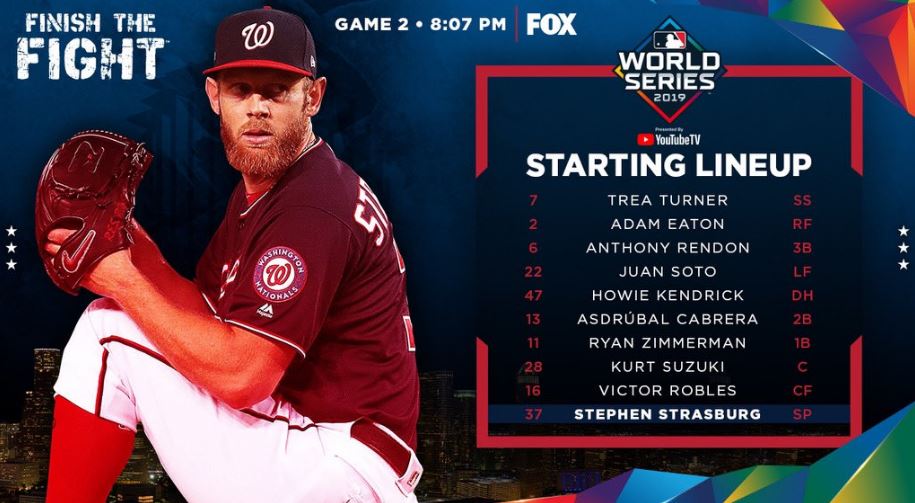