Game #1 NLCS The road starts here and the roster in this series! 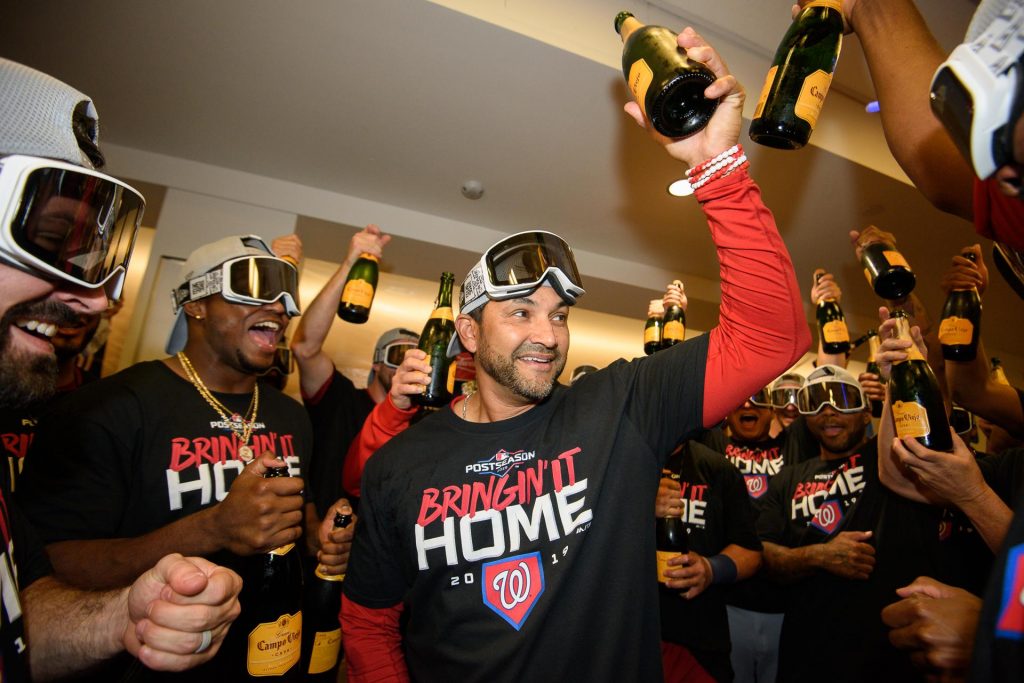 That man must lead this squad of 25 in the Nats first NLCS in team history!

Baseball is at it’s Final Four. It is prestigious when you get to this LCS as the winners of both series in the AL and NL will face off at the World Series. The NLCS rosters have been carefully analyzed and assembled as Washington Nationals manager Dave Martinez has chosen with general manager Mike Rizzo and the analytics group the 25 players that will form their NLCS roster. While this is the first time for most here, Martinez has been in the dugout before for championship series. Same with players like Max Rizzo who went with Detroit. A seven game series takes a slightly different set of strategies, and especially because there is no scheduled rest day between game four and game five if the best-of-seven series goes longer than four games which most do.

The Nationals roster looks like this (below), and we can certainly debate the 23rd, 24th, and 25th players on the roster as the rest are as they call them “no-brainers” given the current status. The big revelation was that Daniel Hudson who has served as the Nats closer will not be on the roster tonight due to the birth of his child this morning, and MLB rules allowed him to go on paternity leave with Wander Suero as his replacement. What does that mean? When Huddy returns, Suero is off the roster. What that also means is the Nats will improvise in the bullpen tonight to replace whatever spot Hudson would be used. On top of that, Hunter Strickland is off the roster as we anticipated, but it was a surprise that Roenis Elias was back in his spot, and the Nats add a second long-man with Javy Guerra. 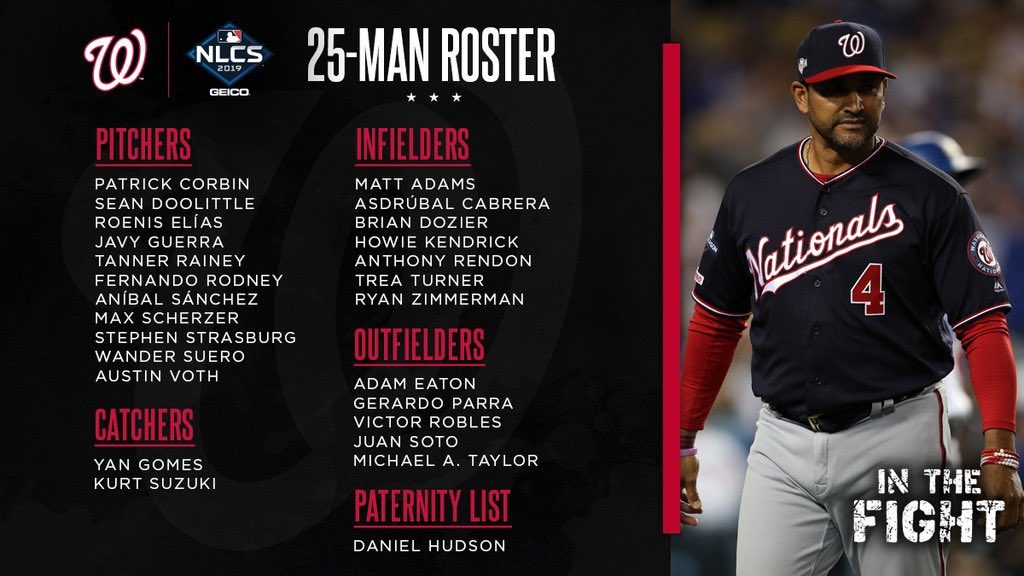 Tonight the Nationals will start Anibal Sanchez, and the Floridian will have to navigate through the chilly weather in St. Louis tonight The same for the Cardinals who start the righty Miles Mikolas who is 1-1 against the Nats this year with a 4.85 ERA. The Nats have had some luck against the righty, and what will be different tonight is the cold St. Louis weather which will feel close to freezing with the wind chill factor, and that colder weather will take distance off of balls in the air.

In what is not a big surprise, Kurt Suzuki who took a pitch off of his wrist and head, will not start tonight. Yan Gomes will catch Anibal Sanchez, and he has done that for 26.0 innings this year with a catcher’s ERA of 2.42 which is excellent. In other injury news, Martinez is holding Victor Robles back in the cold weather, and he said that Robles is at 80-85% healthy right now, and they want him closer to 100%. The Nationals could have gone with Gerardo Parra who is 4-4 against Mikolas, but Davey will stick with the lineup he used in games four and five of the NLDS series with Michael Taylor in centerfield. 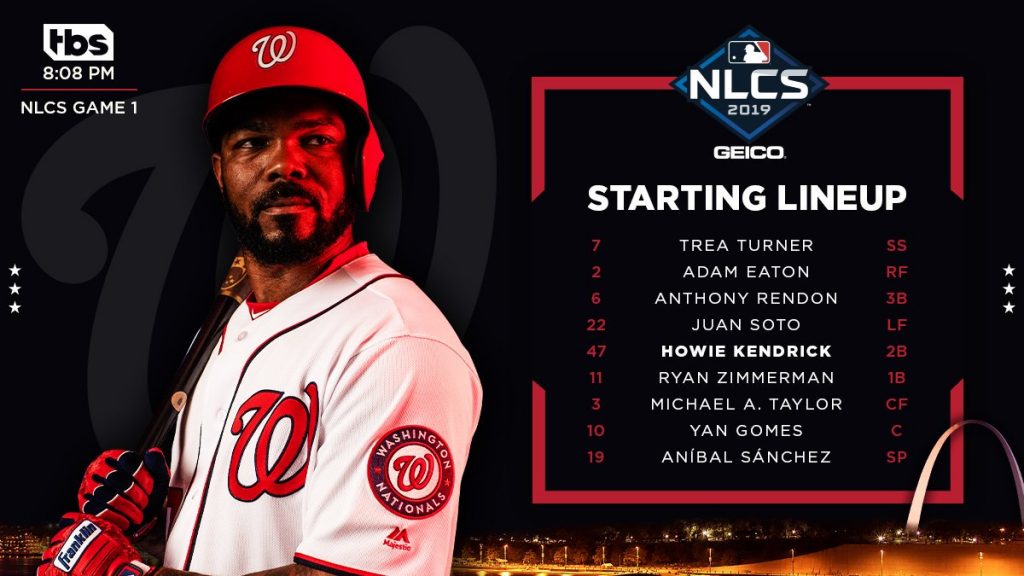