Nats sweep the Cubs with a dramatic win in the 11th inning! 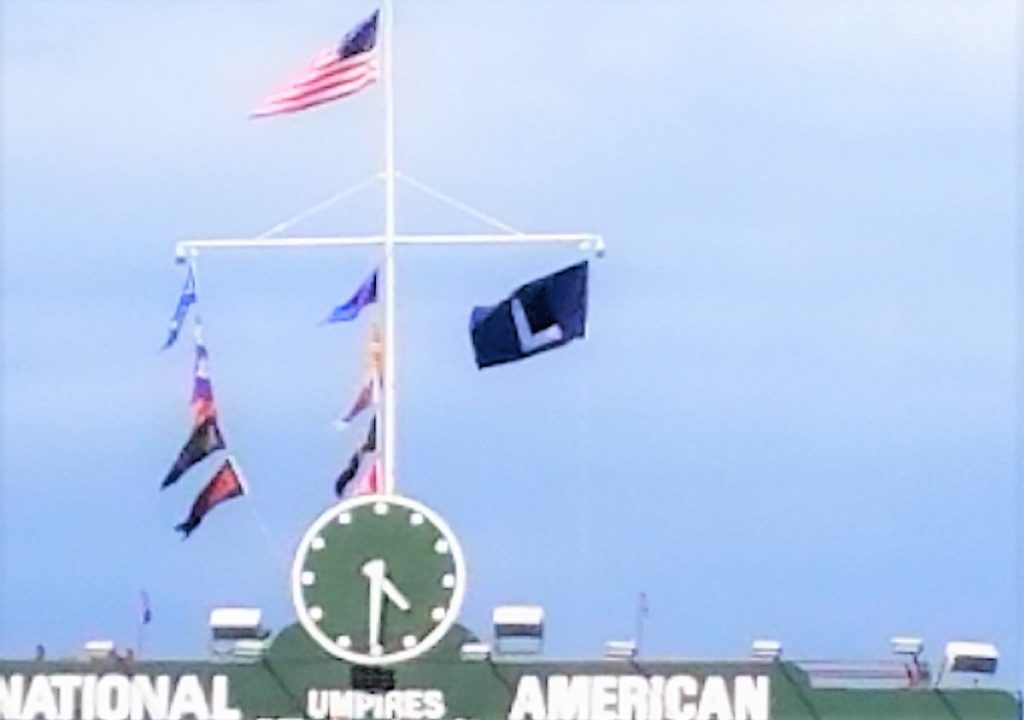 There is a DNA with this team that they never feel like they are out of a game. They just do not get much better than a signature win against a team like the Cubs to sweep a series in Wrigley Field. The Nationals moved to 16-games over .500 and how sweet is sixteen! The Nationals have won a dozen out of their last fourteen games, and they have the best record in baseball since May 24th. The bullpen bent but did not break even after a disastrous 8th inning. Yes, Fernando Rodney had a blown save, but his team picked him up. It could have been easy to just fold after winning the first two games of this series, but this team never gave up and finished this business trip from Pittsburgh to Chicago with a 6-1 record.

This was supposed to be a well-deserved rest day for Howie Kendrick who entered this game in a double-switch in the 10th inning. As the leadoff batter in the 11th inning, he promptly singled in his first and only at-bat and was sent to third base on a Trea Turner gapper double, and Howie scored the winning run on a wild pitch. Yes, Howie Kendrick is a game changer. For insurance, Anthony Rendon singled in Turner for the final score of 7-5. In a game as wild as this one, there were several stars of this game.

“They feel like they’re never out of any game, and that’s the attitude we have,” manager Dave Martinez said. “I can tell you now, the attitude I instill is: ‘This game is not over until the last out. Keep playing hard. Anything can happen.’ ”

The Cubs defense robbed the Nationals a few times, but the Nats offense kept pounding away and putting balls in play and found a way to score like an infield hit from Juan Soto that he legged out and then high stepped as he kept running up the line. After Soto, Asdrubal Cabrera‘s two-run single in the 7th inning gave the Nats a 3-run lead which unfortunately evaporated in the bullpen. The one hit the Cubs could not defend was Rendon’s 421 foot blast onto Waveland Avenue to get the scoring going. The Nats got no offense from Kurt Suzuki, Brian Dozier and Gerardo Parra on this day as they were a combined  0-15, but their teammates got 14 hits. In this game, Cabrera (2), Turner (2), Soto (3), and Rendon (4) combined for eleven hits and three walks. Cabrera provided protection for Soto who they did not walk, and he made them pay each time they pitched to him over the plate. Soto hit one into the ivy that was caught for an out in the first inning with the wind blowing in then stung a liner at over 100 mph that went on a rope right to the Cubs centerfielder or else he would have had a five hit day.

Maybe one of the most frustrating parts of the game was the umpiring, but fortunately it did not factor into the outcome. It was difficult to tell if catcher Kurt Suzuki was unframing pitches as his mitt moved out of the zone or it was that homeplate umpire Dan Iassogna was not seeing the ball well, but on the other side, the Cubs pitchers were getting some ridiculous calls.

“I just tried to fight [in the at-bat],” Soto said. “I got mad after the umpire made a call, like two balls inside. I said: ‘Well, I gotta swing at those pitches now.’ I just tried to put the ball in play and run as hard as I can to first base.”

The game was started by Stephen Strasburg who gave up just two runs over 6.0 innings, but he did not get the win when Rodney blew the save in the 8th inning. The win went to Daniel Hudson who was nails in the 10th and 11th inning. A reliever cannot earn a win and a save, but Hudson definitely saved his own win.

The Nationals fans were in abundance on this road trip in both Pittsburgh and Chicago, and it did not go unnoticed by the players or Davey Martinez. After his postgame media session ended, he decided to give a Joe Gibbs style affirmation and appreciation to the Nats fans.

“I need to say one more thing too,” Martinez said. “Our fans have been incredible this weekend. We had a bunch of them here, and the players fed off of that. Much appreciated. Keep coming out. Here we go.”

This win also gave the Nationals a 4-2 record against the Cubs for the season which could lead to homefield advantage if the teams face each other after the regular season.  The Nats will head back shortly to Washington, D.C. on their Delta shuttle to a well-earned day from working. 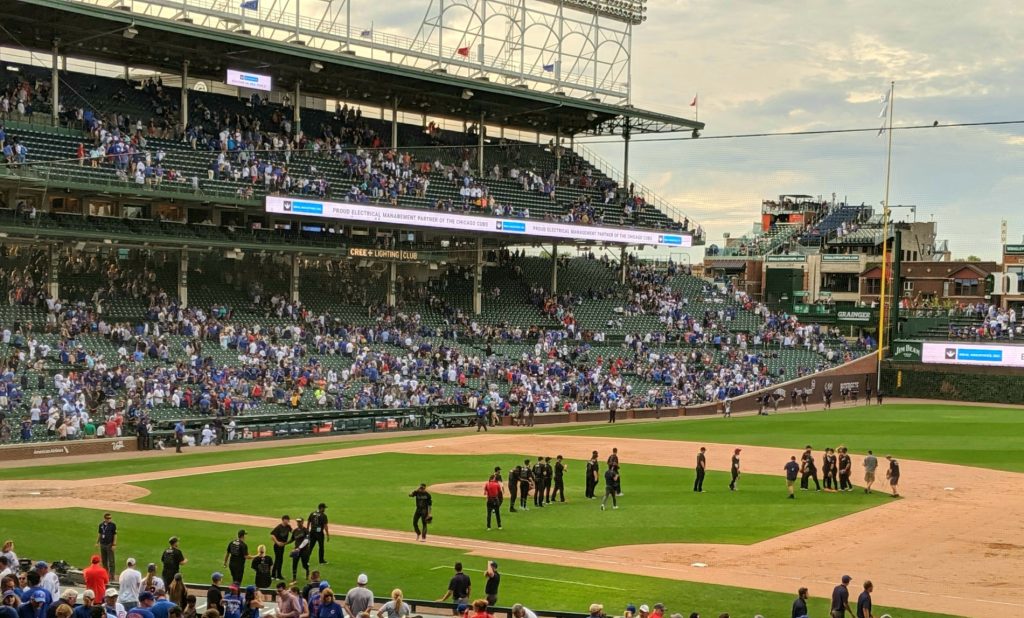