Press For A Day experience!

Posted on August 26, 2019 by ArVaFan aka Laura Peebles 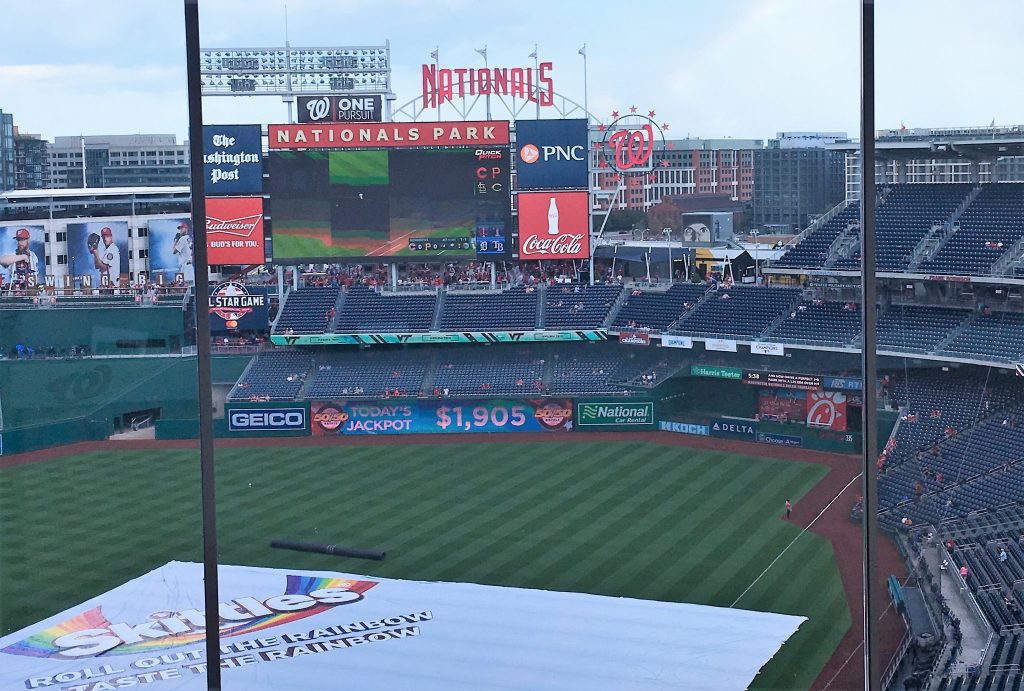 Remembering not to cheer in the press box is hard. Last week through an auction that I won, it gave me another opportunity to be in the Washington Nationals press box, and I attended the Brewers and Nationals game that went 14 innings. I almost clapped at a pick-off in the first inning. “No cheering” also extends to “no booing,” so I did not join the crowd in booing Matt Grace as he left the mound. I learned to keep the enthusiasm under the desk (i.e., tapping feet to burn off the nervous energy)

It gets really loud up here when certain things happen . . . like game-tying home runs, strikeout-caught stealing double plays, go-ahead three-run homers, or booing when a Brewers pitcher appears to be head-hunting Victor Robles. Or the combination of cheering and booing when Sean Doolittle gives up four runs in the ninth inning or the entire bottom of the ninth inning.

Large bugs fly into the press box—I would assume attracted by the overhead lights.

The seventh-inning stretch applies in the press box, too. Time to get leftover cookies and a beverage (food service is only through the fifth inning).

Thoughts from chatting with some of the other media folks pre-game:

Yes, the current Dave Martinez postgame press conferences are more interactive than Dusty Baker‘s, because he was more old school. But the conferences have improved since the team started winning: they weren’t as “free and easy” earlier in the year.

If the press box windows have to be closed, it feels like a library.  They really prefer them open to get the feel of the game and the crowd.

Brittany Ghiroli is really enjoying being part of The Athletic. Moving from the Orioles beat to The Athletic to cover the Nationals gives her time to get a perspective and bigger picture.

“No cheering in the press box” does not extend to not cheering for the National Anthem singer. Everyone stands for the anthem unless they are actually broadcasting.

The press box food is decent.  Not as good as Kansas City (per my informant) with the barbeque. Plenty of good toppings for the soft serve ice cream. The coffee, however, is not memorable.

Kind of odd having the TV right overhead with the game on, and also the actual game in front of you, since you’re looking at the back and the front of the action, so to speak. The TV is on a few second delay, so it can be confusing (especially when you see the same strike twice and think the batter should be out).

Nice pickoff by Anibal Sanchez in the first.

It is not a good idea to run on Victor Robles’ arm. But don’t tell the competition, okay?

Wheels came off early on this one: 5 Brewers runs in the 3rd: 11 batters, 39 pitches, all the grounders found the outfield grass.

Juan Soto just got that over the fence—and the rebound back onto the field hit Ryan Braun (couldn’t happen to a nicer guy. /snark mode off).

The look Howie Kendrick gave Ray Black after he nearly beaned Robles could have pealed paint. Howie got his revenge indirectly when the ball landed in the batters’ eye.

Watching Matt Grace give up home runs is not awesome, no matter what the perspective. Same for Doo giving up home runs in the ninth.

Credit Josh Hader for K’ing three with the bases loaded, whatever else I think of him personally.

And Tanner Rainey for a tough 10th and 11th. As you know this one ended in the 14th inning, and the Brewers won the game by a final score of 15-14. 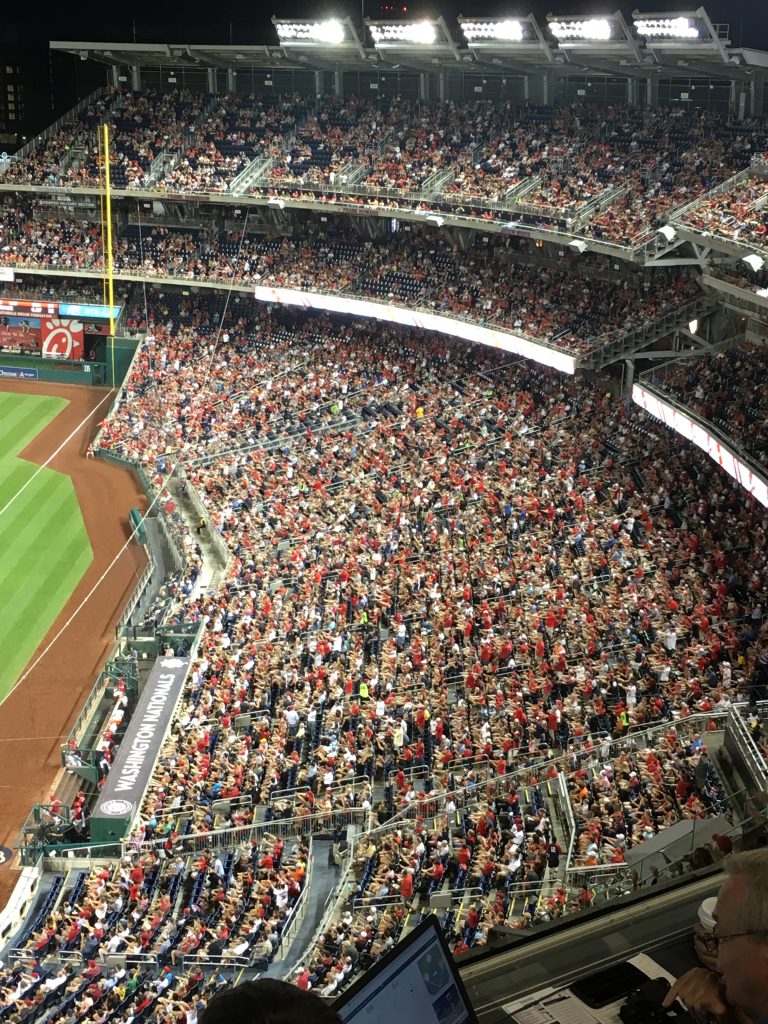 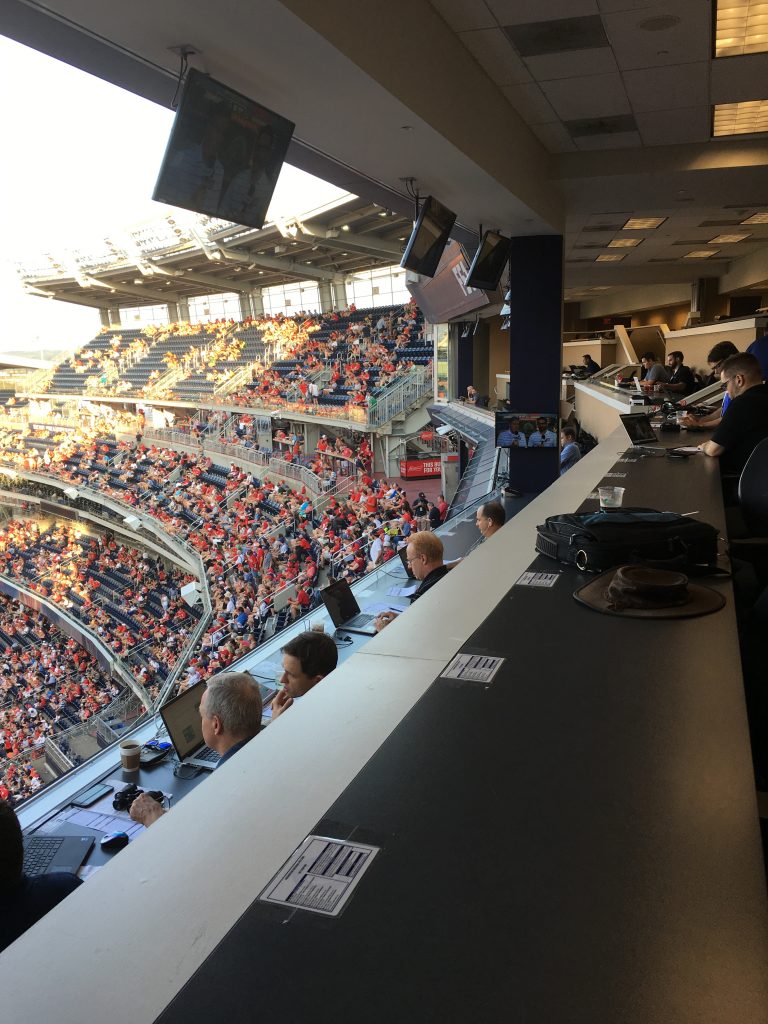