Game #130 Strasburg/Hamels go at it in the Chicago series finale! 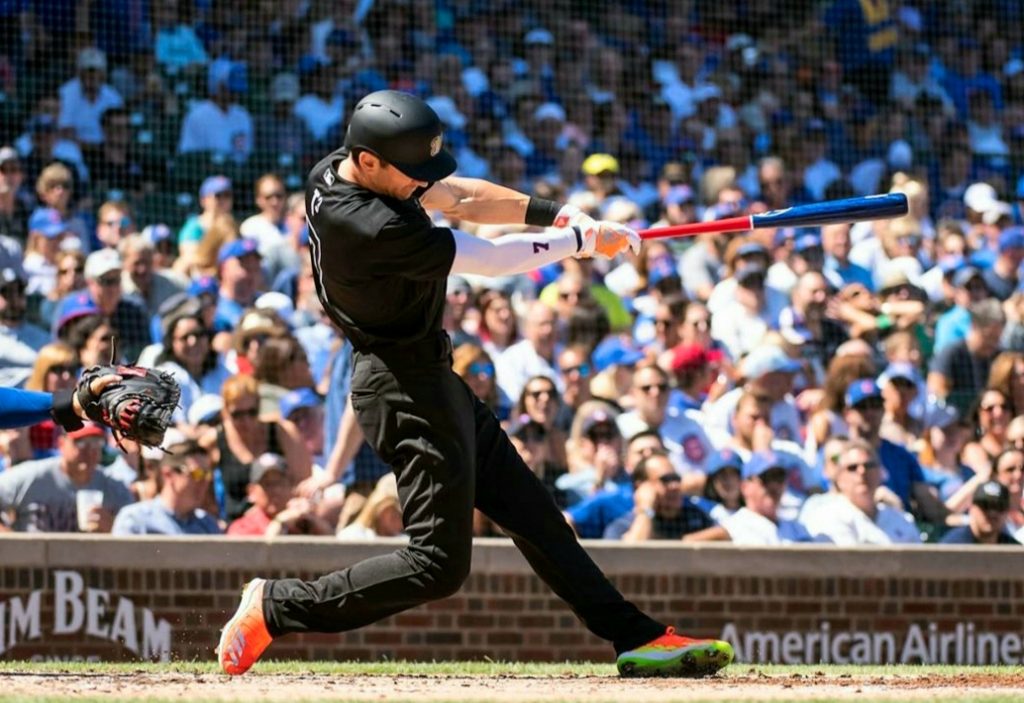 Coming into this series, the Nationals had a 70-57 record while the Cubs were just one game behind the Nats at 69-58. If the Cubs swept this three game series, they would have taken over the Nats in the standings, and if the Cubs won two games, these teams would have finished up today tied with identical records. The Cubs had their hottest pitcher going yesterday in Jose Quintana, their postseason star pitcher Jon Lester on Friday, and today they have 4-time All-Star Cole Hamels going. Add to all of that, the Cubs have homefield advantage in Wrigley Field, and they were 44-19 coming into this series which was a remarkable .698 winning percentage. If all of that was not enough, the Nats arrived in Chicago during the middle of the night and had a 1:20 pm (local time) game on Friday while suffering from sleep deprivation of about 5 hours of sleep. You want more? The Cubs have owned the Nats in Wrigley Field. Even when the Nats have had games practically won — craziness like David Bote‘s two-out grand slam walk-off against Ryan Madson actually happened. Here is the difference — this is not that 2018 Nationals team or even 2016 when Cubs manager Joe Maddon played Jedi mind tricks on Ryan Zimmerman. This is not even the same Nats that the Cubs faced in May of this season when the Nationals were just getting healthy.

After yesterday’s win, the Nationals are now ahead in their season series against the Cubs three game to two heading into today’s series finale. There are no meaningful predictions as to what will happen today. Why bother? Just play the game because you never know what will happen in baseball. Today’s matchup: Stephen Strasburg vs. Cole Hamels and that is a game worthy of being played on ESPN Sunday Night Baseball, but fortunately the Nats will not have to play a late night game and can fly back to Washington, D.C. at a decent hour with a day-off tomorrow.

The Nationals will face their fourth lefty starting pitcher in consecutive days, and Howie Kendrick has not started four games in a row this season. With Kendrick starting the previous three games, Nationals’ manager Dave Martinez has inserted Asdrubal Cabrera in the lineup at first base which is his first time ever playing it in an MLB game. When general manager Mike Rizzo signed Cabrera it was with the knowledge that the Nats would be playing him at first base due to Kendrick and Zimmerman both on the 10-day IL. When Kendrick made it back quickly, there was no need to play Cabrera at first base until today. The Nationals are the second best offensive team in the NL against left-handed pitching with an .829 OPS.

For those ready for the end of the Players’ Weekend black/white jerseys, Joe Maddon‘s antics, and Anthony Rizzo‘s whining — it is almost over! Hopefully next year MLB takes my suggestion and gets Über creative and allows teams to design their own jerseys with the assistance of designers. It can’t be worse than these jerseys which absolutely have no design and looks like watching a 1952 Washington Senators game on television because color TV was not invented then. 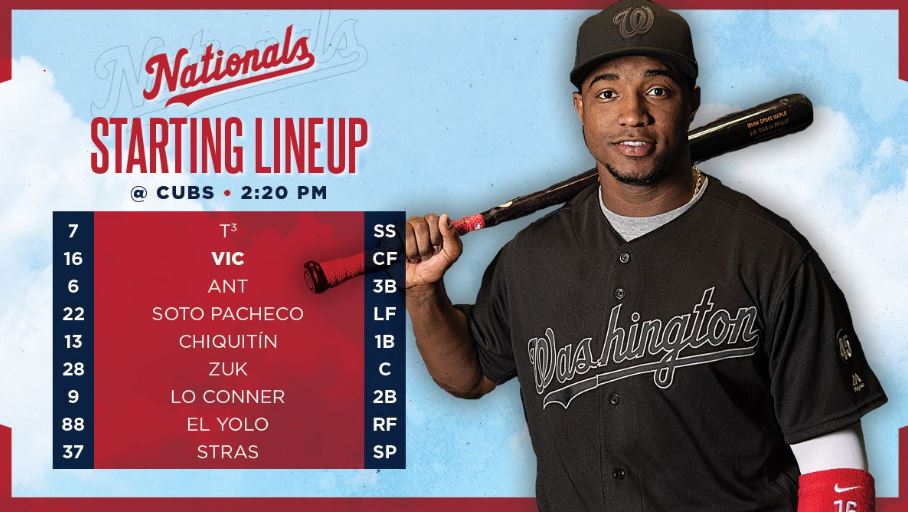