No sleep? No problem! #Nats shake off second-day malaise to beat Cubs 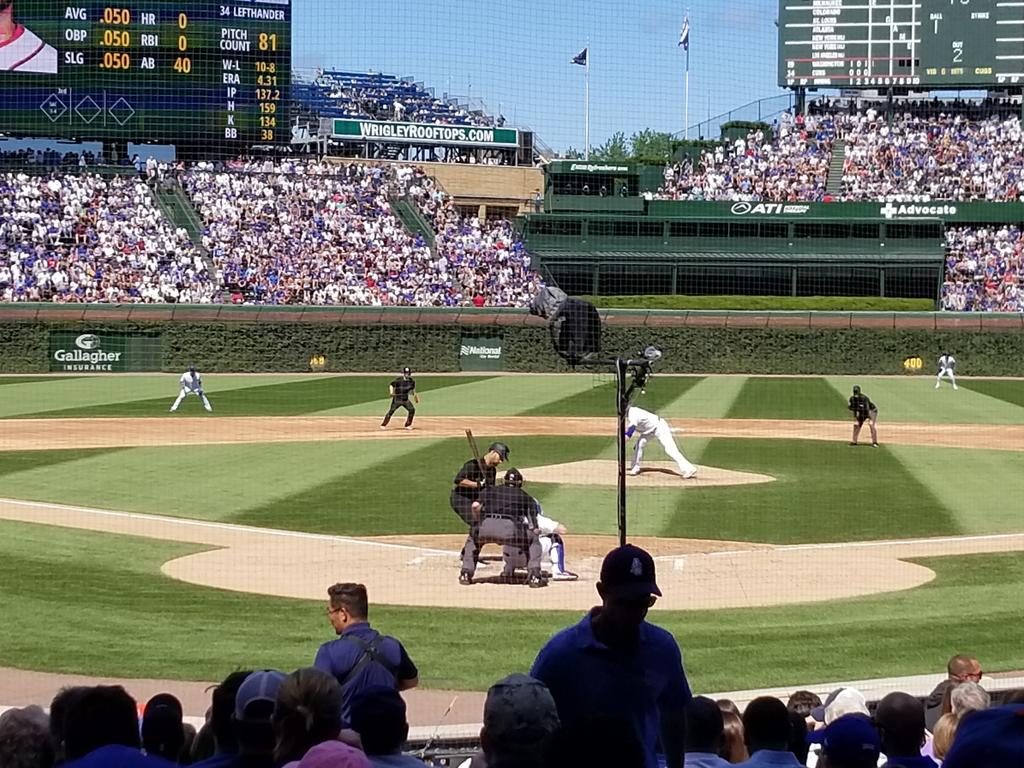 The Washington Nationals got a scare Monday when Joe Ross was hit in the leg by a comebacker and had to exit the game. But “JR” was back in the fight today against the Chicago Cubs at Wrigley Field.

Unfortunately, Ross wasn’t as sharp as he’s been all month. After getting two key double plays in the first two innings and working his way out of a jam in the third inning, Ross labored through the fourth inning (which ended on a borderline called third strike, over which pinch-hitter Ian “Happer” Happ got himself ejected) and only managed to get one out in the fifth inning. Wander “The Animal” Suero came on and stranded the inherited runners, striking out Javier “El Mago” Baez along the way with this:

Meanwhile, as they’ve been doing for the past week or so, the Nats offense went to work, chasing Jose “Lelo” Quintana after four innings of five-run ball. The big blow was supplied by Nats catcher Yan “Gomer” Gomes, who did a nice job behind the plate and also drove in two with a clutch two-out single that capped a four-run third inning. Anthony “Ant” Rendon also extended his active hitting streak to 11 games.

In one of the game’s odder moments, Tanner “Rainman” Rainey had a chance for an immaculate inning after he struck out position players Victor “Vic” Caratini and Tony “Chieng” Kemp on six straight strikes and then faced Kyle “KR91” Ryan, who is a reliever. Instead, Rainey somehow managed to walk Ryan, then Jason “J-Hey” Heyward. Gomes saved the day when Ryan inexplicably tried to take third base on a pitch in the dirt, keeping the ball close and gunning him out with an on-target throw to Rendon. How many innings in major league history have featured back-to-back strikeouts, then a walk to a relief pitcher, and then ended with that relief pitcher being caught trying to steal third base?

Hunter “Southern Thunder” Strickland struck out the side in order in the seventh. Fernando “La Flecha” Rodney followed with a 1-2-3 eighth. After Howie “Truck” Kendrick gave the Nats one more insurance run with an RBI double in the top of the ninth, Daniel “Huddy” Hudson came on for the “pretend save” and the Nats won 7–2. It was a dynamite game for the much-maligned Washington bullpen, with the only hit they allowed coming on a two-out Heyward double in the ninth.

“We pieced everything together based on their lineup and our [bullpen pitchers] available,” manger Dave Martinez said. “Like I said, these guys came in and did a great job.”

Outside of the nerve-wracking fourth and fifth innings, this game was pretty drama-free. The conventional wisdom is that even if the team that didn’t get much sleep (day game after a night game) is OK on the first day, the second day is tougher. If the Nats were tired today, they didn’t let it show much. In fact, if not for some flat-out robbery by the Cubs second baseman Kemp, they would have scored more today.