Game #129 Joe Ross in his most important start of the season! 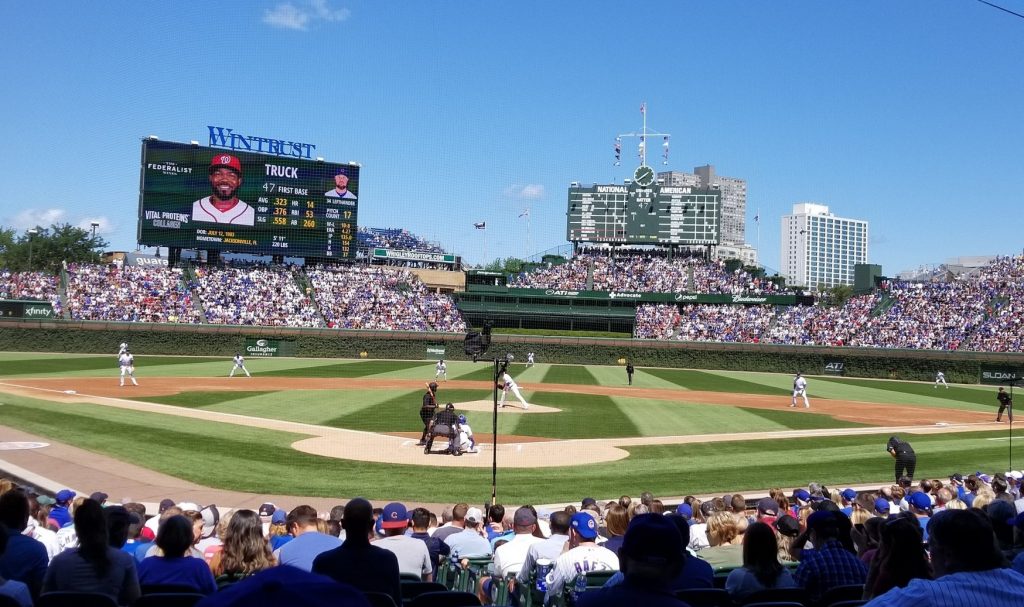 Yesterday, the Nationals quieted down many of the doubters as the dominated the Cubs in Wrigley Field from the second batter of the game through the end of the game as Anibal Sanchez entered the 9th inning with a 9-0 game and a one-hitter. As they say in baseball, what are you going to do for me today? The Nats have Joe Ross going as the starter this afternoon in a rotation that brought back Max Scherzer this week, and that put Erick Fedde in limbo in a rotation that is now Scherzer, Patrick Corbin, Stephen Strasburg, Sanchez and Ross. There was pause five days ago when Ross was nailed in the shin by a 110 mph comebacker that sent him to an early exit and a visit to the x-ray room. Fortunately, the x-ray was clean, and Ross stayed on task, and Kyle McGowin was sent to the Minors when Scherzer came off of the 10-day IL, and Fedde for now will be in the bullpen. The Nats need Ross to follow Sanchez’s lead from yesterday.

In the other dugout, the Cubs have the left-handed Jose Quintana going. Only six Nats players have faced him before, and while there has been success against Quintana, Nats manager Dave Martinez will hope his offense can continue on this run of producing early and often.

While it is too soon to add Joe Ross to the Nats “Big Four”, everything hinges on today for Ross as he has to be a candidate for “Pitcher of the Month” if he can continue on his August domination. This will be his fifth start of the month, and the other four starts have all turned to Nats wins with a 0.42 ERA in 21 1/3 innings of work. 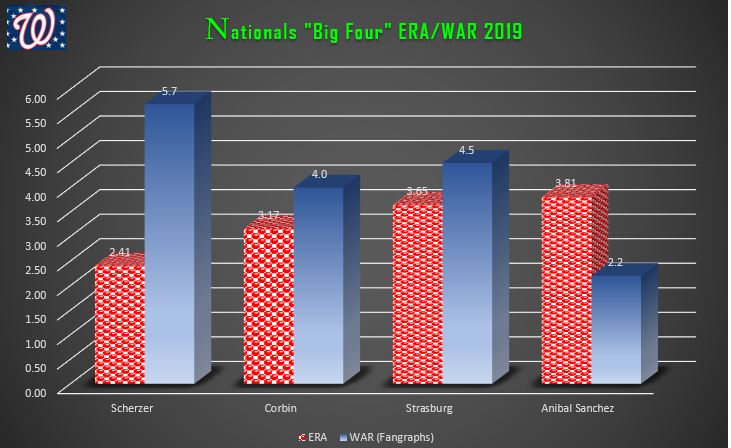 The Players’ Weekend theme will continue today, and for anyone wondering, Joe Ross is “JR” for his nickname, and not “Joe Cool” and when he is is really on his game he is Joe Cool. This link will give you all of the Nats jersey nicknames with some back-stories on some of them provided by MLB beat writer Jamal Collier.

Some might think Gerardo Parra‘s nickname of “El YOLO” is the acronym for “You Only Live Once” but it was a childhood nickname he got as his abuela, Yolanda, was known as Yola and they called Gerardo the male equivalent as Yolo.  Many expected Parra to go with  “Baby Shark” but El Yolo won.

Given Sanchez’s 8 1/3 innings yesterday, all bullpen arms got to rest except Matt Grace who got the final two outs yesterday. Even Grace is available today with all of the bullpen arms. Hunter Strickland known this weekend as “Southern Thunder”, pitched two inning on Thursday while throwing 24 pitches. Manager Dave Martinez if needed could use Strickland, and everyone else.

Who's playing bingo for our 2:20 start Sunday @ Cubs? For our new players: all you have to do is let us know if you'd like a card, and we'll DM you one before first pitch. Our prize will be 2 tickets to the 9/24 day game v. Phillies (thanks @Bdb1981)!! We'll tweet rulings here.