Tomorrow is a new day; Two more big arms on the mound 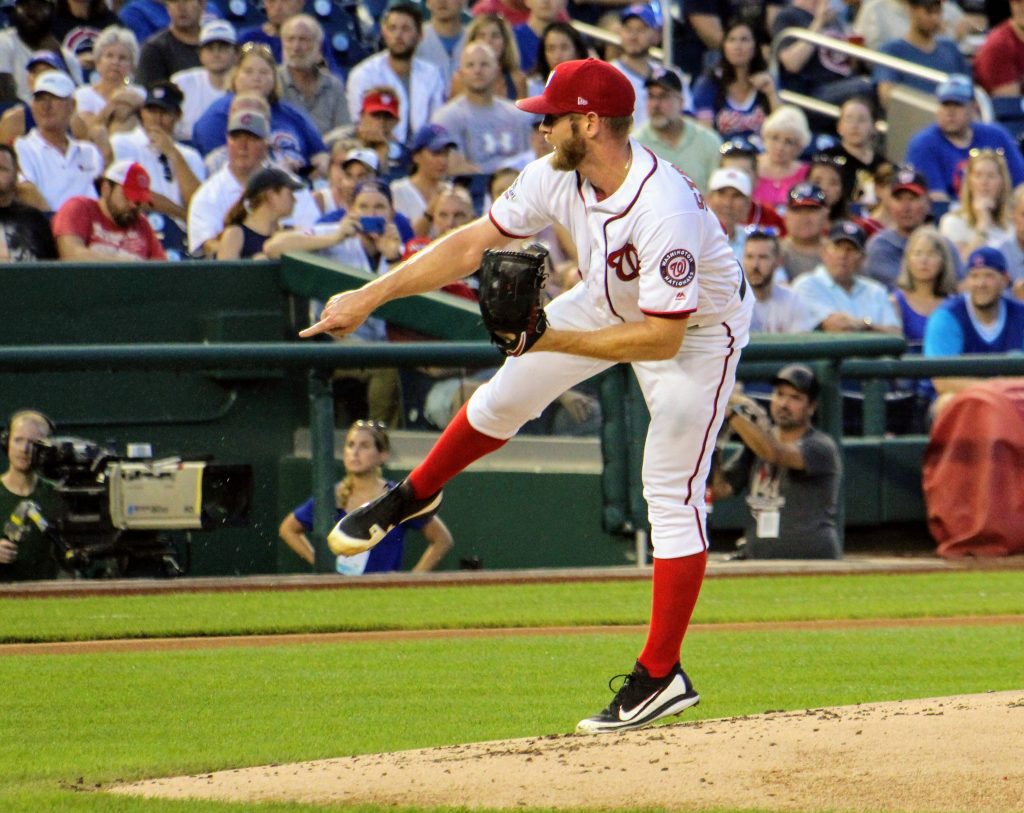 The good news is the Washington Nationals have 161 regular season games remaining on their regular season schedule, and there will be plenty of games to celebrate wins. Lamenting frustrating losses usually only stings until you get to the next win which can never come soon enough especially when the team has a scheduled off-day like today. What happens on Saturday and Sunday and beyond could be telling on what this Washington Nationals team is all about beyond what we saw from the manager yesterday, but beyond what transpired with the manager, the players have to execute and a 1-for-7 in RISP spots has to be better.

Tomorrow’s matchup is between two more high-powered arms as Noah Syndergaard of the Mets and Stephen Strasburg face-off.  There is not a lot of match-up data beyond that Anthony Rendon has hit Syndergaard well, and in smaller doses Adam Eaton has as well. On the other side Trea Turner, Juan Soto and Kurt Suzuki have not figured him out. We will see how Davey Martinez lines up his players in this one.

Syndergaard does have a 5.79 ERA in Nationals Park for anyone curious about the 6’6″ long-haired pitcher. In contrast, Strasburg’s first starts of the season have been excellent, and in the last 3 seasons combined he has sported a 1.86 ERA. In fact, the San Diego native has a 3.14 ERA in the month of April which is an indicator of how much he likes the non-humid months in Washington D.C.

As we analytically prepare for these games, the best pitchers in the league generally dominate the opposing line-ups, but there are usually a few players who buck that trend. Figuring out the combinations to thwart the competition is part of the chess match. This is a game that looks like Ryan Zimmerman should start at first base over Matt Adams based on the small sample sizes and Yan Gomes over Suzuki.  The one piece of caution to the wind is that there have been so many days off this week, and the coaches must make sure they are getting the players some at-bats to keep their timing right.

“For me, if they want to [walk the batter], they got a dangerous hitter in Zim to face, they really do,” Martinez said. “Zim has driven in a lot of runs in his career, and we are okay with them [walking batters in front of Zimmerman]. Soto, we talked about him taking his walks, and he’ll do that.”

Just like shifts, managers will keep pitching around batters as their strategy until you start making them pay for the disrespect. If Zimmerman can thwart their strategy of pitching around the batters ahead of him in key spots, they will stop doing it. This was no different last year. In 2017, Zimmerman made the other teams pay for it hence they stopped doing it. This is a new year so we will see if this strategy works.

These are the little nuances of the game, and if you blinked you missed the first inning strategy by Mets manager Mickey Callaway. Trea Turner stole second base during Juan Soto’s at-bat, and then Jacob deGrom fired four balls in a row to put Soto on first base and face Zimmerman who smoked a pitch at 110 mph right at 3rd baseman Jeff McNeil who put up his glove instinctively to snare the 3rd out. The game of inches went the Mets way there. They might not be so lucky tomorrow.