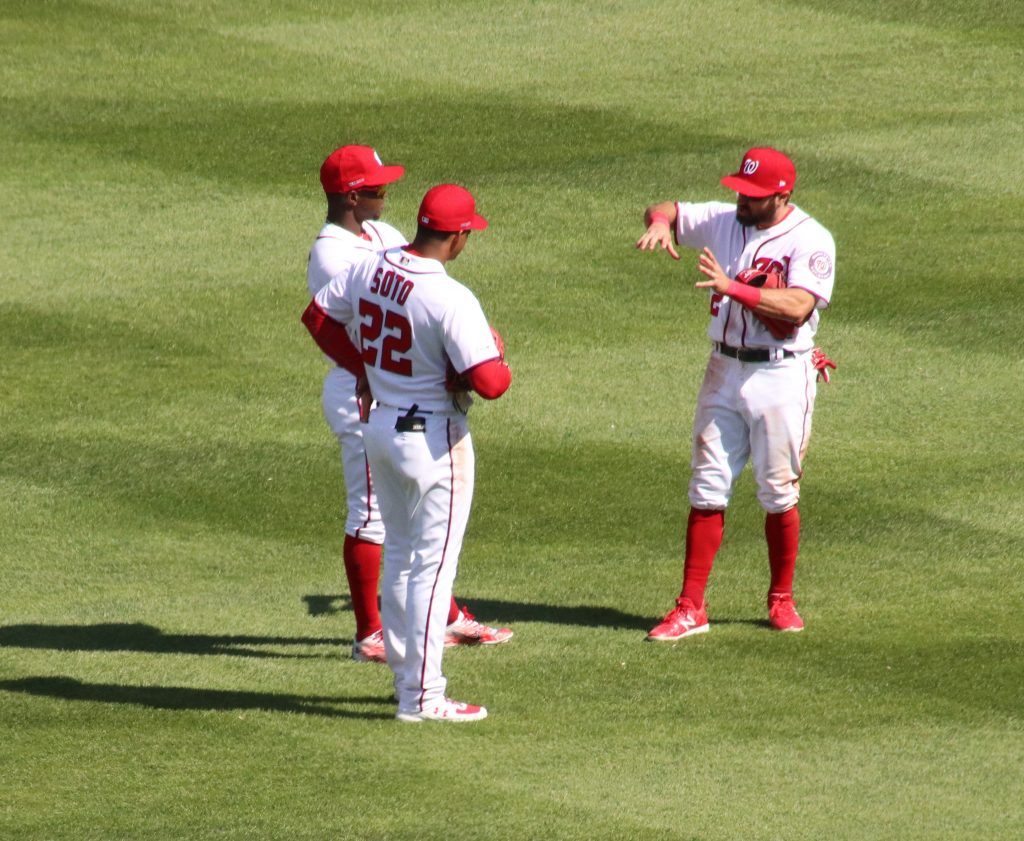 An outfielders meeting — Photo by Marlene Koenig for TalkNats

The Washington Nationals are back to work after one of their early season scheduled off-days. The best remedy for the Nats players is to get a win today after the disappointing loss on Opening Day. Today’s matchup on the mound is between Stephen Strasburg and Noah Syndergaard in this afternoon showdown. These are two of the biggest names in baseball. Both have been cover boys on Sports Illustrated — or rather Syndergaard has been a cover boy on Sports Illustrated for Kids.

In Nationals Park, Syndergaard has had his share of struggles with a career 5.79 ERA. In contrast, Strasburg gets on it quickly to start the season. Over his last three seasons, Strasburg’s first starts have been excellent with a combined 1.86 ERA. In fact, the San Diego native has a 3.14 ERA in the month of April in his career which could be an indicator of how much he likes the non-humid months in Washington D.C.

As we analytically prepare for these games, the best pitchers in the league generally dominate the opposing line-ups, but there are usually a few players who buck that trend. Figuring out the combinations to thwart the competition is part of the chess match. Below is a chart with career stats against Syndergaard by the Nationals batters.

With the day-off yesterday, all relievers should be available for both teams. We will wait and see what each manager pencils up for their starting line-ups.