Game #22 The time is right for Adam Eaton, Michael Taylor, and Jeremy Hellickson #58 with some luck of the Irish! 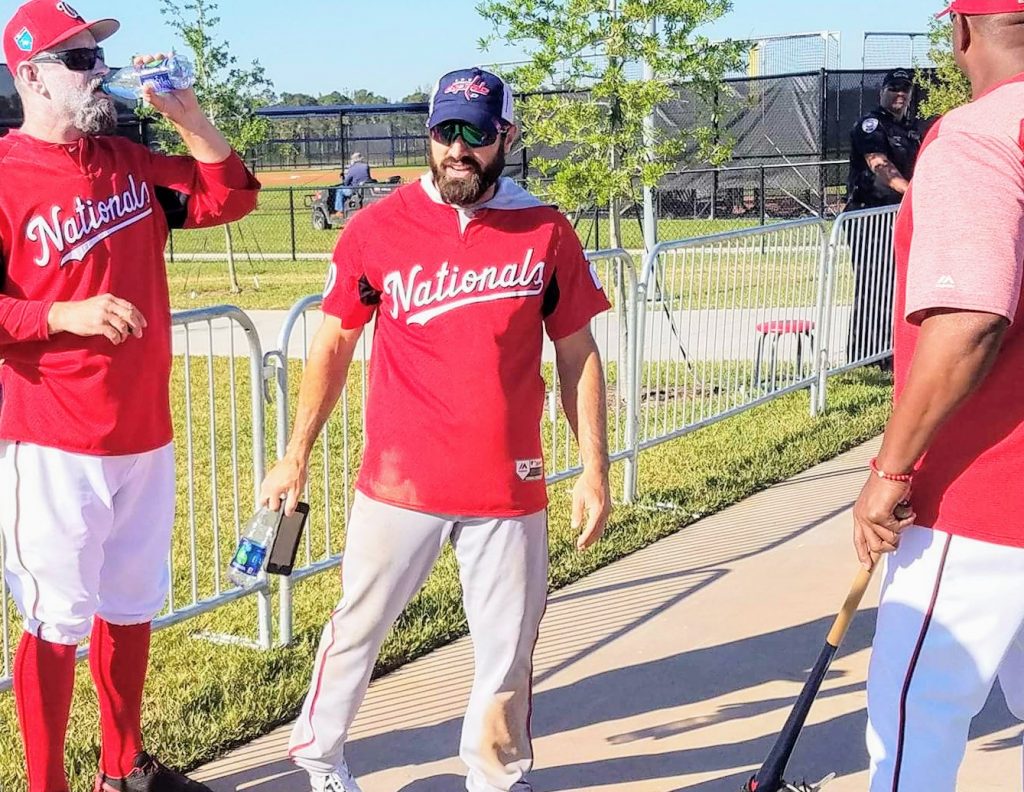 Adam Eaton is ready! Photo by Jim Osborn for TalkNats

There will be a new face in the Washington Nationals camp today as Jeremy Hellickson joins the Nationals as a free agent signing on a Minor League deal, but the biggest news is there will be a new face in Dave Martinez‘s line-up as Adam Eaton makes his 2018 Grapefruit League debut on this St. Paddy’s Day. Also in this game, Michael Taylor returns to the starting line-up after he missed almost 2 weeks with a strained oblique.

For Nationals center fielder Adam Eaton, he will be appearing in a game with his MLB brethren for the first time in almost 11-months when he suffered a season-ending knee injury. The Nationals have been ultra-cautious with their Mighty Mouse, and it is understandable given this is the pre-season — and the regular season and post-season are all that matters.

“[It has been] 320 days since I last stepped foot in a big league game,” Adam Eaton said. “Can’t wait [for the game] to get back out there!”

Adam Eaton was so excited to get back that he was the first player in camp as he showed up on the field on January 22nd. It has been a long road back filled with pain, rehabilitation, and his yearning to just be a supportive teammate. Now it is time to lace up the cleats and get his 2018 season started.

Back to Jeremy Hellickson and his new contract. It is a Minor League deal with no 40-man spot. For now, he is wearing jersey #58 if you care about numerology, and the last to wear that #58 in a game was Jonathan Papelbon and Doug Fister before him. What’s in a number? 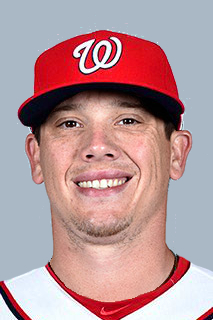 On the surface, the Hellickson signing tells you very little as it is a low risk contract with no written guarantees. But was there some oral assurances given to Hellickson through his agent Scott Boras? We have no idea  and to assume you would just be guessing.  There was a time when Hellickson looked like a frontline starter and then his statistics deteriorated. Nats fans have seen some of the best of Hellickson, and rival general managers have seen some of the worst of Hellickson which is why he was still on the market into mid-March and signed a minor’s deal although it is certainly possible that he rejected better deals.

In Hellickson’s defense of his statistical inconsistencies, the former Tampa Bay Rays outstanding Rookie of the Year was excellent in his 5 starts in April of 2017 pitching to a 1.80 ERA. Was he leaned on too heavily and fell apart after that? It is hard to say what happened but if there is some hope it is that Hellickson pitched well in Nationals Park last year. He held the Nats in two starts to a .202 batting average. He pitched well in some other stadiums also. It wasn’t all bad, but overall it was awful with a  5.43 ERA during the 2017 season for Hellickson.

According to reports Hellickson has been pitching at a camp that agent Scott Boras assembled for his unsigned free agent, however we do not now how ready he is. With Hellickson aboard, he injects himself into a battle for the 5th starter spot that looked all but assured for A.J. Cole.  Can Jeremy Hellickson be deemed ready to pitch on April 3rd? Probably not. That is the projected date for the 5th starter unless Nationals manager Davey Martinez wants to pitch his 5th starter or a spot starter for the Home Opener on April 5th which is highly unlikely so we have written the two ways the first ten days of the season could stack up:

First 10 days of the season:

Back to the here and now, today’s game will feature Tanner Roark starting for the Nationals and the New York Mets have right-hander A.J. Griffin. 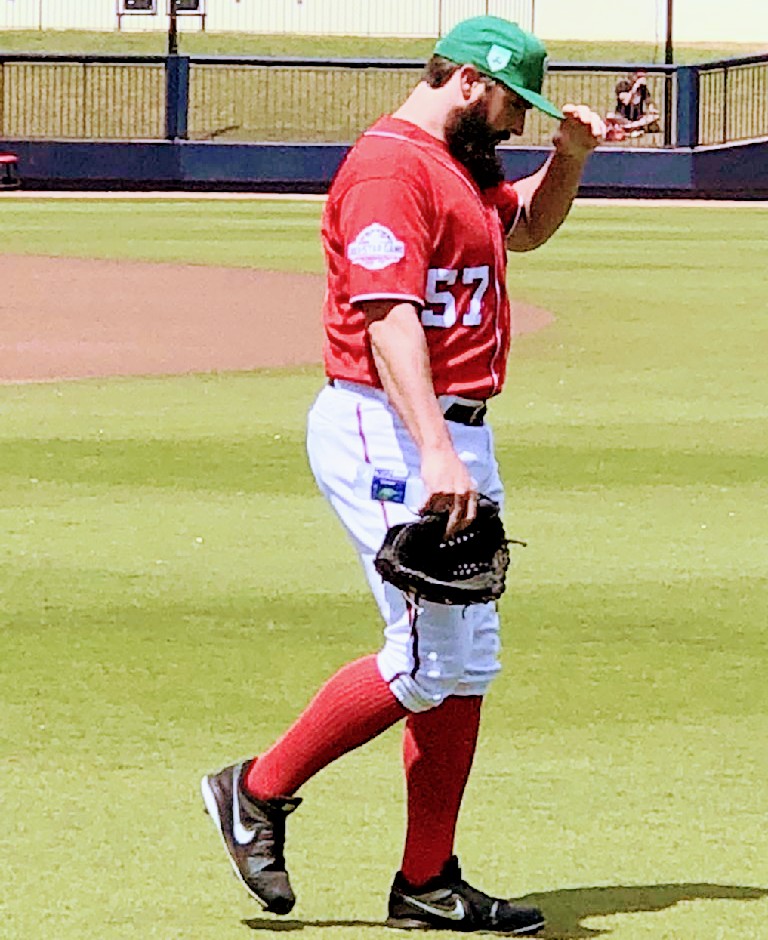 Dave Martinez has already given much of his plan for today with Adam Eaton getting 2 at-bats and then sitting out tomorrow for rest. And yes, Tanner Roark, the pitcher, is batting 8th today.

Today’s game is not televised on MASN, however it is on the radio with Charlie & Dave. 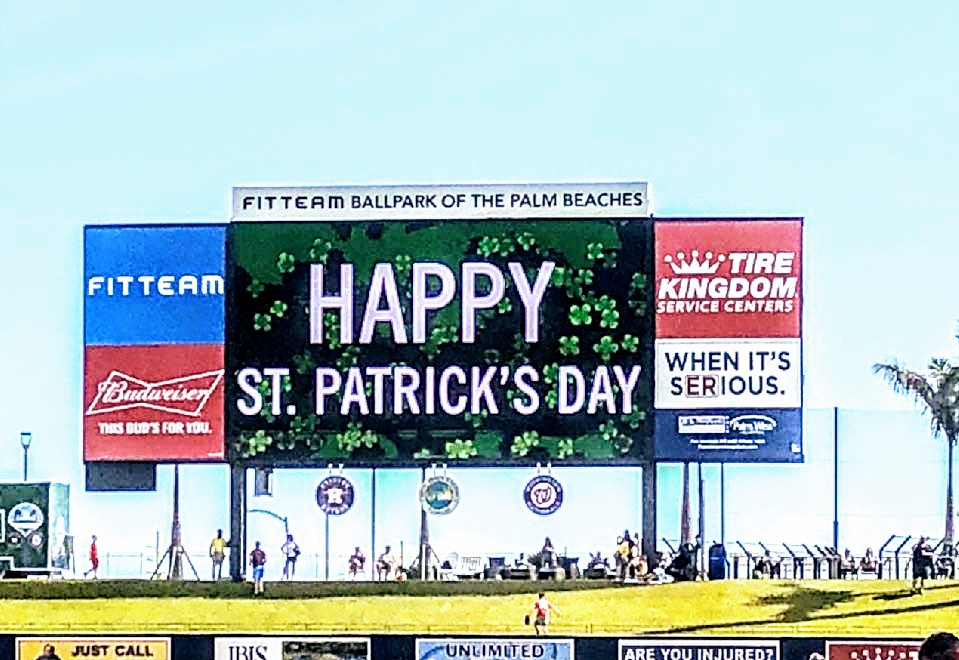