Game #23 Nats head to Jupiter for another game with the Cardinals; A.J. Cole starts 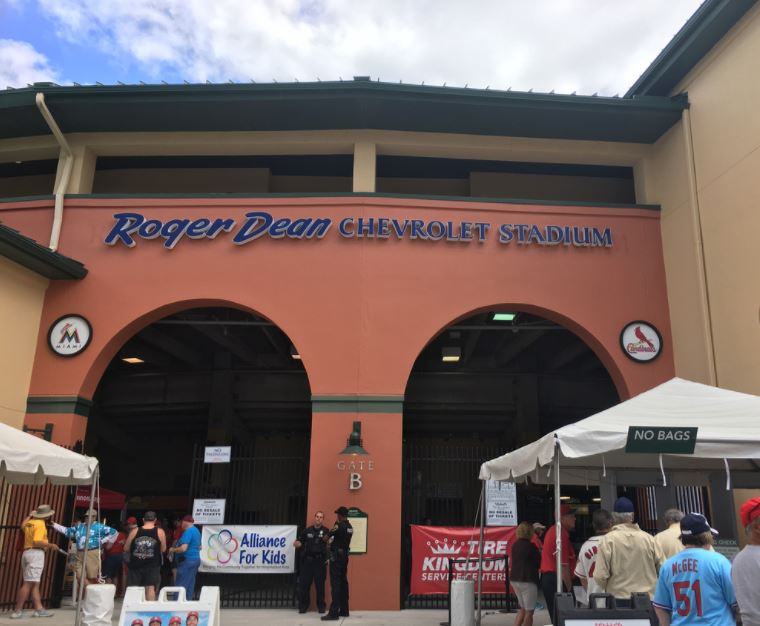 Photo by John Caulfield for TalkNats

Today marks the last full week of Grapefruit League play as the Nationals head home one week from today after next Sunday’s game against the Cardinals. Time flies it seems kind of like the long-balls yesterday. The Nationals blasted three home runs including one by Adam Eaton in his second at-bat of the pre-season.

Finally, the roster is rounding out, and some players are stepping up like Trevor Gott, Sammy Solis, Spencer Kieboom, and Moises Sierra. Some are falling back like Enny Romero and Joaquin Benoit.

If you have followed General Manager Mike Rizzo’s moves through the years, you know that he tends to carry some players such as Romero just like he did with Henry Rodriguez for three seasons until he was traded for the proverbial “bag of balls”. Similar to Romero, when Rodriguez was acquired by the Nationals, he was out of options. Joaquin Benoit is a veteran on a one-year MLB deal similar to Joe Blanton last year. It is possible that both Romero and Benoit will make the Opening Day roster regardless of their results. Moises Sierra and Spencer Kieboom are with the Nationals on Minor League deals and are not on the 40-man roster which works against both of them. Solis and Gott can both be optioned to the Minors.

Gott has pitched to a perfect ERA so far this pre-season, and Sammy Solis struck out 3 batters in his inning today including Brandon Nimmo and Jay Bruce. While Solis pitched the 4th inning yesterday while the starters were still in the game, Romero came into the game in the 8th inning to face substitute players and gave up 4 hits and a walk and 3-runs to lose the game.

With just eleven days prior to Opening Day, the front office has many decisions to make, and things got a little more complicated after the Nationals acquired right-handed pitcher Jeremy Hellickson. For today, A.J. Cole will seed into the spot in the rotation after Tanner Roark. Maybe by circumstance Cole will be the 5th starter because Hellickson is not ready. The real question will be who is going to be the 5th starter at the end of April?

Will we get further clarity today or more confusion? Stay tuned. By the way, the Nationals will have radio coverage with Charlie & Dave and the Cardinals will be televising.

Photo by John Caulfield for Talknats