The #Nats agree to terms with three of their players!

The Nationals’ guaranteed payroll as it stands now. (Spotrac) 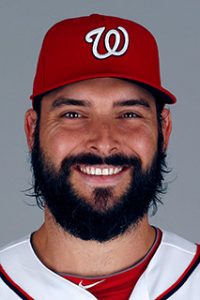 Roark placed tenth in voting for the National League Cy Young Award in 2016. He is highly likely to slot into one of baseball’s best rotations. Manager Dave Martinez could also potentially use him in a long relief role, as he has pitched out of the bullpen in the past. In three of his five major league seasons (two of them working primarily as a starter), Roark has pitched to an earned run average south of 3.00. He has a career ERA of 3.41 and a career slash line against of .243/.669. A right-handed pitcher out of Wilmington, Illinois, he turned 31 in October. 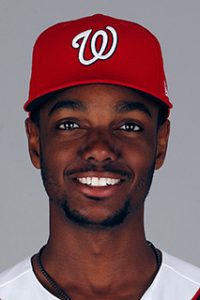 Taylor is coming off a breakout season in which he slashed .271/.806 and was a finalist in the National League Gold Glove Award voting in center field. A speed and power threat, he swatted 19 home runs last year in 399 at-bats while swiping 17 bases. Taylor is primarily a center fielder but has experience in all three outfield spots. He appears likely to serve as the Nats’ starting center fielder. A right-handed hitter and thrower, Taylor was born in Fort Lauderdale, Florida, and turns 27 in March. 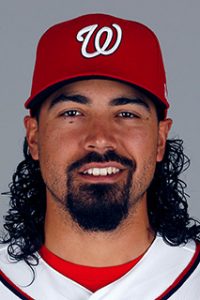 Rendon is a two-time finisher in the top ten in National League Most Valuable Player Award voting, including a sixth-place finish in 2017. A career .280/.812 hitter, Rendon was one of just five qualified hitters last year who recorded more walks (84) than strikeouts (82). He slashed .301/.937 on the season and was a finalist in the voting for both the Gold Glove and Silver Slugger awards at third base. He has also played second base and shortstop in his major league career. It seems probable Martinez will use him as his starting third baseman. Rendon bats right-handed and will turn 28 in June. He hails from Houston, Texas.

If these players’ names are familiar to you, well, that’s because these vital additions to the 2018 Nats were also members of the 2014-17 Nats (and the 2013 Nats, in the case of Roark and Rendon). General manager Mike Rizzo elected to tender them one-year contracts for 2018, exercising team control over all three players. That control over Rendon and Roark expires no later than the 2019-20 off-season, and over Taylor no earlier than the 2020-21 off-season.

Their contract status for 2018 is now official, as the Nats announced today that they agreed to salary terms for the season with all three players. Roark will get a salary raise from $4.3 million to $6.475 million. Taylor will get a raise from $557,900 to $2.525 million. Rendon will get a big bump from $5.8 million to $12.3 million. The team thus avoided arbitration with all three of its eligible players. The Nats earlier avoided arbitration for 2018 with Bryce Harper, who agreed last May to a then-record-setting $21.625 million contract for his final year of arbitration eligibility. (That record was eclipsed by the $23 million agreed upon between the Toronto Blue Jays and third baseman Josh Donaldson today.)