#TGTNH! Twenty #Nats had the first hit of the game this season…

Posted on October 5, 2017 by SaoMagnifico 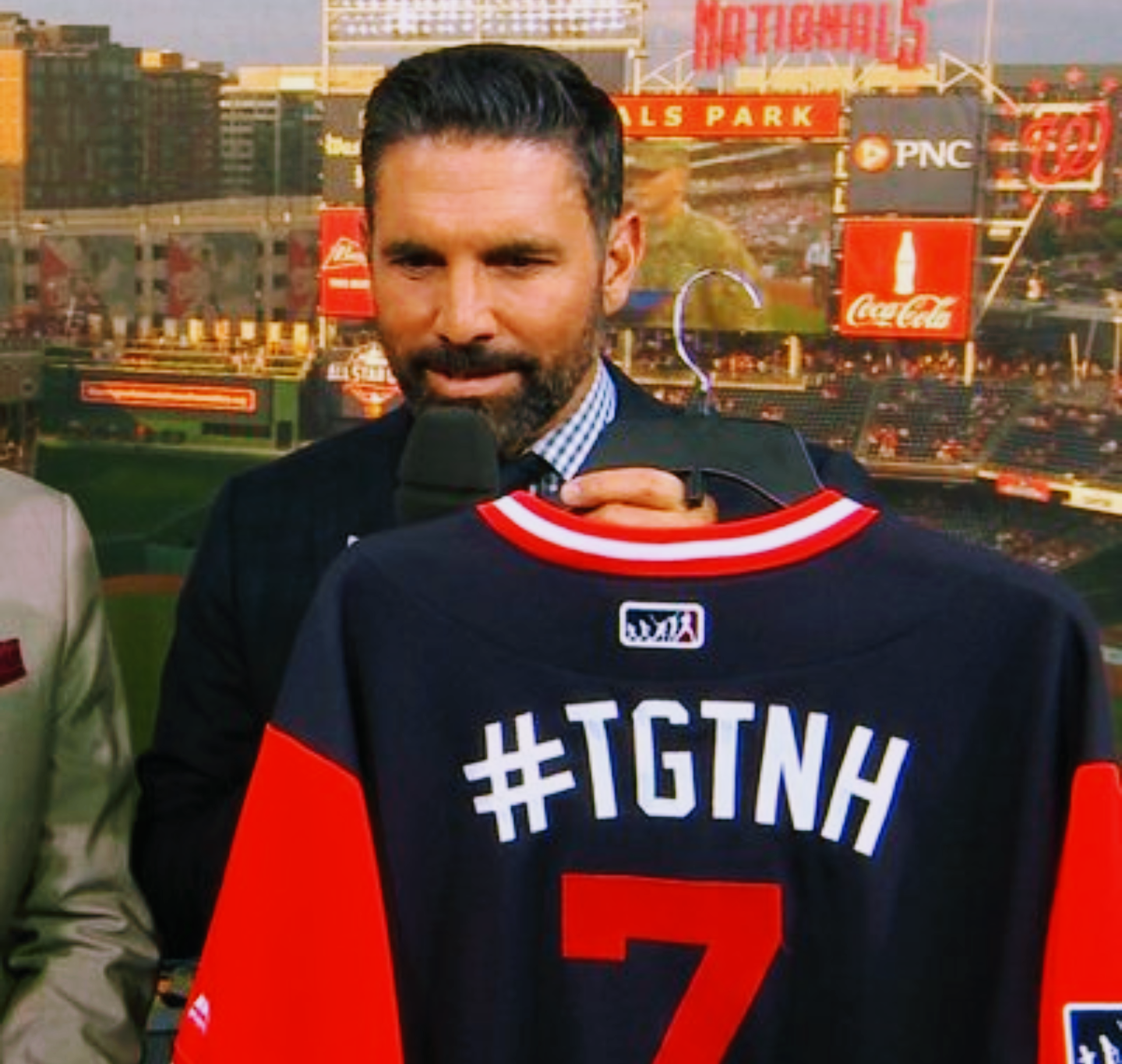 Listen: Nobody loves their sports broadcasters all the time. Sometimes, FP Santangelo will say something that makes us scratch our heads, or tell a groan-worthy joke.

But there’s something he says every game that every Nats fan is excited to hear: “There goes the no-hitter!”

FP says he picked the phrase up from his former skipper Felipe Alou, who managed the Montreal Expos during his years (1995-1998) as a utilityman for the team that would become the Washington Nationals (2005-present). What else is there to say after the first hit of the ballgame? Here at TalkNats, we’ve adopted it as tradition to post “TGTNH” in the gamethread in homage to FP or Alou or whomever coined it.

Twenty Nats this year did the honors of giving us the “TGTNH.” You can probably guess the guy who did it the most — here’s a hint: his name rhymes with “Kay Durner” — but some of them might surprise you!

But take this stat’s actual importance with a grain of salt. Rendon led the Nats during the 2017 season in plate appearances with 605, but his TGTNH is paltry compared to Harper (492) and Turner (447). That certainly doesn’t mean Rendon, who will likely finish in the top five in MVP voting, had a bad season!

How did the TGTNH happen? In 99 games, it occurred in the first inning. In only five did it take until the fifth inning or later. In 38 games, including a four-game streak toward the end of September, the first Nats batter of the ballgame tallied a hit for a very early TGTNH. In 38 more, it was the fourth, fifth, or sixth batters of the game. The second or third batter broke it up in 56 contests. In 16, it took until the 10th Nat to bat or more; one of those was a one-hitter in which Goodwin had the TGTNH against former minor league teammate Alex Meyer of the Los Angeles Angels.

Unsurprisingly, the most common way the TGTNH was recorded was by the single — the most common type of hit in baseball. The Nats hit 88 singles this season that were recorded as their first hit of the ballgame. But in a whopping 31 games, including two separate three-game streaks during the season (in early April and mid-June), the Nats broke up the no-hitter and got on the board with a home run. In fact, 38 times this season, the Nats’ first hit drove in a run; in three of those, it drove in more than one. Just five TGTNHs were triples, and oddly, two of them were notched by the veteran replacements the Nats called up from the minor leagues to play corner outfield during the season, Raburn and De Aza.

The .170 hitter Lobaton, you may have noticed, had the TGTNH for the Nats just twice this year. Bizarrely, out of the 43 games he started, both of his TGTNHs came in games started by batterymate Jacob Turner — who only made two starts for the Nats this season. What are the odds?

More TGTNH player fun: Goodwin took over as the Nats’ usual leadoff hitter starting June 30, after Turner was placed on the disabled list, and only batted lower in the order four other times until his last game of the season on August 13 (one of those because he was subbed in late in the game). In that stretch, Goodwin had eight of his 11 TGTNHs — but somehow, not one of them came after the Nats acquired Kendrick on July 28 to take over as the usual two-hole hitter behind him.

Who will be the Nats’ TGTNH heroes in the playoffs?