Anticipating the Playoff Rotation: Who will Be on the Bump When?

A few weeks ago, we had a very active discussion of what might be, or should be, the starting pitching rotation in the playoffs, particularly the pros and cons of pitching Max and/or Stras on 3-days rest at certain strategic points. As October 6 approaches and it becomes a little more clear how the rotation is lining up for the beginning of the playoffs, I thought it would be interesting to take a closer look at this question with the assistance of a visual aid to help analyze the wide variety of options that Dusty and Maddux have to consider as they plot out who is going to be on the mound to start each game. 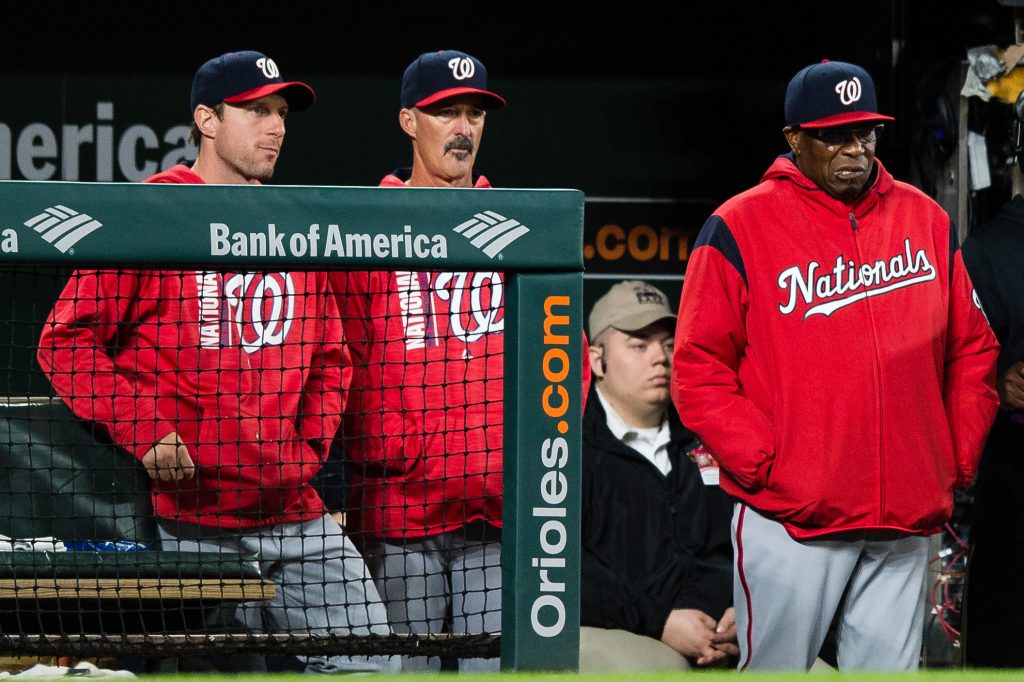 One of the things I thought was hard to game out in our earlier discussion was how pitching Max or Stras on short rest would affect the rotation later in the playoffs. For example, if you pitch Max on short rest in an elimination game in the NLCS, that will have an impact on how the rotation lines up in the World Series if the Nats survive and advance. In addition, the scheduled travel days build in days of rest and also make resetting the rotation possible after a quick victory in a series.  These are things I’m sure Dusty and Maddux are taking into account, but it’s hard to consider them properly without seeing the whole calendar in front of you.

And so, I present “Playoff Pitching Rotation Scenarios”. 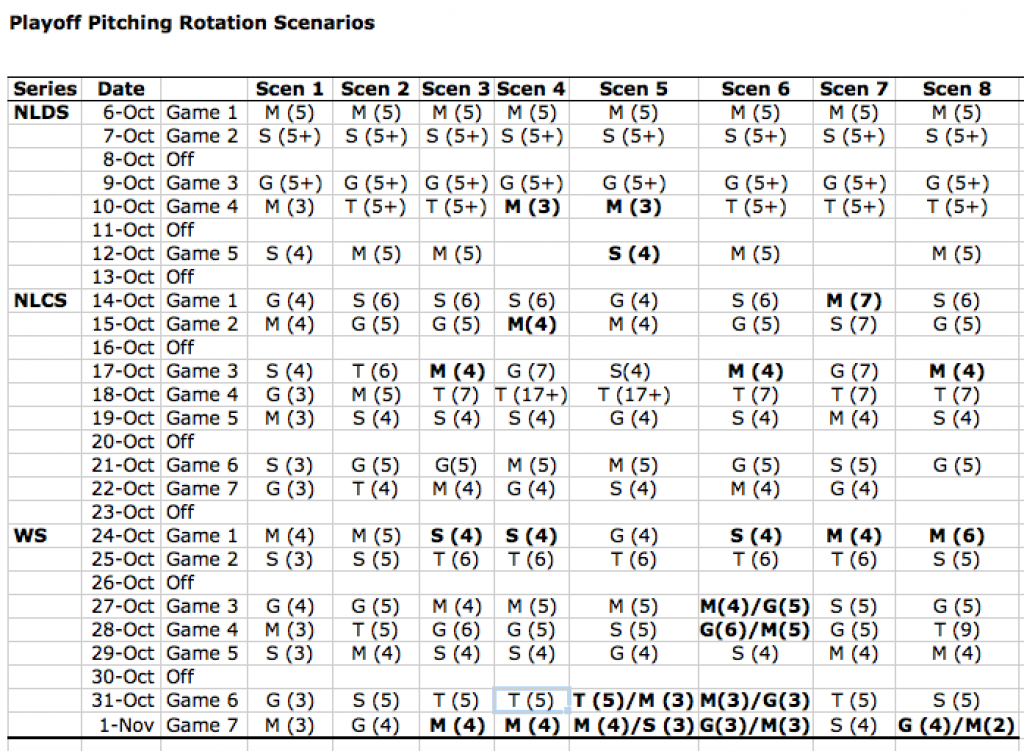 A few explanations and assumptions:  First, this chart assumes that our four possible starters are Max, Stras, Gio, and Tanner, and that they will pitch in that order at least initially. I know there has been discussion of pitching Gio in Game 2 at home or Tanner in Game 3 instead of Gio, but I used what I see as the most likely order for this chart and analysis. The initials M, S, G, and T are self explanatory. The number in parentheses is the number of days rest prior to the start. The cells in bold are strategic choices or changes to the rotation order.

Second, it looks like Max is being lined up to pitch Sept. 30, and then Game 1. That will give him 5 days rest before the Sept. 30 start and before his first playoff start. Since it does not look like Stras will pitch on Oct. 1, that means that all three other starters will have more than 5 days rest before their first start.

Third, most of the scenarios assume that each series goes the distance. Obviously, this is not necessarily the way things will play out, but we have to be prepared for 19 games of playoff baseball.  If we are able to win a series without playing all possible games, that will increase the rest days for some starters.  And if we lose a series in less than seven games . . . well, let’s not even think about that.

Let’s take a look at eight scenarios that illustrate the variety of considerations that face Dusty and Maddux as they plan the playoff pitching. If you’d like to switch back and forth to view the spreadsheet in another window or tab rather than scrolling up and down, open this link.  You can even add your own preferred scenario if you wish and discuss it in your comment.

Scenario 1 assumes that a decision is made to just use three of the best starters in baseball this year – Max, Stras, and Gio. 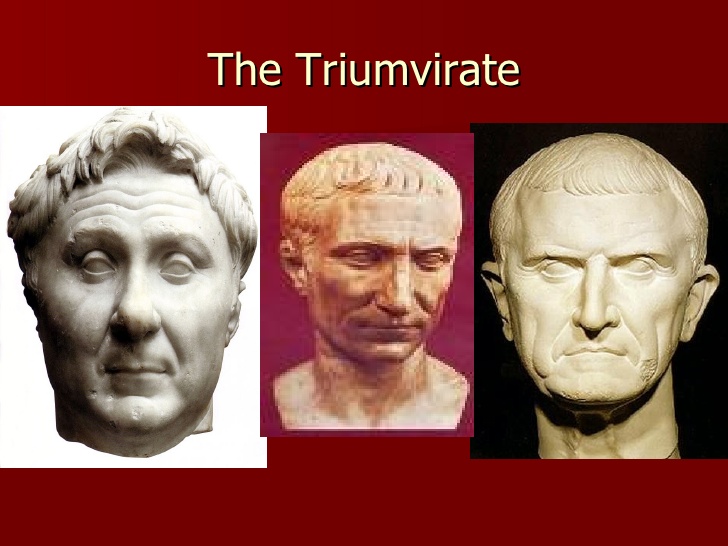 I understand that no one is seriously advocating this scenario (especially if those statues are pitching).  But I wanted to include it as a baseline for comparison and also to show the cumulative effects of short rest pitching.   You will note that after Max starts on short rest in Game 4, Stras, Gio, and then Max get four days rest before their next start. But after that, 10 of the remaining 12 starts would be on short rest. I think everyone will agree that that’s just not advisable . To summarize for comparison though, under Scenario 1, Max would get 7 of the 19 possible starts and Gio and Stras would each make 6.

Scenario 2, the “all of our starters are created equal” scenario, is also probably not going to happen but again it’s helpful to look at for comparison.  It assumes that the four starters take the mound in order throughout the series, even when the off days make a reordering of the rotation possible without forcing anyone to go on short rest.   In this scenario, Max, Stras, and Gio make five starts each and Tanner makes four. Notably, because of the frequent off days in the schedule, doing it this way gives 5 or more days rest to the starter in 15 of the 19 possible games.

Scenario 3 is the first of what I would call “likely scenarios.” It avoids short rest, but juggles the rotation to maximize the starts for Max and Stras. 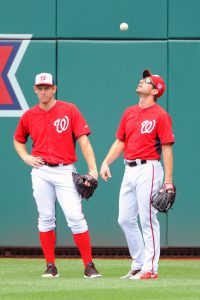 The scenario also lines up Max to pitch Game 7 of the NLDS and Game 7 of the World Series. The bold entries highlight these moves. Under this scenario, Max would start 6 times, just one less than in Scenario 1, Stras would pitch 5 times and Gio and Tanner four times each. Stras and Max would get five days rest for two of their starts, and four for the rest. Gio and Tanner would have extra rest for all their starts.

Scenario 4 could be called the “Win the freaking NLDS!” scenario. 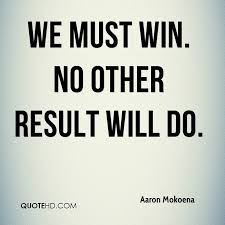 Here, Max pitches Game 4 on three days rest with the Nats up 2-1, and we win. The scenario then lays out how the rotation could be shuffled to avoid any further short rest starts and also line up Max for Game 7 of the World Series.  In this scenario, Max again makes six starts, Stras five, Gio four, and Tanner three (having been skipped in Game 4). Notably, after Max’s short rest start he gets two starts later in the playoffs with an extra day’s rest.  Stras makes two of his five starts on 5 or more days rest. And if this is the plan from the beginning, Tanner could be used in relief in one of the first four games of the series and still make his scheduled start in the NLCS.

Scenario 5 is the “break glass in case of emergency” scenario, with Max pitching Game 4 of the NLDS because the Nats are down 2-1 (or when they are up 2-1 but they lose the game).

In this scenario, Stras could pitch Game 5 on regular rest. That would lead, however, if the Nats go on to win the NLCS, to two possible scenarios as we get to Games 6 and 7 of the World Series.  The question will be whether Dusty and Maddux feel they can not only pitch Max on short rest but can also ask the same of Stras.

Scenario 6 assumes that the Nats follow the reordering strategy of Scenario 3 but that Tanner is ineffective as the playoffs progress, and most significantly in Game 2 of the World Series. This leads Dusty and Maddux to decide not to start him at the end of the series as they did in Scenario 5A. 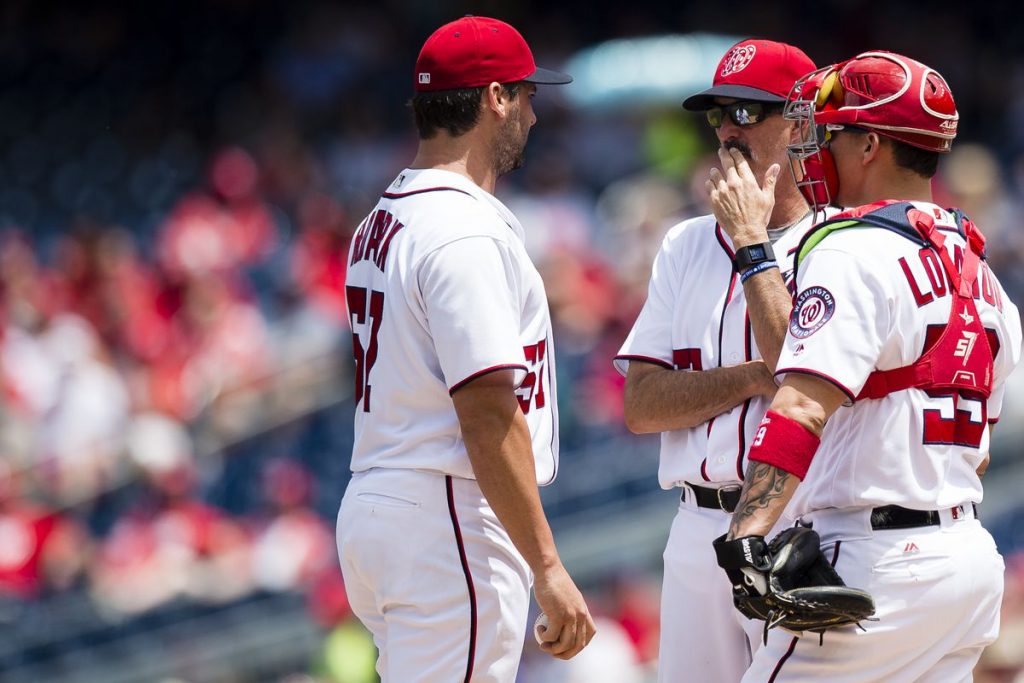 Thus, Max and Gio have to pitch  Games 6 and 7, if necessary, on short rest.  The 6A and 6B scenarios are slightly different ways to set up the rotation for the end of the Series once it becomes clear that Tanner will not start Game 6. 6B gives Max an extra day’s rest before his final short rest start. Gio gets at least an extra day’s rest in either case. Tanner would only make three starts in the playoffs under this scenario.

Scenario 7 assumes a Nats victory in four games in the NLDS, with Tanner starting Game 4.

This allows Max to start Game 1 of the NLCS, and, with a slight reshuffle of the rotation, he can start Game 1 of the World Series too, even if the NLCS goes seven games.   In this scenario, Max and Stras each start five games, Gio and Tanner 4. And once again, Stras gets five days rest before four of his starts.

Scenario 8 assumes the Nats win the NLDS in 5 games and do the standard Scenario 3 reshuffle to get Max back on the mound as soon as possible. Then it assumes that the Nats win the NLCS in six games. This allows a well-rested Max to start Game 1 of the World Series and Dusty and Maddux to again reshuffle the rotation to push off Tanner’s World Series start to Game 4.   In contrast to Scenario 7, where Tanner would pitch Game 2 and Game 6 and Stras would pitch in Game 7 on regular rest, in Scenario 8B, Tanner would start only once, Stras would start Game 6, and Max could pull a Bumgarner and start Game 7. Or, in Scenario 8A, Gio could start Game 7 on regular rest.

Here are a few takeaways from this survey of scenarios, and I look forward to comments and discussion.  First, in a comment recently, I laid out a little research on Max’s history with short rest in the playoffs, and also addressed the oft-cited example of Kershaw, which contrary to popular belief doesn’t really give a lot of confidence that even a great pitcher used on short rest can be just as effective later in the playoffs as he would be if he has regular rest.  (Click here to see that comment if you didn’t see it before, scroll down to my response to JD at 1:20 pm that starts “Good points.”)  I just think it’s playing with fire, and unnecessary, to send out any of our pitchers on short rest, at least until we get to the last few games of the World Series.

I also think this analysis shows that “short resting” Max doesn’t get us that much over the course of the playoffs. With some strategic reshuffling, Dusty and Maddux can “maximize Max” without pitching him on short rest. So my preference in a potential NLDS Game 4 elimination game would be to use Tanner on a short leash with Max in reserve. But I can see the counterargument, and pitching Max in that situation would not necessarily require future short rest outings.

Second, winning the early series in under the maximum number of games is a huge advantage in terms of setting the rotation up to maximize Max and Stras, two of the best pitchers in baseball.  With the off days, Dusty can use The Firm in every single game until Game 5 of the NLCS and he should do so to win ballgames and potentially get the extra rest for his premier starters.

Finally, there are a lot of strategic options for the rotation once we get to the World Series, and no obviously right answer in my opinion. Dusty and Maddux are going to have to consult closely with their starters about their health and figure out who will give the team the best chance to win. None of our starters except for Max has ever pitched in an NLCS or a World Series. Going that deep into October after pitching a full season has to take a toll. Adrenaline helps, but we just won’t know until we get there how much they have left in the tank.

Let’s hope we get there.