Kintzler with the save; Max with the win; Solis/Madson/Blanton Holds; Trea HR; Victor’s D 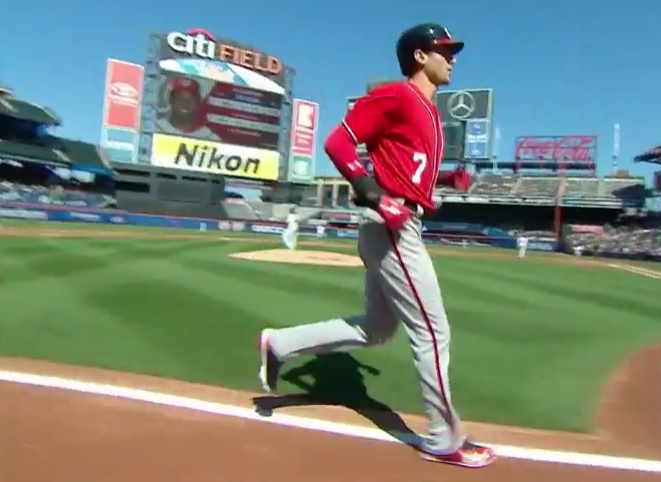 The Washington Nationals complete this series win in New York taking 8-of-10 games this season in CitiField. Today it was Max Scherzer getting the win behind a Trea Turner 2-run home run and some “nails” from the bullpen to “hold” it and “save” it as Brandon Kintzler got his 1st Nationals save for his 29th of the season.

This is the 94th win of the season for the Nationals just one shy of tying the 95 wins that Dusty Baker achieved last year. It is also another one run win at a final score of 3-to-2 for the Nationals who are now 29-21 in one run games this season. The Nats finish with a 13-and-6 record against the Mets this season.

Max Scherzer had an easy outing today as he was pulled at 87 pitches after 6 innings of work. Scherzer struggled only in the 1st inning and got an amazing Web Gem from Victor Robles to save a triple at the wall from the speedy Jose Reyes. The next batter Brandon Nimmo hit a tape measure home run to put the Mets ahead 1-to-0. The Nats went up 2-to-1 on the Trea Turner home run off of Jacob deGrom, and the the Nats 3rd run was manufactured on a Michael Taylor single along with a stolen base and MAT scored on a Jose Lobaton single.

The Nats gave up the second run to the Mets on a tough inning by Ryan Madson who was struggling with command. He loaded the bases with the go-ahead runs in the 8th inning and at 24 pitches he was pulled for Sammy Solis who struck out a right-handed pinch-hitter on a 3-2 count.

Victor Robles put his defensive skills on display with his speed and arm today. He had the Web Gem at the wall plus he also had later in the game his first outfield assist gunning out a runner at first base for a doubleplay. 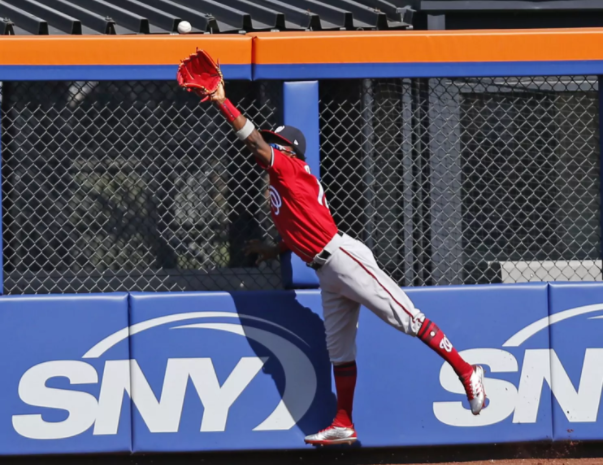 With this win, the Nationals have now clinched home-field-advantage against the Chicago Cubs. The Nationals magic number for HFA against the Diamondbacks is 2. Also of note, Max Scherzer lowered his ERA to 2.55 and raised his stock in most categories for the Cy Young award. More importantly, Dusty Baker reversed course on Scherzer and pulled him early in this game.