Who Makes the Nationals Postseason Roster?

Posted on September 11, 2017 by Michael Daalder 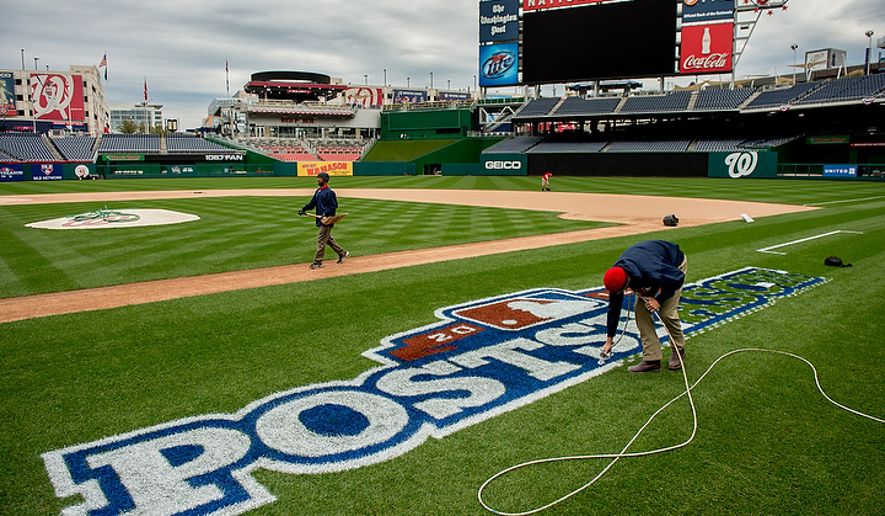 With the Washington Nationals clinched, the National League East is set for 2017. It’s time for Nationals fans to start shifting their attention once again towards October. For the fourth time in the last six years, the Nats will play meaningful October baseball, a feat matched only by the St. Louis Cardinals, who appeared in the postseason from 2012-2015, and the Los Angeles Dodgers, who have won their division in four consecutive years going back to 2013.

The National League playoff picture was clear since the week after the All-Star break, when the Chicago Cubs overtook the Milwaukee Brewers in the National League Central, and the Brewers just swept the Cubs. While the Cubs have come out of the break on fire (34-21) the Dodgers have destroyed their chances of reaching 116 wins with a good but not fantastic record (31-22) including 10 straight losses. The Nationals, meanwhile, have gone back on a run and won a game yesterday with 6 players who were in the Minor Leagues mid-season.

The Cubs are two games up on the Brewers and Cardinals with just 19 games remaining on the season, though they do play Milwaukee and St. Louis seven times each in that stretch. Meanwhile, even though the Dodgers are slumping and the Arizona Diamondbacks are in the midst of an incredible streak of piling up wins, the Dodgers are still 9 games up in the division.

With the division races coming to a close, the Wild Card race seems to be the only path to the postseason for the remaining 12 teams unless the Cubs fail to hold their lead. The only four teams still in the Wild Card race seem to be Arizona, Colorado, Milwaukee, and St. Louis. The Diamondbacks have a firm grasp of the first seed, and the Rockies are still holding on to the second Wild Card spot.

For much of the season, it seemed inevitable that the Dodgers would easily clinch best record in the league. Yet after the Dodgers recent losing streak, the Nationals find themselves just four games behind the Dodgers for home field advantage throughout the postseason. With a three game series in Washington set for next week, the Nationals could quickly gain ground in the race for best record if the Nats decide to go for it rather then playing the rookies.

With October baseball around the corner, the usual questions start to pop up. Will the best team (the Dodgers) win it all, or will a dark horse team emerge to steal the trophy? Teams struggle to find answers to their remaining weaknesses as every shortcoming is exposed and exploited on the games biggest stage. The biggest question of all of course, after a year of fluctuating players due to injuries and fatigue, is which players make the postseason 25-man roster?

The Nationals have had the blessing of exceptional depth this year when key players went down. A rush of reinforcements from the bench and minor leagues buoyed the Nats as they waited for the stars to return. Yet as the playoffs creep closer, that blessing turns into a curse as the team needs to find a way to choose who should make the roster.

For the purpose of this article, I will assume both Brian Goodwin and Bryce Harper will be returning to the team for the post-season even though Goodwin reportedly had a setback. I will also break up the roster into three categories: Obvious Locks, Deserving Players, and Bubble Spots.

Obvious Locks: The starting infield and outfield should all be set for the playoffs.

All of the players in the Obvious Locks section are all deserving of playoff spots and starting duties.

The formidable lineup of a top six of Turner, Werth, Harper, Zimmerman, Murphy, Rendon might be the best top of the order in baseball this year and will hopefully remain so come October.

Michael A. Taylor gets the nod in center field due to his excellent defensive abilities, and he has contributed at the plate this year as well. Combine 14 home runs and a .262/.311/.466 slashline with good defense (7 DRS and 8.4 UZR even in a small sample size) and he is a formidable part of the team.

Matt Wieters has had a down year offensively, slashing just .235/.291/.357 with nine home runs, but his veteran experience and ability to work with pitchers gives him the starting nod.

The starting rotation is one of the best in baseball, with Scherzer, Strasburg, and Gonzalez combining for three of the top four ERA’s in the National League. Roark has not been good this year (4.48 ERA, 4.23 FIP) but he would be the fourth starter and only pitch once a series, and he has been better as of late. Overall the rotation stacks up to the likes of LA (Kershaw, Darvish, Hill) and Houston (Keuchel, Verlander, McCullers) for best in the majors.

It’s finally time to talk about on of the bright spots in the Nationals season, the bullpen. Funny what a difference a month can make right?

The Law Firm of Kintzler, Madson, and Doolittle has been saving games for the Nats circa July 2017, and have each been outstanding in their own way.

Brandon Kintzler, or The Rhino, former closer for the Minnesota Twins sports a 2.60 ERA in 17.1 innings pitched for the Nationals this year. He has allowed five runs, four of which came in back to back appearances on July 24 and 26, and other than that he has been lights out.

Speaking of lights out, there’s been no pitcher in baseball as dominant as Ryan Madson since he joined the Nats. Altough he missed some time due to a finger injury, when he has been on the field pitching the 8th inning he has not allowed a single run. In 12 innings of work, Madson has struck out 17 and walked just one batter. His ERA is 0.00 in the 8th inning and his FIP (which takes into account “luck” is 0.80.) Like I said, dominant. I think he needs a good nickname. 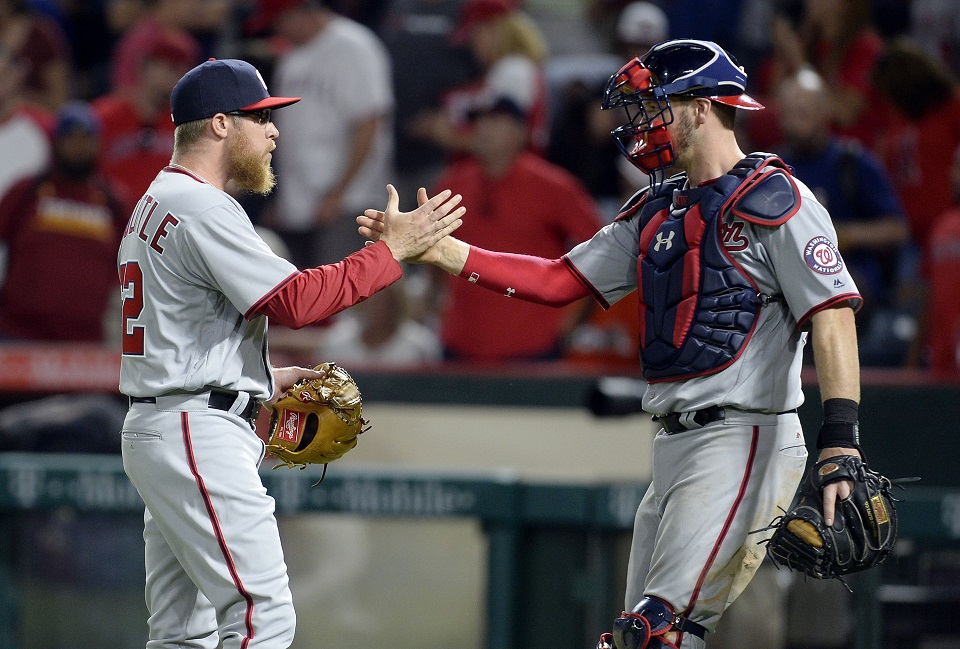 Sean Doolittle, or The Doctor, has also been impressive for the Nationals. He is a perfect 16/16 in saves, and with 23 innings pitched he has allowed 6 earned runs. When it’s counted, he’s been nails in the ninth, with exactly the mentality a team needs from their closer.

The best thing about ‘The Firm” is that each gets the job down in their own unique way. Kintzler is a groundball machine, throwing the sinker 84.9% of the time and the slider 10.8% of the time. Meanwhile, Madson blows opposing players away with a 96 mph fastball (64.6%) that’s touched 100, but he combines the pitch with a plus curveball (24.3%) and changeup that is 10 mph slower (11.1%). Doolittle throws mainly fastballs (88.7%) and combines it with a changeup that is also 10 mph slower (88%). The different looks of the Firm keeps hitters off guard and is extremely effective come October.

Deserving Players: Each of these players deserves to be on the roster, but not in a starting capacity unless an injury arises.

OF: Brian Goodwin (if healthy)

Since coming over from the Phillies, Howie Kendrick has a .310/.363/.531 slashline with 5 home runs and 22 RBI. With maybe the exception of Adam Lind and Michael A. Taylor, Kendrick might be the most valuable bench  player for the Nationals this season, and even with a potent starting outfield he can be a great bat off the bench. 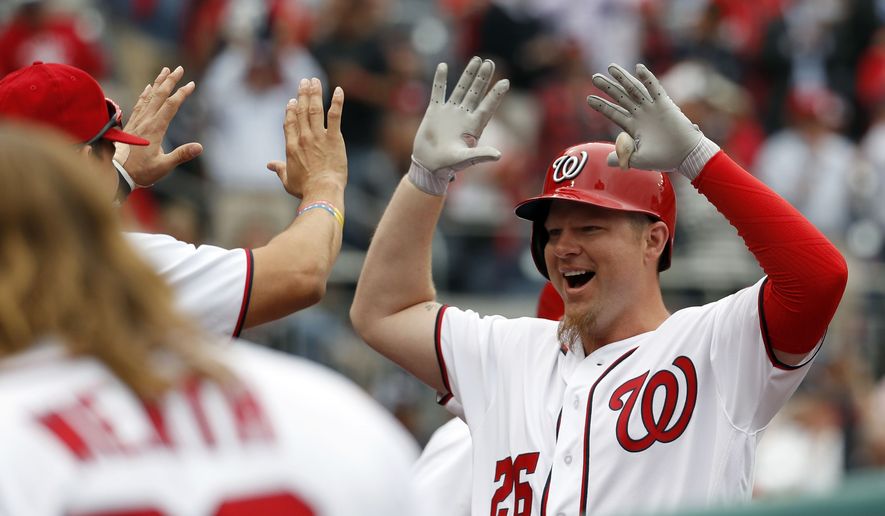 Another great bat of the bench in a power role is Adam Lind. He’s batting .303 with 11 home runs. He has an unbelievable .341  AVG off the bench with 3 HR in just 41 AB. He’ll be a key piece for the Nationals late in the game.

When you think of Wilmer Difo, you don’t necessarily think of him as a game changer. But in the postseason where every run is magnified, and player who can come off the bench and steal a base for you can be the difference between elimination and moving on. Difo is that speed, and his plus defense at shortstop  makes him a very important member of the team. Oh, and he’s batting .281/.331/.389.

Assuming he is healthy and has enough at bats to be ready, Brian Goodwin is a good defensive replacement for Jayson Werth out in left. He was also impressive with the bat when the Nats were plagued by injuries and is hitting .251 on the season with 13 home runs.

José Lobatón is the last obvious position player pick because he’s the backup catcher in case something happens to Matt Wieters unless they decide Pedro Severino makes more sense off the bench to pinch hit. Lobatón is a good framing catcher and could potentially be a defensive replacement late in the game, but overall is just insurance in case Wieters can’t play.

Perhaps no one in the bullpen is more deserving of a roster spot than Matt Albers. He carried the pen when it was struggling at the beginning of the year, and continues to escape tough jams in key situations even now. And a shiny 1.71 ERA puts him over the top.

Óliver Pérez gets a spot as the lefty specialist. Think getting Anthony Rizzo or Cody Bellinger out in a key situation, and he’s your guy. A 3.34 ERA before giving up a three run home run on September 8th certainly helps too.

Joe Blanton could be key out of the bullpen, and though his season ERA is over 6.00, he has been considerable better as of late. Since June 25th, his ERA is 3.68, and he has postseason experience that is key in the bullpen.

Edwin Jackson might surprise a lot of people, but he has a 3.29 ERA with the Nats this year, and could be a valuable long man out of the pen. The only possible downside is his 7.00 ERA in the first inning, which is troubling for a long man, but it may regress back to a normal level.

With 24 players already on the roster, that just leaves one remaining spot.

*  Victor Robles would only be eligible for the roster if Goodwin was not able to return, as he was not on the 40-man roster on August 31

Many of these players would be excellent on the roster, but with ten players and only five spots, it becomes tricky to choose.

Cole is the player I’d least expect to make the roster, as his role (long man) is already being filled by Jackson.

Barring injury to Wieters or Lobatón, I would not expect Severino to make it on the roster either, as carrying three catchers on a postseason roster is not needed.

Matt Grace is another potential long man who was key for the Nationals this season, but his 4.70 ERA doesn’t scream playoff ready.

Both Shawn Kelley and Sammy Solis have had their seasons derailed by injury, but only Sammy Solis has returned to good form and the lefty Solis has a better chance of making the roster thanks to a 3.65 ERA since his return to the team.

Enny Romero seems to me to be the final pick to round out the roster. He is sporting a good 3.81 ERA, and has been a consistent part of the Nationals bullpen all season long. His 98 mph fastball adds velocity to a bullpen that is perhaps abnormally finesse based in the age of increased fastball velocity. 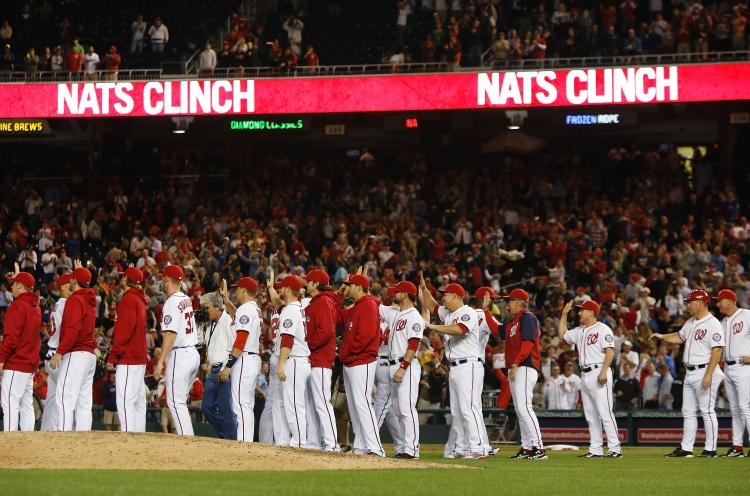 Come October, there is a good chance that the Nationals 25-man roster may be one of the deepest and most diverse in terms of the skills of each individual player out there.

Your 2017 Washington Nationals Postseason Roster could look very much like this:

Northwestern University Class of 2021, writing about all things Nationals for Talk Nats, The Medium and ROBaseball.com. Twitter: @Michael_Daalder
View all posts by Michael Daalder →
This entry was posted in Analysis, CoachingStaff, Dusty, Lineup, MikeRizzo, Prospects, Roster. Bookmark the permalink.
← Previous Article | Next Article →