Magic # is 0 thanks to a Strasburg gem; Trea power; Madson save #1; Marlins lose on Braves walk-off!

For the 4th time in 6 years, your #Nats are NL East Champs. pic.twitter.com/crFjkuP4zg

The Washington Nationals right now have clinched the NL East crown based on the Nationals winning today and the Braves walked-off the Marlins. 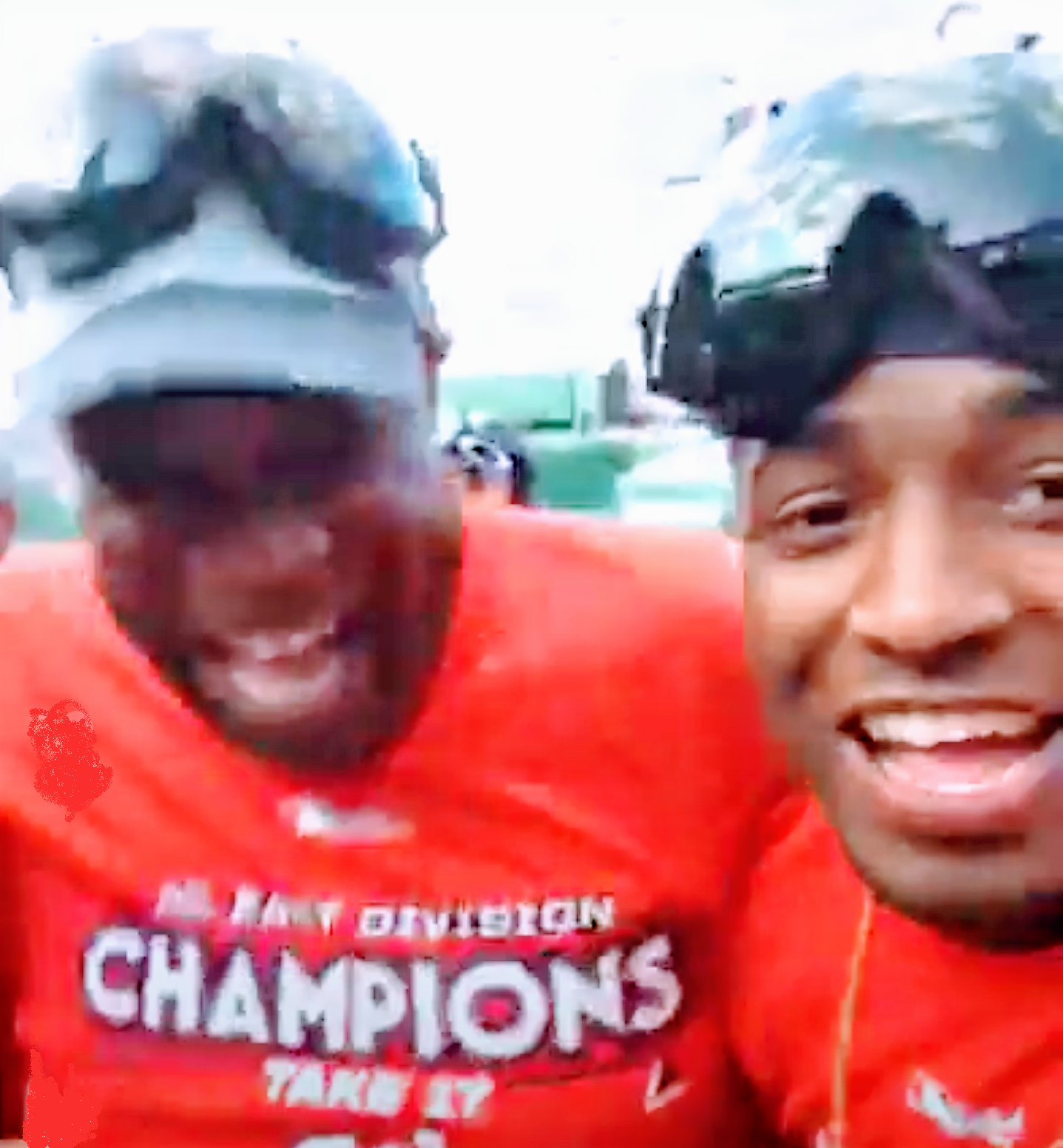 The Nationals youngest player, Victor Robles, celebrates with his manager.

Trea Turner scored the first run and the last run in this game and his home run in the 8th inning was the difference in the 3-to-2 win after Stephen Strasburg pitched an 8 inning shutout gem, and Ryan Madson gave up 2 runs in the save.

Stephen Strasburg moved his scoreless innings streak to 34 innings. With 10 strikeouts in today’s game, Stephen Strasburg has recorded his 7th 10+ strikeout game of the season which is his 36th of his career. Strasburg pushed his ERA down to 2.64 which is now 5th best in the Major Leagues.

It was also a milestone game for Victor Robles who got his first MLB hit which also drove in his first run and his first RISP hit. Robles slid over 3rd base or else he would have had a triple. In this game, Robles got to show off 4 of his tools, but because he didn’t need to throw the ball he didn’t get the chance to show off his arm. 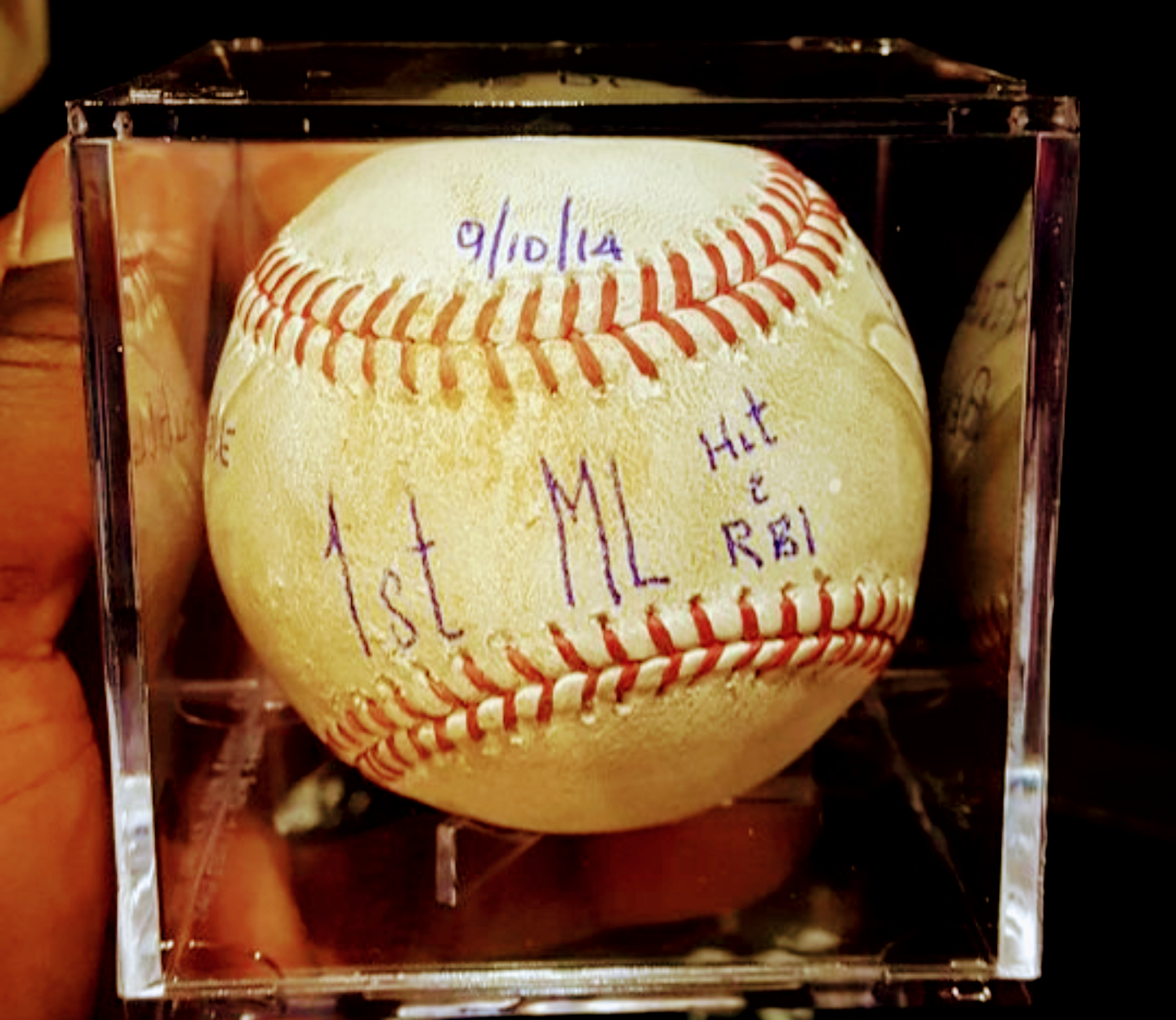 Wilmer Difo had two hits in the game including a double, and Trea Turner was 2-for-4 with a triple and a home run with 2 runs scored. Turner raised his OPS to .781 in the game.

Ryan Madson took over in the 9th inning to relieve Stephen Strasburg and he gave up two groundball singles and with 2 outs gave up a bloop single that scored 2 runs. With the tying run in the batter’s box, Madson got the hottest hitter in baseball, rookie Rhys Hoskins, to groundout for the final out of the game earning Madson his first save in his career for the Nationals. 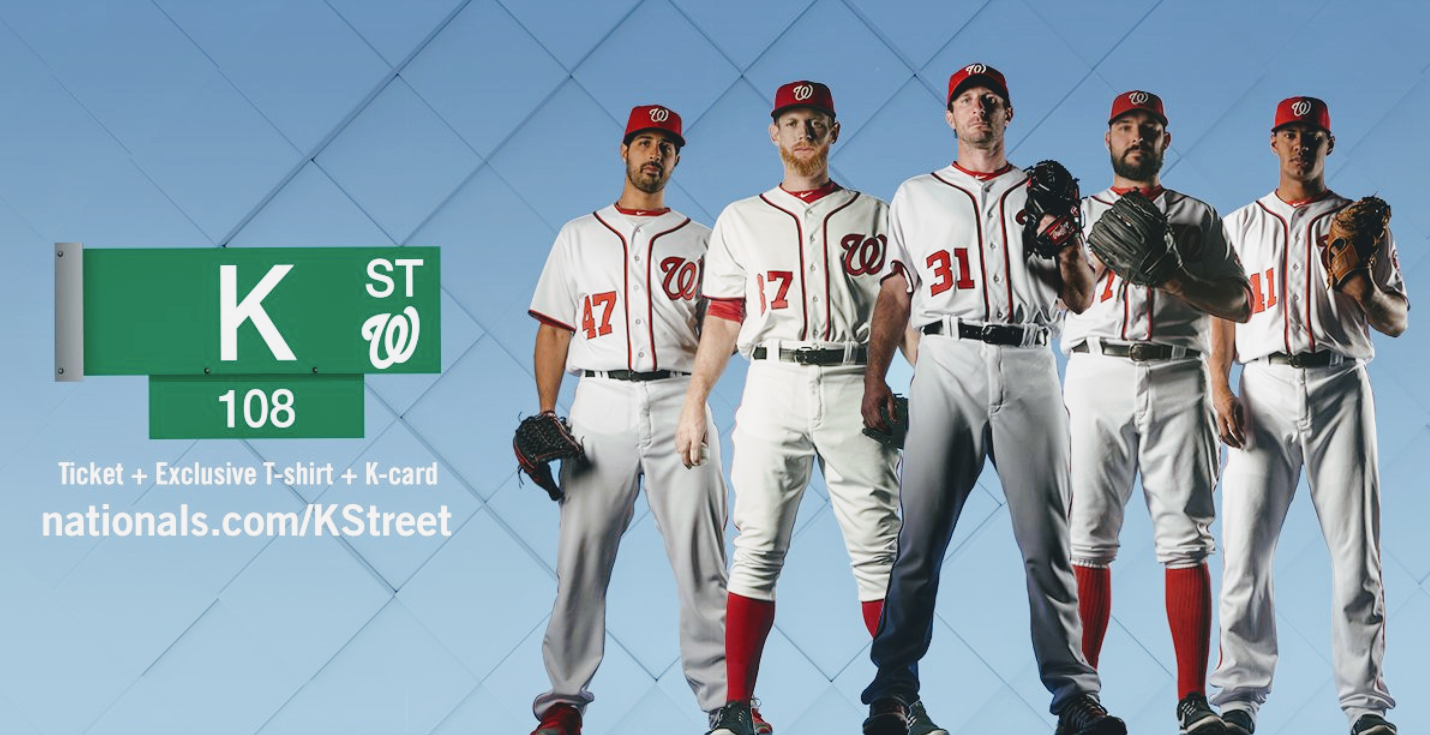 Strasburg’s catcher today was Pedro Severino, and he did an excellent job calling the game and receiving pitches. There is still a decision to made as to who the back-up catcher behind Matt Wieters will be on the post-season roster.