Jet Lag is a real drag 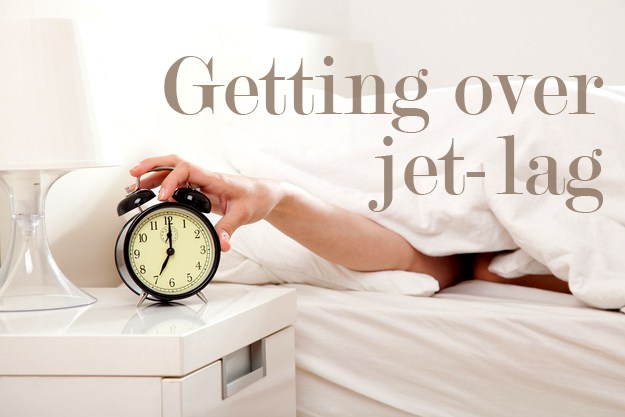 Jet lag is a legitimate, pretty terrible feeling that most people have experienced at least once in their life if they travel long distances on an airplane. Dr. Ravi Allada, a super smart sleep scientist, and his colleagues at Northwestern University wanted to study the phenomena of jet lag… because smart people like to study things. The problem, however, is that most information about jet lag is anecdotal, and you can’t apply science to anecdotes.

Enter baseball, and it’s obsession with keeping stats on every teeny, tiny detail. Allada’s team looked at 20 years (!!!) worth of baseball games between 1992 and 2011, and found 4,919 games where the players were considered to be jet lagged. Their definition of “jet lagged” was travel that covered at least 2 time zones, and they allowed for a recovery of 1 time zone per day. They made adjustments in the stats to account for differences in home and away performance (home teams tend to play better) and differences in the ball parks. They then used all kinds of math and science on the stats kept during these games, and recently published their findings in Procedures of the National Academy of Sciences.

What they found was that traveling east has a much greater effect than traveling west does, which supported anecdotal findings and reports by jet lagged people. Your natural circadian period is slightly over 24 hours. When you travel west, you simply adjust your sleep/wake times to accommodate the time change. Traveling east, however, removes hours from your day, making it impossible to make the same adjustment (you can’t go to bed 3 hours ago). Eastward traveling teams had a tendency to give up more runs and to lose more frequently.

The majority of the extra runs allowed are accounted for by poor pitching performance. The researchers found that pitchers were more effected than batters, and the only noted decrease in defense was seen in pitchers. Those experiencing jet lag after traveling east were more likely to give up the long ball. This change accounted for the majority of the extra runs allowed. The simple solution here would be to send starting pitchers ahead of the team if eastward travel is involved. While teams do sometimes do this, it is generally only a few hours ahead if the team is expected to arrive at the new city in the wee hours of the morning. What they should do is send the pitcher a day or two in advance, depending on how far the travel is. This, obviously, gets complicated when you factor in off day routines.

Offensively, it appeared that only the home teams were impacted by eastward travel – there was no significant correlation seen between jet lag and offensive numbers for the visiting teams. How weird is that? Dr. Allada found that the jet lagged home team scored fewer runs, showed decreases in batting average and on-base percent, and had decreased team slugging. They hit few doubles and triples (doubles being the largest noted difference), had fewer stolen bases, and ground into more double plays. So, science says that the Nats didn’t stand a chance in Game 5 against the Dodgers. The researchers were surprised that it was the home team that struggled with the travel. They theorized that it was perhaps because the visitors had a more regimented schedule in their host city vs. the group of guys who all went home to their separate residences filled with wives, children, pets, Jayson Werth and Bryce Harper chia heads, and life in general.

Travel and the grind of the season has been a hot topic in recent years. Anyone who watches Nats games has surely heard FP talking about how the travel schedule impacts the players. The new MLB CBA took note of the complaints and put a few small changes into place. Starting in 2018, the 162 game season will now be played over 187 days (up from 183), allowing for a few more off days. They also made changes regarding start times of games when the team must travel more than 2.5 hours afterwards. If the team is hopping a long flight after the game, the game will have to start earlier. Guess that means Jayson Werth won’t be questioning the schedule as often when doing a post-game interview with Dan Kolko. There also won’t be any early afternoon games following a night game in a different city (you hear that, Cubs? If your opponent is coming to you from a 7 pm Thursday game, no more 2:20 Friday afternoon games).

Of note, the Nats are making an extra trip out West this year thanks to the NL East being paired with the AL West in interleague play. They have a trip to California in May/June consisting of the Giants, As, and Dodgers before coming home to host the Rangers. There is a built-in off day, but the guys will still be jet lagged to start that series with Texas. The Rangers will be coming to us from a 2 game series with the Mets, so they’ll be well adjusted to the East coast when they arrive. Following the All Star break, the Nats head to the Reds, Angels, and D-Backs, and then fly home to take on the Brewers. Again, there’s an off day, but the 3 hour difference will still be impacting our guys when the Brewers series starts. Like the Rangers, the Brewers will be coming to us from an East coast team (the Phillies), so they, too, will be fine. The third trip out West for the Nats starts with a Padres series in August. Luckily, they travel to Houston to take on the Astros before heading home to battle the Mets (who at that point in the season will hopefully be floundering and fun to laugh at). The stop in Houston should lessen the overall impact of another West coast trip, but there still will be an effects. The Mets will be coming to us from a home stand, so their only issues will be their own ridiculousness. (How is it that every time we return from a trip out West, the team we’re facing won’t be jet lagged??)

Being a jet lagged team from eastward travel doesn’t mean you’ll lose. It just means it’s a little harder to win. Hopefully our guys will overcome. It’ll be interesting to see if this information has any impact on scheduling in the future.

Science. It’s some cool stuff, no?