Washington, D.C. is well represented in Topps Series I 2017 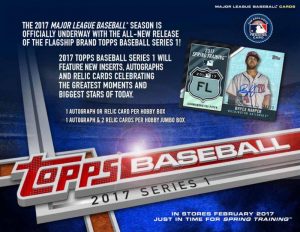 On Wednesday, the standard in baseball cards, Topps® released their 2017 cards for sale to the public! Topps Baseball Series 1 is back with new designs just like it has done every year since 1952!  The Topps Company, the exclusive trading card partner of Major League Baseball, released this first series of their 2017 annual baseball card set that includes fan favorites, superstars, up-and-coming rookies and the recent addition of popular First Pitch™ inserts.

As of Wednesday, baseball fans around the world can start ripping packs and collecting cards of amazing moments, rookies and superstars. What is unique in Topps Series 1 is special cards depicting on-air personalities from the MLB Network including Lauren Shehadi who is a graduate of Langley High School in McLean, Virginia and notable Nats fan. Also in Series 1 are newsworthy moments depicted on the First Pitch collection insert set that includes two Nationals Park first pitch moments by: actor Leslie Jordan and Miss USA Deshauna Barber who was the Miss District of Columbia USA 2016. 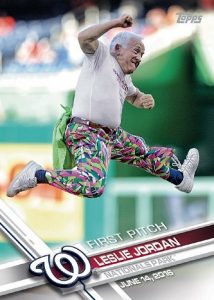 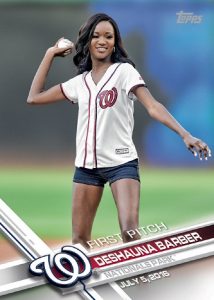 Collecting baseball cards is for kids of all ages, and we probably don’t get enough opportunities to share these types of  articles. Topps Baseball is art meeting baseball. Whether Topps uses artists with their paint brushes or their talented photographers or graphic designers, the creativity never disappoints!

“Topps Baseball Series 1 is the official launch of the baseball season and a part of Americana as generations of fans eagerly await the annual baseball card release,” said David Leiner, General Manager and Vice President at Topps. “Each year, Topps Baseball includes the best players and must-have rookie cards. Collecting cards is the perfect hobby to enjoy with friends and family, and we are proud to keep that tradition alive.”

If your favorite Nats cards weren’t in Series 1, don’t fret because there are more cards coming in the June release of the 2017 Topps Baseball Series 2 and the October release of 2017 Topps Baseball Update. Additionally, Topps is giving away two million cards in The Ultimate Card Giveaway, giving baseball fans a chance to find original Topps cards from throughout its 66-year history.

“As the game has evolved so has our product offerings,” said Clay Luraschi, Topps Vice President of Product Development. “This year’s release features a modern design and includes players’ social media information on the backs of cards, all while celebrating the rich history of Topps and Major League Baseball.”

Social Media? Yes, they list any Social Media sites the players are active on, and as expected there is nothing for Daniel Murphy who is noticeably not active on social media.

Who can pick a favorite? Here is a sam 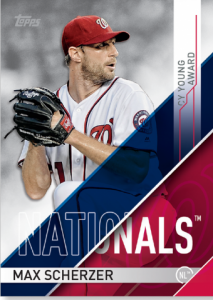 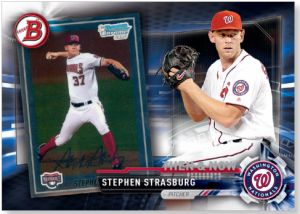 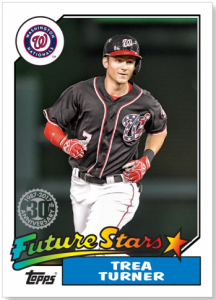 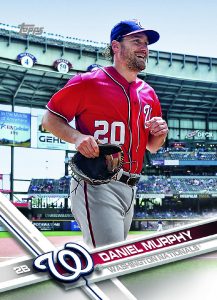 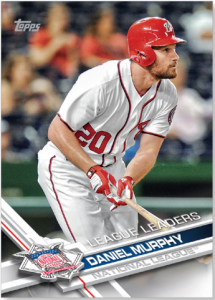 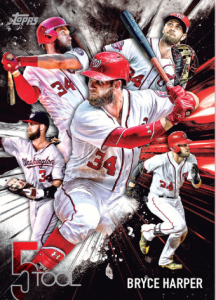