Lots of very interesting presentations at the DC SABR meeting today. Sam Mondry-Cohen of the Nationals had the meatiest presentation. Will have an overview of his presentation within the next day. But here is a quickie post to give Ghost a night off. 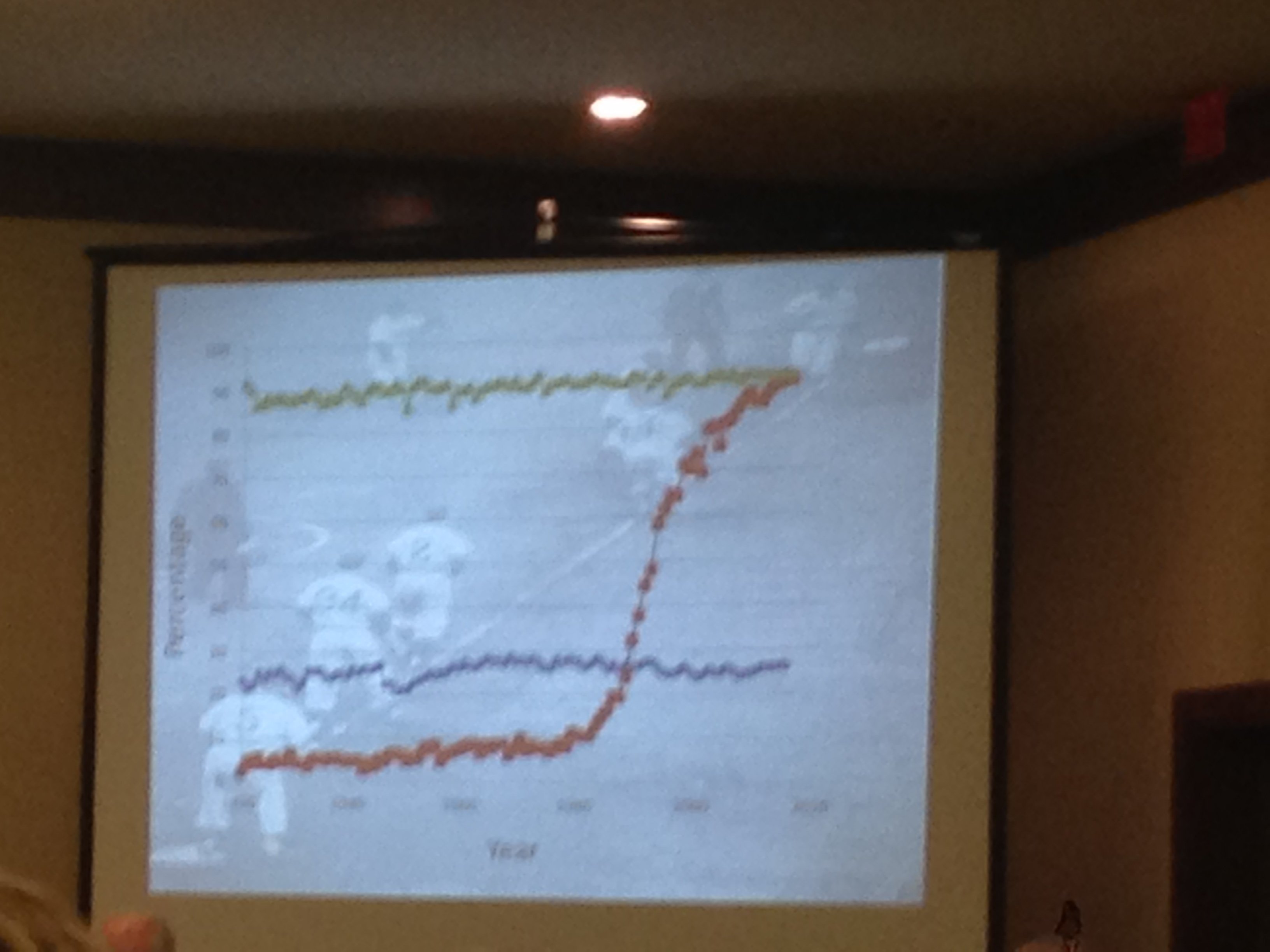 Cult of the Closer

The picture at right was from Dave Smith’s presentation. He basically just ran thru a bunch of interesting factoids. The three lines in the chart represent data since 1925.

Smith’s point is that closer’s have not had much impact on winning games. He did not show a graph, but commented that the line is a bit lower for 1 and 2 run leads – but still basically a straight line.  In a conversation after his talk he expressed his opinion that teams should use their guys who are best at getting outs in the high-leverage situations in whatever inning makes sense. His opinion is that saving them for the ninth makes little sense. This generated some interesting comments in the prior post.

Chelsea Janes’ presentation was also interesting. She had a number of insights on the impact of covering the Nationals (who do a great job of keeping things close until literally the last minute). She made the following observations in response to questions from the audience:

A post on Sam’s talk is coming soon. Have 5 pages of notes on that. As a preview he was pointing out the work of Daren Willman (formerly of Baseball Savant, now at MLB Advanced Media). Follow him on Twitter at @darenw.

Both Section222 and NatsRed4DinDC were at the meeting and I am sure they will comment to update/correct anything I’ve said here or that has been overlooked.

This entry was posted in Jayson, RyanZimmerman, Sabermetrics. Bookmark the permalink.
← Previous Article | Next Article →