47 days to Spring Training & Rizzo has more work to do. Let’s Talk Nats!

The Super Bowl seems to be the reminder on the calendar for players to start packing for their Spring Training destinations, and while we follow our Nats on social media there’s no telling who will come into Spring Training for the coveted “Best Shape Of Their Life” award and Bryce is looking fit! 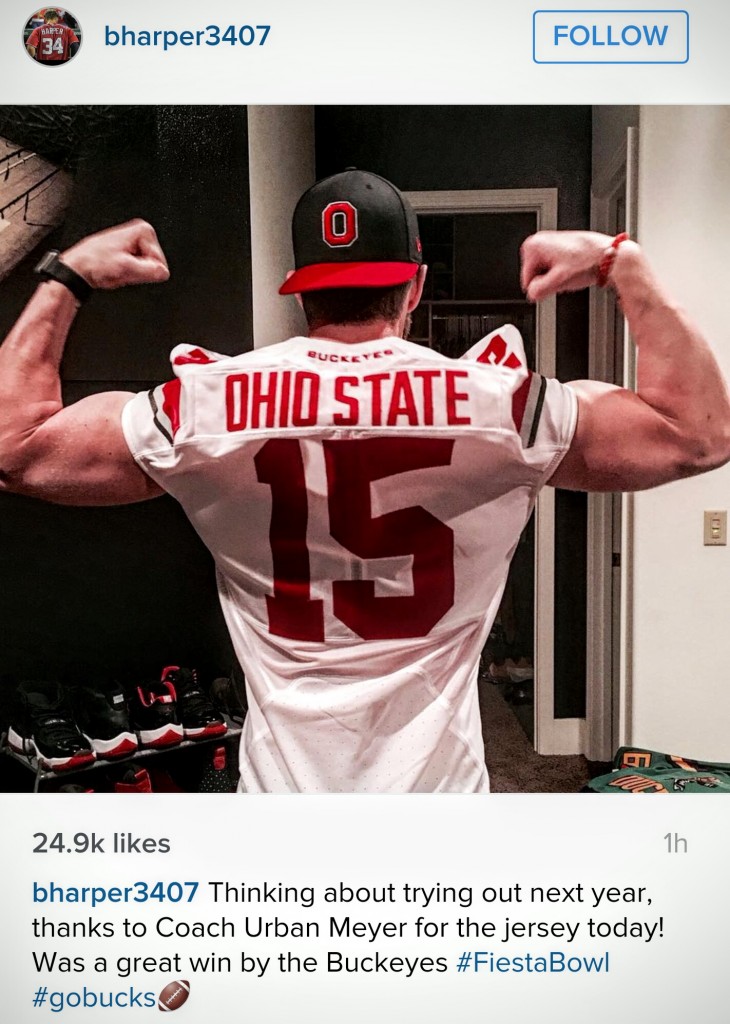 We knew Rizzo’s Hot Stove objectives as well as Dusty Baker’s and Bryce Harper’s.  Rizzo wanted to get younger and more athletic while adding that lefty impact bat.  Dusty Baker wanted that high OBP speedy leadoff man and an improved bullpen.  Bryce Harper wanted that lefty bat and the big right-handed bat before or after him in the line-up.  The Nats could end up younger when all is said and done.  The Nats did get more left-handed with the additions of Daniel Muprhy and Stephen Drew. The bullpen is stocked with 4 new arms with the names of Kelley, Gott, Petit, and Perez.  The Nats got an impact lefty bat with Daniel Murphy.

Dusty Baker still is hoping for that high OBP speedy leadoff guy, and let’s be realistic, those players are highly coveted and very difficult to acquire.  Span, Blackmon, Fowler, Gardner, and Parra are the 5 names most mentioned for that spot and each has question marks attached.  Will Rizzo acquire one of those players or go with Werth or Rendon to lead-off for the 2016 Nats and stick with Michael A. Taylor in CF?  That’s the million dollar question.

Will Bryce Harper get that big righty bat in names like Justin Upton or Yeonis Cespedes? Highly unlikely from all indications and while Mike Rizzo is full of surprises, those moves would move Bryce Harper to centerfield which Mike Rizzo is hesitant to do.

We have also discussed Rizzo and the Nats being attached to Chris Davis and Wei Yin-Chen which seem like remote possibilities—but you never say never with Scott Boras players and Ted Lerner’s team.

Let the 2016 portion of the Hot Stove begin!

This entry was posted in Dusty, RizzoForADay, Roster, SpringTraining. Bookmark the permalink.
← Previous Article | Next Article →