Name the title, author, and the number of pages:
Kiss the Sky: My Weekend in Monterey at the Greatest Concert Ever, Dusty Baker, 155 pages

Identify the type of book:
Autobiography

Identify the main characters:
Dusty Baker: Author and protagonist, Dusty details growing up in California, listening to all sorts of music during the San Francisco hippie movement and his early days playing sports. Followed by his success on the ball field which allowed him to meet many of his musician heroes.

Jimi Hendrix: Rock and Roll God who Baker idolized having seen him in concert.

Hank Aaron: All time baseball great who Baker played with during his early seasons in professional baseball.

Describe the book’s setting:
Baker travels from his family’s homes in Riverside and then Sacramento California, locations that were relatively integrated for the 60’s, to the highly segregated deep south in the late 60’s where he played in the Braves minor league system.

Give a brief summary of the plot:
Dusty writes about the big events of his life and all of his many brushes with greatness. As a high school student he and his buddies drove down to Monterey to attend probably the second most famous rock concert in American history, where he witnessed the iconic moment when Jimi Hendrix lit his guitar on fire. A couple years later Baker was in San Francisco to attend another Hendrix show when he ran into Jimi standing in the street, Dusty was bold enough to walk up and say hello and share a joint.

At 18 Baker left his home in mostly white Sacramento to travel to Little Rock to play for the Braves AA team where he was subjected to racist calls from the stands, radically altering his views on race. By the end of the year he was called up to the Braves where at 19 he saw his first MLB action, playing with Hank Aaron and Satchel Paige. Aaron gave him advice on how to face Bob Gibson, don’t look at him, don’t try to talk with him, don’t show him up, and if he plunks you definitely don’t try to fight him. Paige was 62 years old and signed as a player/coach in order to get enough service time to qualify for an MLB pension, and as a rookie Baker had the unofficial duty to carry Satchel’s gear wherever they went.

Other stories include Baker’s time in the Marine reserves where he was assigned as a guard at Leavenworth, during his time there he ran into guys he had grown up with who had been jailed over their actions in Viet Nam. Baker also learned to speak fluent Spanish while playing in the winter leagues in Puerto Rico, Mexico, and Venezuela (something that will hopefully help him to bridge the communication gap here between the English and Spanish speaking Nats).

What was the theme of the book?:
The stated theme of the book was “The Music that Changed My Life”, it is part of a series of books on the subject, Baker is a huge Reggae fan, along with the Blues and Acid Rock. Obviously the book goes way beyond music and describes Baker’s family life, career, and race relations.

Explain why you liked or disliked the book:
It was a short and easy read with a good number of interesting parts, particularly when Baker name drops all the celebrities he met. 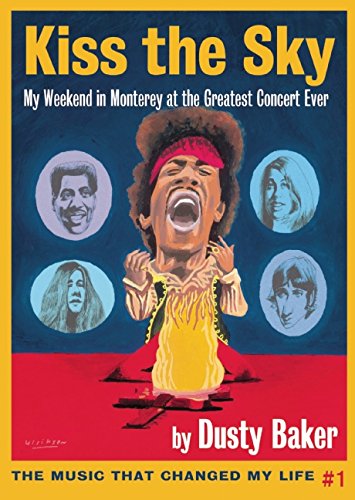