As we turn the calendar from 2015 to 2016, we can finally refer to 2015 as last year.  This year brings new hope and many new faces led by new manager Dusty Baker and a revamped coaching staff which includes 5 new coaches:  bench coach Chris Speier and 1st base coach Davey Lopes, pitching coach Mike Maddux, bullpen coach Dan Firova, and assistant hitting coach Jacque Jones.  There is also a totally revamped medical and training staff that is a new concept to baseball designed around data and prevention to keep players on the field instead of the DL.

The Nats have said goodbye to Yunel Escobar who was traded to the Angels and Jordan Zimmermann  signed with the Detroit Tigers, and there is very little chance that Dan Uggla, Ian Desmond, Casey Janssen, Matt Thornton or Doug Fister would return for 2016, although it is possible that Denard Span could re-sign as the Nats still have that need for a lead-off lefty centerfielder, and Span fits that need. 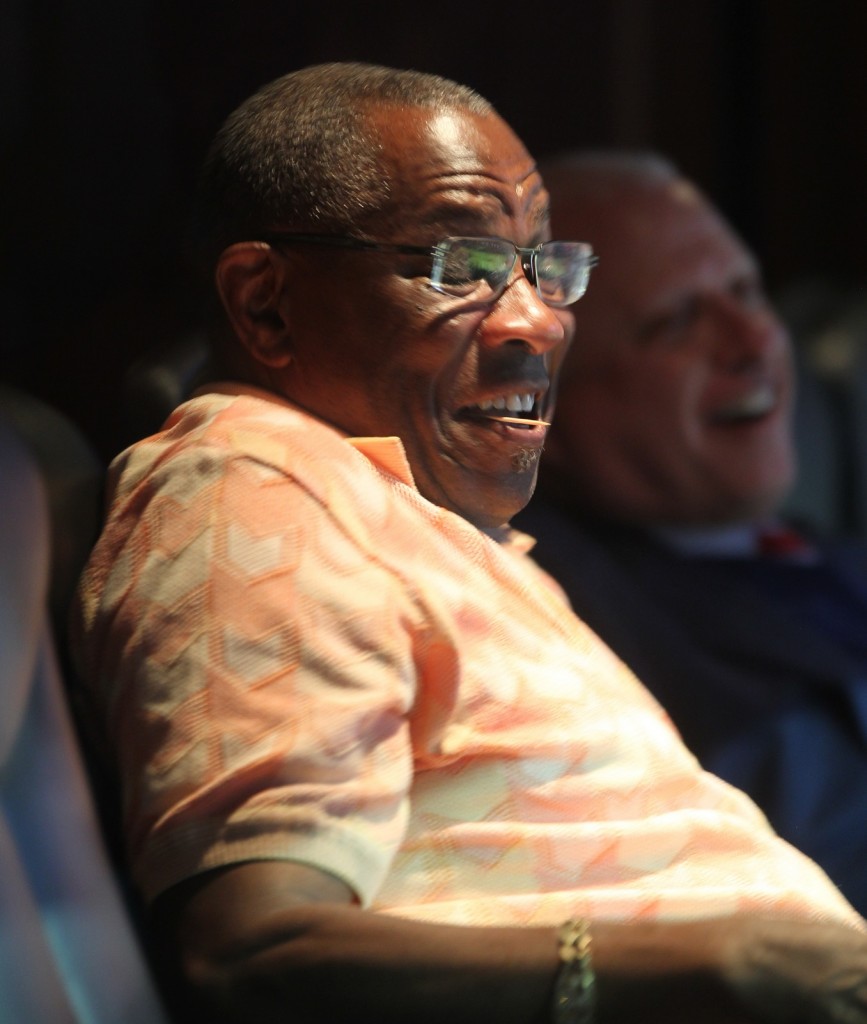 The team has added many new faces like Trevor Gott, Oliver Perez, Yusmeiro Petit, and Shawn Kelley to the bullpen.  There are unofficial new players rumored to be Nats: Daniel Murphy and Stephen Drew.  The Nats have also signed Minor League deals with Jhonatan Solano and Sean Burnett who were both Nats fan favorites, and other players like Reed Johnson and Chris Heisey who was a former Dusty Baker player and will be invited to Spring Training.

Check back from time to time to see the Nats rendition of the “Depth Chart” as this will change when the signings of Murphy and Drew become official:

You will notice Trea Turner listed as starting shortstop and Perez and Kelley didn’t even make the Top 11 of the bullpen and Severino isn’t listed as the third catcher: 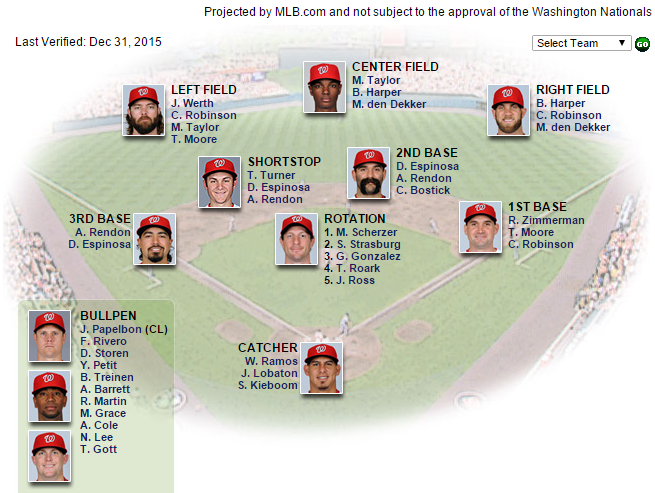 The last 7 days saw much activity for the Nats with the rumored signings of Daniel Murphy and Stephen Drew, and we have tried to be ahead of the curve as each puzzle piece fits in place as we write articles of impact before and after moves.

We like to see the glass half full here and don’t want to dwell on all the negatives which were aplenty in 2015, but the positives still outweighed them as we chant MVP-MVP-MVP-MVP!

2015 will be known as the year that Bryce Harper was overrated no more and unanimously won the MVP while setting numerous records, and Max Scherzer would not only throw his 1st MLB complete game—he would throw 4 of them with 3 shutouts that included 1 spectacular 1-hitter and 2 spectacular no-hitters. We saw the future in Trea Turner and Joe Ross and marveled at their skill level and we saw a “feel good” story unfold in a 30 year old rookie where just about everything he did like hitting a double or triple or Home Run was a career first and CRob as we call him around here really was hoarding bats.

This entry was posted in CoachingStaff, Dusty, Lineup, MedicalStaff. Bookmark the permalink.
← Previous Article | Next Article →