Rumors, rumors, rumors. Have the potential Managerial candidates been talking to potential coaches for a coaching staff? Just because nobody has been ‘officially’ announced as the 6th full-time manager of the Washington Nationals, you have to think about it.

QO’s and Free Agency will be here before you know it, and the new Manager needs to get his coaching 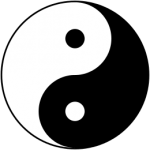 staff in place sooner than later, and the question is whether or not you add coaches who are like-minded or do you go to some 180º polar opposites.  When you go polar opposite, you do it in a way where opposites attract in a yin-yang type of philosophy.  If you don’t know what that is, yin-yang describes how apparently opposite or contrary forces are actually complementary in ancient Chinese culture.

Tony LaRussa once said, “You can’t manage by memo. You can’t stand up there and just send out edicts. I think you just gotta really personalize your relationships.”

That quote from LaRussa applies to your coaching staff also and to your clubhouse in personalizing those relationships, but it shouldn’t be a case where you don’t have healthy debate with your coaches.

Someone early on suggested Mark DeRosa as a possible bench coach.  “DeRo” has never coached before, and that might not matter as he has 16 big league seasons in his resumé with 8 teams including 2012 with these Washington Nationals, an Ivy League education at Penn, and impressive analyst work at MLB Network. DeRosa was always seen as a ‘coach in waiting’ as he was so good working the bench in his last few years in the MLB as his career was relegated to that of being a pinch-hitter mostly. In fact DeRosa only started 16 games for the Nats in 2012.  We reached out to DeRosa for this article as to whether or not he would consider a bench coach position on the Nats staff and he did not return our message.

Early candidates’ names mentioned for bench coach have been Rick Renteria and Dave Roberts as both were coaches that Bud Black had on his staff in San Diego. No telling who Dusty Baker would want if he was named Manager although those would still be great choices for Bench Coach.

Another name suggested in the TalkNats comments section was Tim Flannery who was the former 3rd base coach and defensive guru for Bruce Bochy in San Francisco. Responses to those suggestions give chances of that happening as between slim and none on both DeRosa and Flannery.

We also wonder if any of the Nats 2015 coaching staff would return like hitting coach Rick Schu as he was popular among players.