The final move(s) for the Nats is/are a waiting game. 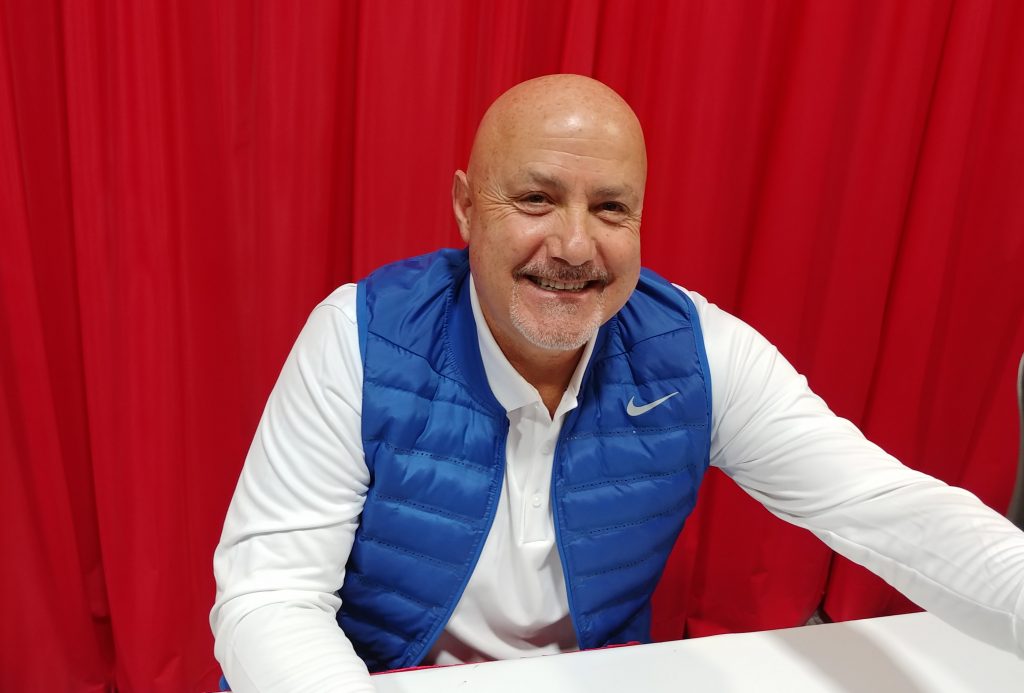 The fans can do very little to move things along for the Washington Nationals, either with a sale of the franchise or the signing of a meaningful free agent. These complicated transactions get done at their own pace — and at many levels above our pay grades.

Even general manager Mike Rizzo is most likely just waiting for the phone to ring or a text to appear on his phone for a deal that he is working. No matter how much you want a certain player, the competition is fierce in free agency. Money and winning, are the two biggest factors for players — but not everyone will jump for the most money as we saw with Aaron Judge. The Padres are a winning team that has had a hard time inking free agent deals. It is not easy, and a rogue rich owner has changed the game in this offseason.

We all had hoped for a deep pocketed owner to swoop in and buy the Nationals and spend like Mets’ owner in free agency. As of today, the Lerners still own the franchise, and the spending this offseason has been on the light side for this franchise. Progress has been slow.  The best thing that happened at the Winter Meetings in San Diego for the Nats was the Draft Lottery. That No. 2 pick in the 2023 draft could be a franchise changer.

Nothing much else mattered for the long-term future of this team other than the bounce of that ball in the lotto machine because the difference between a No. 2 pick and a No. 6 pick could have a huge impact on this team. We will only know in hindsight as to the full impact. We used to say that about the Nats were so close to Dustin Ackley instead of Stephen Strasburg in the 2009 draft, but it could have been worse and been Donovan Tate or Matt Hobgood. They all look great on draft night, until they aren’t. Sure, you could say that there have been some great No. 6 picks in history like Barry Bonds and Derek Jeter. The Nats have to hope this draft goes the way of the 2004 draft in Justin Verlander going at No. 2 and a franchise changing pick.

See, that’s the thing with draft picks. You could say that Jeter was available at No. 6 and turned into a superstar, but the team picking No. 2 was Cleveland, and they went with Paul Shuey. Cleveland could have picked Jeter. With the No. 2 pick, they had the choice of every player not named Phil Nevin who went at No. 1. It will all come down to the name that Rizzo ultimately chooses after the Pirates choose at No. 1 in the 2023 draft. Don’t worry, history has shown there are many draft casualties at No. 1.

Some think the 2023 draft will be as deep as the 2010 draft. Again, hindsight will tell the story. By the way, Manny Machado picked at No. 3 has produced much more career WAR than Bryce Harper. You’d never know it by the hype. So is there going to be a Chris Sale and a Machado and a Harper in the 2023 draft?

The future of this team is in the long-term building blocks on the MLB roster and the top prospects in the farm system. Remember, in just 20 days, the names will be officially revealed from the IFA (International Free Agent) signings, and this year the team is going back to an approach of signing a larger quantity of good prospects instead of spending most of their money on a top name like they have been doing for a while with players like Yasel Antuna, Armando Cruz, and Cristhian Vaquero. This is a major divergence for Rizzo and his international top man Johnny DiPuglia.

Before we take on new resolutions to be better, let’s reflect back on the year that was.

These are the 5 systems that showed the largest improvements in 2022: https://t.co/JQYk5pKzGL pic.twitter.com/xbzrPITL41

A two-year deal for a free agent is just a bridge to the next man up concept. Of course we want to see good free agents signed. Those bridges to the future will help in not rushing prospects to the big leagues, and making the 2023 more fun to watch. We appreciate Jeimer Candelario and Trevor Williams added to the team’s roster. But yes, we want more. We want more wins. We want more improvement.

You get to choose one of these bats to add to the current Nationals lineup. Who are you taking?

The fans still want more and were hoping for a Christmas Eve signing like Daniel Murphy that never came this year. There are plenty of good names left on the free agent list if Rizzo can find a new left fielder and maybe even another veteran upgrade in the starting rotation.

Two more good signings could really propel this team from a team WAR of 28.3 to that 32.0 to 33.0 WAR level where a few lucky bounces gets this team headed back to respectability. There is nothing worse than entering a season knowing you are bad versus knowing you have a chance to be a team that will surprise many. Let’s hope it is the latter.