The Washington Nationals have some tough roster decisions on Arb-Eligible players! 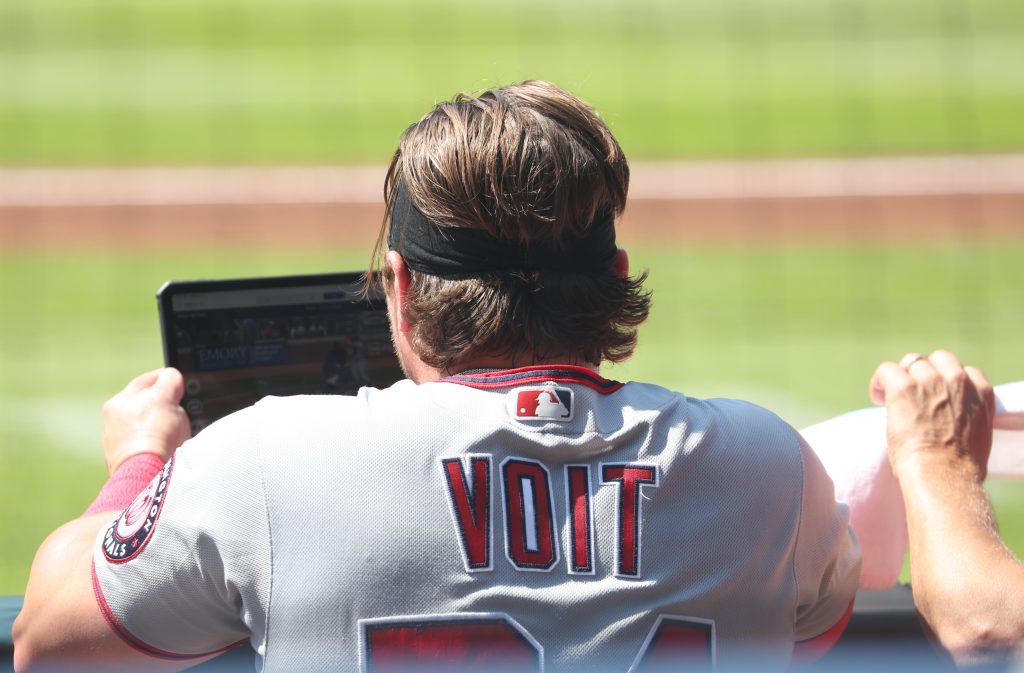 Thanks to the fine people at MLB Trade Rumors, we have an early look at projected arbitration salaries for 2023. Modeled by the talented Matt Swartz who consults for the Washington Nationals, we have a good look at the numbers.  It is a glimpse into the ways the system works, and the debate over who should get tendered a contract, and who should not.

First off, let’s explain that arbitration rules generally cover players with at least 3-years of MLB service time and not on a long-term contract. These arb-eligible players have a chance to negotiate a set salary for the upcoming season and get paid above the league minimum salary of $720,000. There is also the Super-Two rule for players with less than three years of service time, but the Nats don’t have any of those players this year.

Here is the list of players compiled by Swartz and MLB Trade Rumors on the Washington Nationals:

With the player’s minimum salary floor in 2023, it is no longer a big deal to tender a $1.1 million contract to a player who you know will make your team. It is a much tougher decision on a player like Rainey who is recovering from UCL surgery on his pitching elbow and won’t be available for most of the 2023 season.

The easy decisions are Thomas, Finnegan, Edwards, Vargas, and Harvey. They will all get tendered a contract for the 2023 season. Thomas projects as a starter for 2023, and Vargas will either start at third base or be a bench player. For Finnegan, Edwards, and Harvey, they are all key parts of the bullpen. In 2023, that will mark the final year of team-control for Edwards who is due to be a free agent after the 2023 season.

The toss-up decisions are Arano and Rainey if general manager Mike Rizzo sees a future with them. Keep in mind, that Rizzo can negotiate a lower salary before the arb decision has to be made. That could affect several players who are on the bubble like Voit and Fedde, and to a lesser extent Robles.

Unless the Nats have a better centefield option, you can expect the Nats to sign Robles for 2023. Last year, they paid him under the MLBTR figure of $1.7 million and gave him $1.65 million. It was just a $50,000 shave, but it would seem that it was a small message that the Nats were not exactly, happy, with Robles, and the same is probably true now. He averaged about two mind-boggling bad mental mistakes a month on the basepaths and/or on defense — and that is a long-standing pattern where the veteran just mentally checks out.

For the fifth straight year, Robles continued to see his offensive stats plummet — and for the first time he finished a season below a .600 OPS at .584. Robles also ranked the worst on the team in average exit velocity at 84.6 mph, and a very poor 23.8 hard hit percentage that was the fourth lowest in all of MLB.

Some would say it is time to move on from the former top prospect, but that isn’t Rizzo’s M.O.  He has a history of sticking with a player like Robles, and expects better results. If there was any good news, Robles defense went from slightly above average from April-July to elite in August-September. That also gave him a +0.3 WAR to finish the season in what you could call “saved by his defense” which is all that went right for him in 2022.

Expect Rizzo to offer Robles something below that $2.5 million number before the tender decision has to be made. You wouldn’t think Robles’ agent would risk getting non-tendered and looking for a free agent deal with his stats. Look no further than the wake-up call that Michael A. Taylor got when the Nats cut him loose after the 2020 season. He went from making $3,325,000 in 2020 and signed for a huge pay cut of $1,750,000 with the Royals — and MAT was coming off of a .676 OPS season.

In 14-of-his-27 starts in 2022, Fedde gave up two or fewer runs, and put the Nats in a position to win every one of those games. The 2014 first-round draft pick by the Nats has been one of the most frustrating pitchers to watch in a Nats’ uni. He just has never done enough work to become the star that Rizzo thought he drafted out of UNLV eight years ago. But the Nats have to share in some of the blame as his development just has not been good enough.

Part of the problem this season was that Fedde was fighting through shoulder inflammation in his throwing arm and landed on the 15-day IL on July 30. The other issue is that manager Dave Martinez just allowed Fedde to self-destruct on the mound too often in his career. Just this season, Fedde had two starts where he gave up 6 earnies each, an eight-run outing, and even a nine-run outing. Some managers show much quicker hooks if you know what I mean. Not sure how a pitcher is left out there to give up nine runs. So yes, that skewed his poor season where he finished with a 5.81 ERA. Fedde had a 4.34 ERA into the first week of July and was looking like the star of a poor starting rotation. At least with a 4.34 ERA you rank as a No. 3 pitcher on a good starting staff.

Most likely Fedde was pitching hurt for the final three months of the season. Too often we have seen Fedde with that look of the deer in the headlights. He sometimes has no answers because he lacks the confidence in his own repertoire. Amazingly, he had better splits against lefties than righties this year. He seems to concentrate more on the left-handed hitters and loses focus against the righties who hit him for a .313 batting average. That can’t happen. First innings for Fedde always seem to be 20+ pitches.

Do you really want to pay $3.6 million for a long-man in the bullpen which could be where Rizzo thinks Fedde will end up.  Or is Rizzo worried more so that if he cuts Fedde loose that he will go to another team and turn into a really good player like Austin Voth last year.

When the Nats made the blockbuster trade with the Padres in early August this year, Voit was the veteran player who came back in the trade that sent Juan Soto and Josh Bell to San Diego. He was fun to watch at times as we all dig the long-ball. But there weren’t enough long-balls, and too much failure especially in big spots. He hit just .214 in RISP spots in 2022 — but it was even worse with the Nats at .208.

The fact that Voit turns 32 before camp opens for Spring Training in February for position players is another factor that the juice isn’t worth the squeeze here at $8.2 million. That’s a lot of lemons that would have to be squeezed into lemonade. Voit made $5.45 million last year, and my guess is Rizzo will try to offer Voit a deal of $6 million or less to retain him, and if not will cut him loose. With Yadiel Hernandez coming back, the Nats have an option at DH and Hernandez is a lefty bat who will cost league minimum. Yadi put up a .722 OPS in 2022 before he was injured with a calf strain in August.

You have to think Rizzo and staff have some tough decisions to make on the roster in the next 45 days. With these arb projections, the Nats payroll could be closer to $113 million if every player is tendered a contract. For a young team, that seems like a lot of payroll — but consider it is only $78 million without the Stephen Strasburg contract. That is a significant difference.

The team has to weigh free agents who they will target as to who they will keep as well as look internally within their own minor league system for upgrades. At the end of the day, these are the business of baseball moves.