Ryan Zimmerman Had an Underrated Career 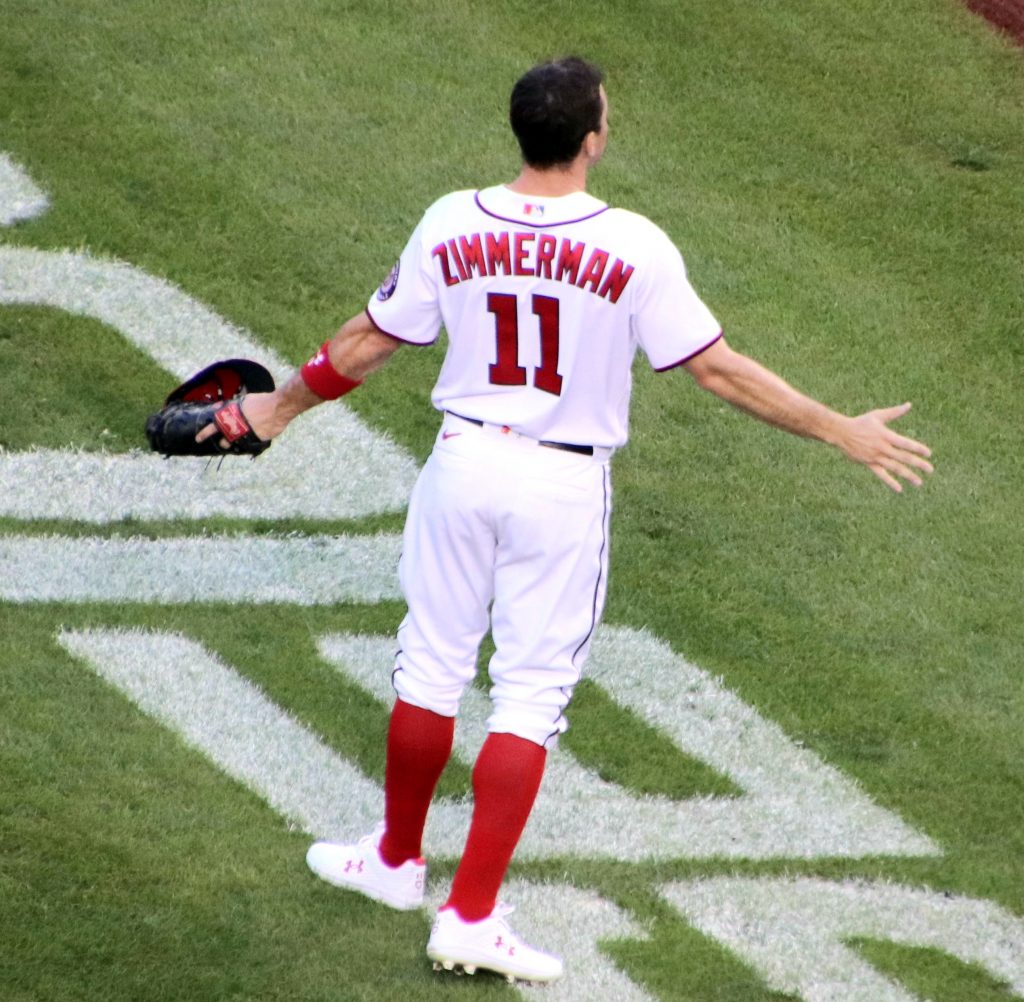 Ryan Zimmerman had a career that many people outside of the Washington, D.C. area are overlooking. It isn’t a Hall of Fame career, rather one of the best careers for any player wearing a Washington Nationals uniform. The third baseman earned the nickname “Mr. National” and gave this franchise hope in the dark years during the teams first six years in their existence — before the team started winning. Zimmerman brought loyalty, consistency, and leadership to the Washington Nationals. Not only was he the first ever draft pick by the Nats back in 2005, but Zimmerman also went to the University of Virginia and grew up in Virginia. Today he makes his home for his family in McLean, Virginia. As a player growing up nearby made him a fan favorite before he even stepped a foot on the diamond.

In his rookie campaign, Zimmerman finished in second place in NL Rookie of the Year voting. There was a strong argument that he could have won that award instead of Hanley Ramirez in the 2006 season. Hitting .287 with 110 RBIs in that season is one of the best rookie campaigns we have seen in recent years.

Zimmerman’s 2009 season is one Nats fans will never forget. Mr. National made his first All-Star team, won a Gold Glove award, and a Silver Slugger award. While it was not the best season for the Nationals as a team, Zimmerman made that season a fun one to watch. It was also the season for change as the Nats drafted Stephen Strasburg that summer. For most fans, it gave us hope that the franchise can turn things around.

Going into the 2017 season, Ryan Zimmerman was coming off arguably his worst season in the MLB. However, he did not let this affect him because he would go on to make the All-Star team and hit over .300 that season. Zimmerman would play so well that season, fans named it the “Ryanaissance” season.

One of the best parts about Zimmerman’s career was his longevity. Making his MLB debut in 2005 and playing until 2021. In that span, he had many solid seasons with only a couple of not-so-great ones. When the Nats were in a sticky situation, fans were comfortable with Zimmerman coming to the plate with the game on the line.

There was one more achievement that Zimmerman had on his mind, and it was always on his mind as a team-first player, and that was winning the World Series. After four failed attempts to get past the NLDS, the 2019 season was the year that Zim and his teammates finally reached the Promised Land. The veteran had a special moment in each series in the playoffs. In the NLDS vs the Los Angeles Dodgers, he hit a moonshot HR to centerfield to add insurance runs. In the NLCS he made one of his best defensive plays by saving the on-going Anibal Sanchez no-hit bid that survived until the eighth inning. In the first game of the World Series vs the Houston Astros, Zimmerman hit a HR off of Gerrit Cole to get the Nats on the scoreboard, and lead to a key Nats’ win.

Ryan Zimmerman has done enough throughout his career to make him a fan favorite even though he is now retired. Not only were his stats good, but he brought more to the team in a way that other players could not. Zimmerman was the one player who Nats fans could lean on in tough situations, and he came through so often with eleven walk-off home runs as his name stands next to legends of the game.  Now he wears several different hats for the Nats in their front office. He will always be a Nats legend!