Meneses, Abrams, and Vargas have changed the dynamics for the Washington Nationals! 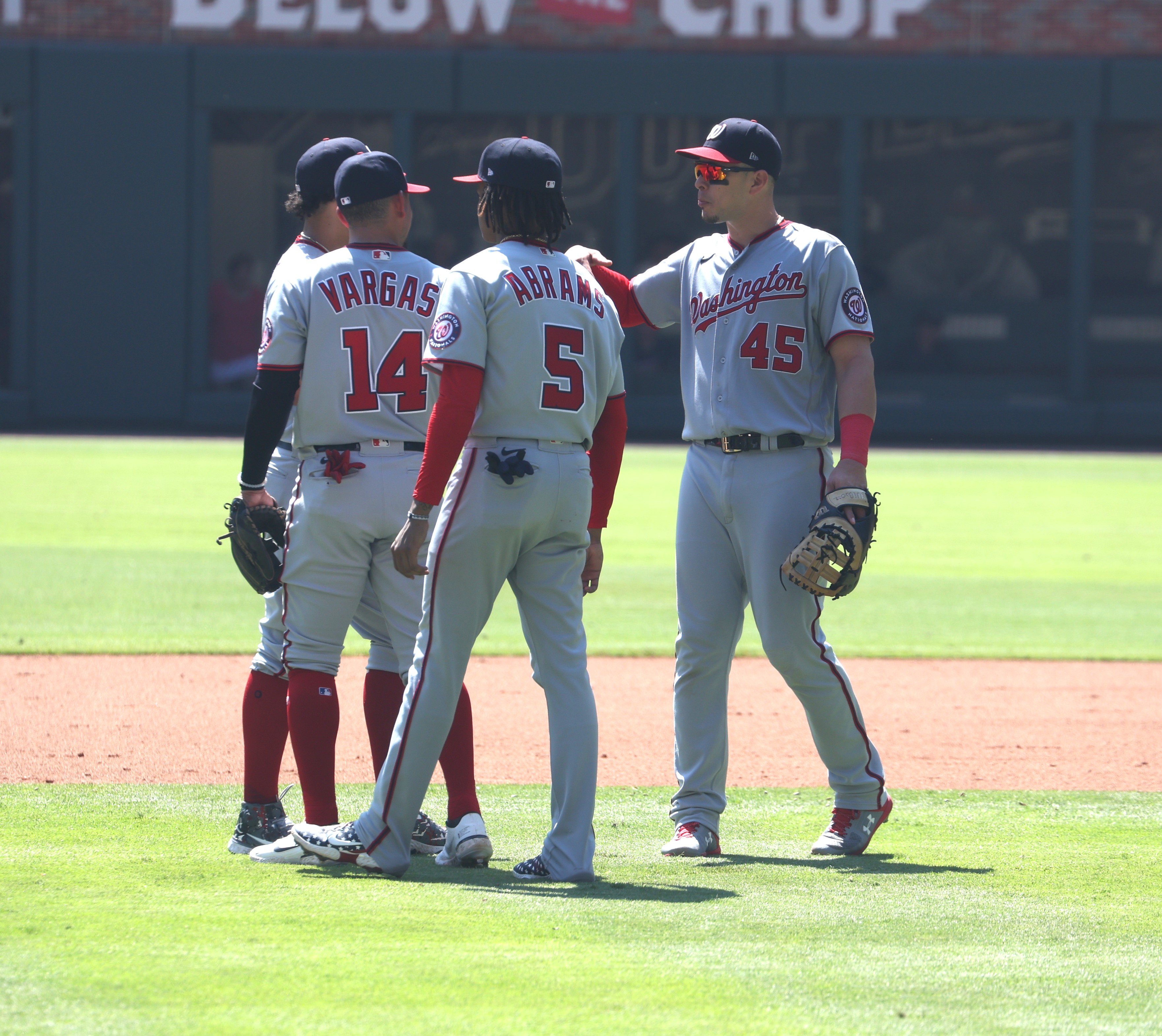 The date was August 14 when Luis Garcia was placed on the IL with a groin injury, which then opened the door for rookie CJ Abrams at shortstop. Abrams would join a group of mostly career minor leaguers plus veterans like Nelson Cruz, Cesar Hernandez, Victor Robles, and Luke Voit in the lineup. Abrams joined call-up Joey Meneses who arrived two weeks earlier before the trade deadline with Ildemaro Vargas.

In a short time, this trio has helped to transform a team that was fundamentally flawed, and lacked an energy and maybe even at times, a burning desire to win. One tweet said after Juan Soto and Josh Bell were traded, and I will paraphrase with no obscenities, “This team might not win another game this year.” In the first game with Meneses on August 2nd, the Washington Nationals beat the New York Mets 5-1 and Meneses hit a home run. There was going to be no miracle to be found to win 57-games in a row and finish with 93 wins. But the team quickly found a new energy even though their new first baseman, Voit, seemed to take a while to fit in. Now even he seems to be having fun. The team showed they could stay in every game, even if it finished in a loss, they seemed to fight to the 27th out.

It was undoubtedly going to affect the Rochester Red Wings roster whenever they traded superstar outfielder Soto. When both Soto and first baseman Josh Bell have were both sent to San Diego, it opened the door for Vargas, Meneses, and Josh Palacios who were called up to the Nationals. The performance they showed was the best. You can also try sport betting sites and show your excellency to get some opportunities. Let’s take the discussion forward to know how Meneses, Abrams, and Vargas have changed the dynamics for the Washington Nationals!

It took until the 131st game of the season for the team to record their first walk-off win. That seemed like part of the magic this new roster seemed to have. Of course it was Meneses who authored the first walk-off and it was a come-from-behind home run in the 10th inning on September 1.

Since Abrams arrived, the Nats have never lost a game by more than 4-runs. The team has seven 1-run losses and four 2-run losses. That’s where an upgraded roster could turn many of those close ones into wins. In that span, the Nats scored 130 runs and gave up 133. That translates to 3.94 runs scored per game, and 4.03 runs given up. The Nats team ERA in that timeframe is just 3.91. Before Abrams’ arrival, the team ERA was 5.30 with a mind-blowing 52 unearned runs in that period.

The numbers and stats seem to defy logic, but the team has gone from the 30th worst in team defense to the 6th best — and maybe just maybe, it starts there that a better defense has led to better pitching. Makes sense, right?

7 unearned runs and 3 of those 7 in the 33 games were ghost runners in extra innings. And a 4th was due to errors by a pitcher yesterday.

Also, you have a player like Victor Robles who went from a slightly above average centerfielder for the first four months of the season to an elite defender the last seven weeks and watched his OAA go from a +2 through July 31 to a +5 today. It has more than doubled in the last month and a half.

Lane Thomas has had a similar experience as Robles going with a nice positive jump in the previous seven weeks. It is almost like the entire team has transformed with only Meneses going slightly negative on defense. It is one reason that his WAR adjusted down slightly. The same for Garcia who has been plagued by negative defense although he is only slightly below average at second base.

The team’s second best defender is Vargas who has been with the team less than two months, and he’s been the Nats’ best third baseman since Anthony Rendon departed for free agency after the 2019 season.

While WAR does not love Abrams, his six errors are almost exclusively from aggressive plays that turned into bad throws. Couple that with his lack of extra-base production, and low batting average and you can see that he is a work-in-progress. The good news Abrams is batting .279 for the past three weeks, a marked improvement over the previous three weeks. Progress is what Abrams time with the Nats is all about. Remember, he is only 21 years old.

Intangibles in sports can sometimes not be explained. Abrams is a negative WAR but the Nats have improved with him. Some might say that his defense is so much better than Garcia’s that the value added is big, and that has to be part of it. The intangibles will say the pitchers are more comfortable with the new defense.

That 71 win number for a full season assumes a lot like Meneses keeping up his current level for a full season which would seem hard to believe as they are elite All-Star numbers with his .328 batting average and .927 OPS, but let’s say Meneses levels out and Abrams progresses more and the rest of the team stays the same, a 71 win team is their pace. So there are building blocks there and mostly addition by subtraction, player progression, and limited regression.

Even a player like Alex Call has come up big in spots, and all of a sudden Cesar Hernandez is playing better. The team certainly misses Keibert Ruiz who is one of the team’s best players, and he probably won’t return this season from his testicular contusion injury.

If the team can go 5-8 the rest of the season, they will be spot on with that 71 win pace. It would be nice to see a strong finish, and enter the off-season with some key pick-ups in free agency. The weak spots look like a leftfielder and a top of the rotation starter. Let’s hope the new owners want to spend some money as we hear Aaron Judge is headed to free agency!