Fredericksburg has the second game of their playoffs tonight! 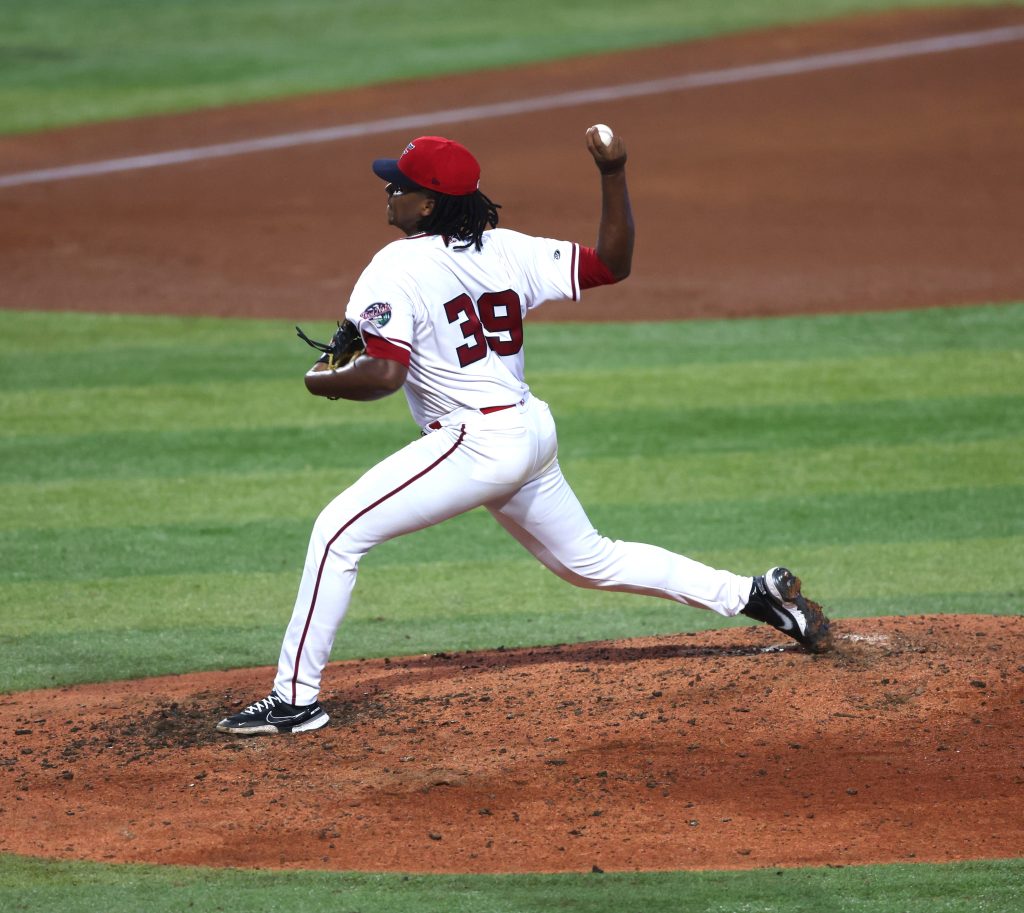 All season, manager Jake Lowery’s Fredericksburg Nationals’ team has overcome obstacles to win, and they are now a game away from winning their best-of-3-game playoff series against the Lynchburg Hillcats. On Tuesday night, in an incredible playoff atmosphere at Virginia Federal Credit Union Stadium, the Nats first round pick in 2019, Jackson Rutledge, went 8.0 scoreless innings to all but guarantee a 2-0 win with key hits from Sammy Infante to provide most of the offense for the FredNats and take a 1-0 lead in the series.

Coming into the season, Lowery’s team suffered some key injuries including to the 2021 first round pick, Brady House, who is out for the season with a back injury. On top of that, he saw his best player, Jeremy De La Rosa, get promoted up the ladder and the same for his closer, Jose Ferrer, and top pitcher Rodney Theophile. Other players moved up also, and then Lowery got an infusion of talent like Rutledge off of the IL. The trade market brought in some top prospects in outfielder James Wood and tonight’s starter, Jarlin Susana, who were acquired through the Juan Soto trade with the Padres. In addition, Lowery got a few players from this year’s draft who have moved up quickly like Trey Lipscomb, Zion Pettigrew, and Jared McKenzie. Plus the team’s best hitter, Will Frizzell, was a mid-season call-up from the Florida Complex League.

The FredNats’ have had pitcher Andry Lara, and position prospects Branden Boissiere, Jacob Young and T.J. White for the season, and a few other key players who have been the glue to keep it all together.

This part of the Nats’ development system that is a shining example of what the future can look like. Much credit to Lowery and his coaching staff of Joel Hanrahan, Pitching Coach; Delwyn Young, Hitting Coach; and Carmelo Jaime, Developmental Coach.

Here is how the Single-A playoffs and championship series will work:

This entry was posted in Analysis, Feature, Playoffs, Prospects. Bookmark the permalink.
← Previous Article | Next Article →