V.M. is not your voicemail, it’s Vargas/Meneses 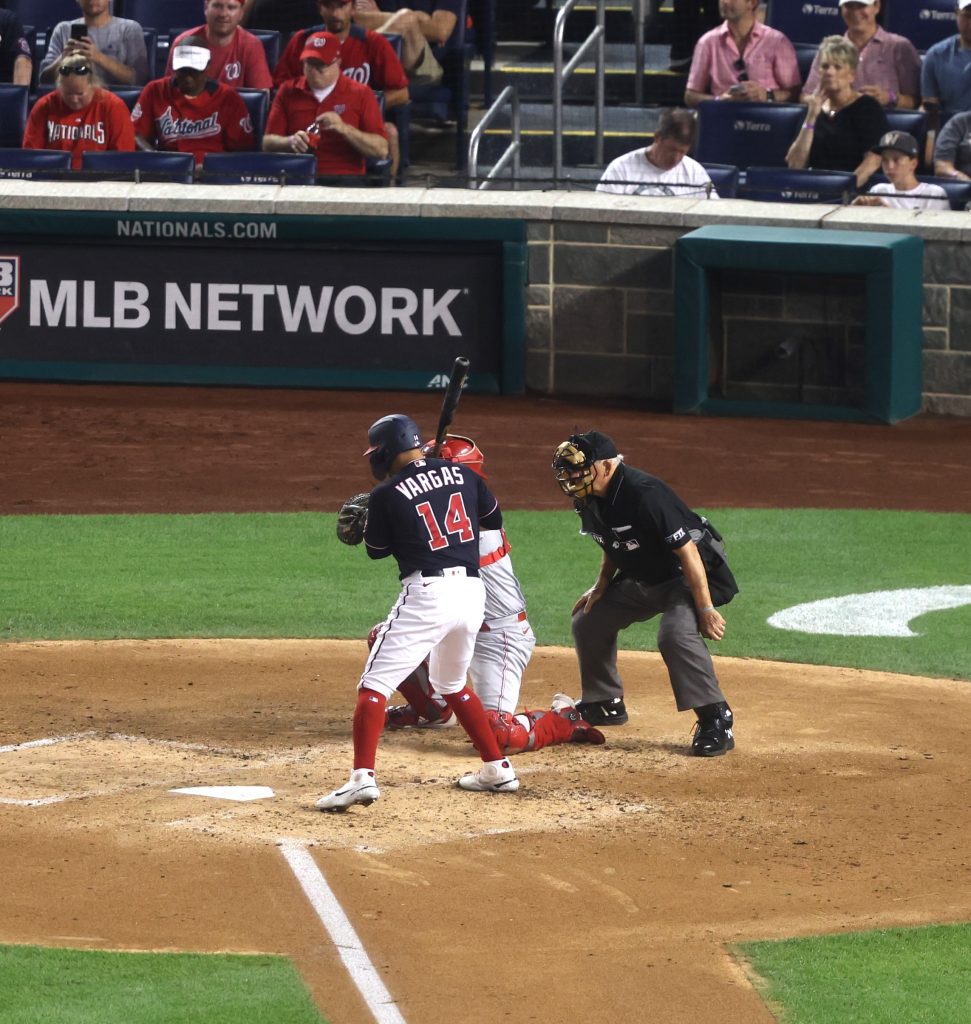 When Ildemaro Vargas was signed as a free agent in May, it did not even make a blip on the radar. A player with 384 career at-bats and a career .600’s OPS before the Nats picked him up as a  31 year old journeyman just went into that AAAA heap assembled in Triple-A Rochester.  Vargas joined Meneses as part of the 30-somethings at the highest level of the minor leagues where players usually end their careers.

Unlike Meneses, the story with Vargas was that he was struggling with Rochester and batting just .224 with two home runs in 197 plate appearances and was called up because manager Dave Martinez needed a toolsy infielder after Ehire Adrianza was traded. It was Vargas who got the call because Lucius Fox was injured.

How has Vargas hit 3 home runs for a player who had all of nine in his entire MLB career before this month? Vargas said it was for his mother. Whatever it is, FanGraphs has taken notice of both Vargas and Meneses.

Extrapolating and interpolating numbers is all good fun, but this isn’t like taking a player who hit two homers to start the season and try to say he will hit 324 dingers for the season. But yes, this is not far from hoping that both of these players could continue on their torrid paces that neither have done before in the Majors — and well, Meneses is new to being in the MLB so he has no real track record.

It is doubtful that Vargas could hit even 15 homers in a season — and he is actually on pace for 23 in a whole season, and Meneses is on pace for just over 44 homers for a full season. Mind-blowing numbers that make no sense and that is baseball. In the meantime, let them continue to help this team win games in any ways that they can.