A visit to watch the FCL Nats 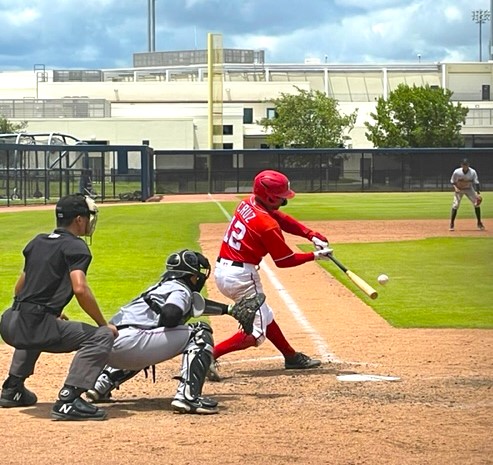 My boy and I had a chance to visit the FCL Nats Friday and watch them drop a 7-0 game to the Marlins. The most impressive aspect of the game was the Marlins infield defense. Watching their 3B, and especially SS and 2B play reminds one why infield defense is truly a necessity for an effective pitcher. They were quite polished and for me, the overall highlight of the game. Jordan McCants, the Marlins shortstop, made the play of the game on a dive across his body to catch a soft liner in the hole. McCants was a high draft pick and rated as the Marlins #17 prospect. Junior Sanchez, the second baseman, made a couple of sparkling plays.

Armando Cruz was the most polished defensive player on the Nats side. He is confident, fluid, and I was impressed with the zip on his throws, especially from side arm on charging plays. The offense was anemic; catcher Ray Torres had two nicely stroked hits. Roismar Quintana increased his hitting streak, and Cody Wilson whacked an opposite field double but hey, he was in AAA last year. Our old friend Daniel Johnson was there, playing happy and loose, getting a couple of hits, and showing great example when he applauded Sanchez when he robbed Johnson of a hit. Johnson is an easy guy to root for, and I’m happy he has come home – perhaps he has not read the stories of how the Nationals have incompetent development staff. 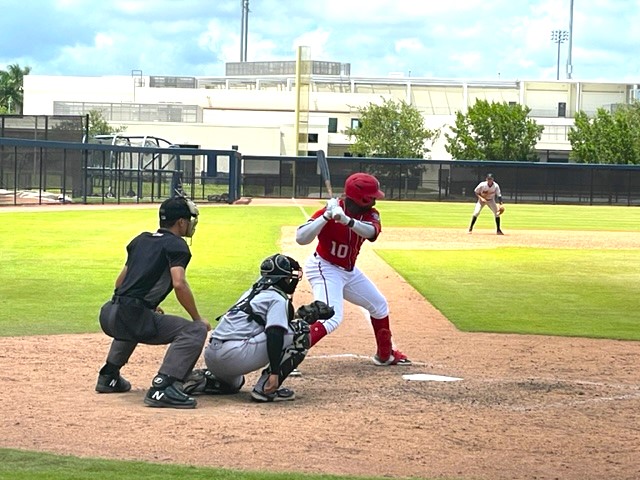 I wanted to get there to see Quintana and Armando Cruz one last time before they would be promoted to A ball. One would think that would have to be coming to make room for the new draftees, but who plays SS at Fredericksburg? Cruz? House? Or does House sit for the rest of the year?

My favorite pitcher on the Nats side that I had to go scrambling to look up – Juan Abreu. What a good looking arm. Keeps the ball low in the zone, his curveball broke beautifully, his changeup was 83 with a fastball at 96, and his ball had excellent movement. His numbers in DSL were apparently eye popping last year, more ordinary this year, but he definitely caught my eye as a guy who’s got something. His outing was not spotless, but he stood out to me as a guy to keep in mind. 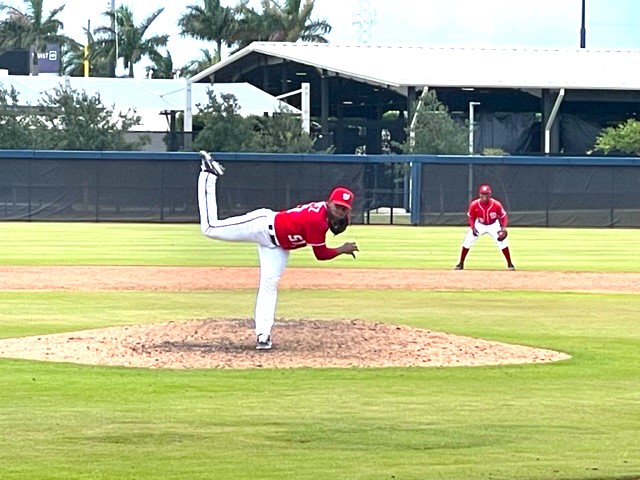 This entry was posted in Analysis, Feature, Prospects, Roster. Bookmark the permalink.
← Previous Article | Next Article →