How can you not be romantic about baseball? 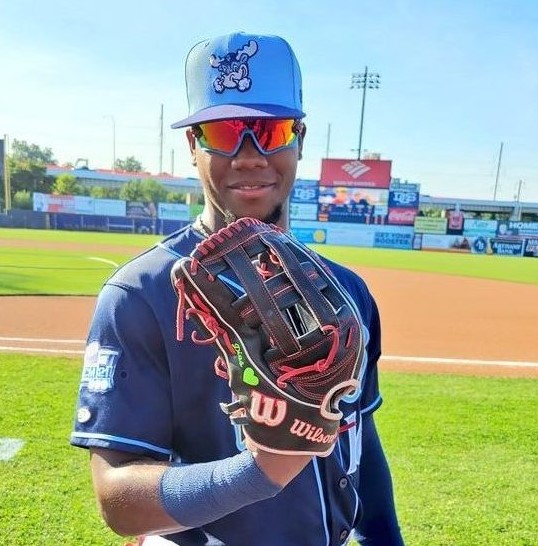 How can you not be romantic about baseball? Think of all the ways to fall in love with this sport. You might love the idyllic summer afternoon, a cold beer and a country song and a hot dog while the local nine plays in the background of a good time with your friends and family. You might love the highwire acts of October baseball, the chess match between the game’s most fearsome closer and all-star slugger with a pennant on the line. You might get a kick out of the innocence of youth ball, or the promise of college kids in a wood bat league, or the various ways the game has evolved in international leagues, or an old-timer’s day at the stadium. Maybe you first fell in love with baseball cards, or understand the sport through the egghead lens of the sabermetrician, or marvel at the athletic prowess of MLB’s brightest stars. Maybe you can’t help but understand baseball as America, its triumphs and its evils, the history of capital vs labor and western expansion and civil rights and television stardom intertwined with a game. Maybe it’s all of the above.

As a Nationals fan, this last decade gave us a lot to love. Today, August 2nd, 2022 – the day of MLB’s in-season trade deadline – marks the end of an era. Juan Soto has been traded to the San Diego Padres, and there is no joy in Mudville. Well, for now.

The Montreal Expos moved to DC in 2005, but after a few years the fun of just having a team was beginning to lose its luster. We wanted a contender. Back-to-back #1 overall draft picks in 2009 and 2010 produced Stephen Strasburg and Bryce Harper, and suddenly you had one of the ways to love as a baseball fan: prospect hounding. You check in on the major league team, but spend the real emotional energy dreaming of the days when the next big thing shows up. A prospect hasn’t yet struck out with the bases loaded in a pivotal playoff game, or dogged it on a popup, or said something embarrassing in a postgame presser. Prospects are pure.

And suddenly in 2012 the young guys arrived, and along with a few savvy veteran additions the Nationals joined the ranks of contenders.  Now the fans had a new way to love the team, by watching a great baseball team on a nightly basis with postseason glory very real, and very close. Unfortunately, the franchise gave them a lot of a heartbreak in return. Devastating playoff losses in 2012, 2014, 2016, and 2017 are still healing, each one a cruel reminder of the saying “baseball is a game of inches.”

We loved rooting for a contender, and each season ended in pain but not before a long journey of astonishment. Bryce Harper’s light-tower power. Stephen Strasburg’s heartbreaking changeup, followed by Max Scherzer’s ferocity on the mound. Jayson Werth’s eccentricity and his funny little baseball quirks. I loved the instances when the guys in front of him would make two quick outs, and Werth would move like a glacier when digging into the box. Remember the first time you saw Anthony Rendon fire those wrists through the zone to turn a pitcher’s pitch into a double in the corner? Remember Tyler Clippard bucking a century of tradition and working up in the zone with a changeup, or Tanner Roark’s little front hip two-seamer that looked right out of a Greg Maddux highlight reel? I can close my eyes and see Denard Span gliding under a sure-fire double, and hear Michael Morse stepping into the batter’s box serenaded by A-Ha’s “Take On Me.” I’ll never forget the cat and mouse game every time Trea Turner got on first base, his lead inching farther off the bag, the pitcher stepping off once, twice, the catcher getting jittery.

Every summer night, you had a lot to love at the ballpark in DC. Except for those five excruciating moments in October when the season would end.

People told us to enjoy it while we could – the window was closing soon. The talk in baseball was Washington would have to rebuild in 2019. The old guys were losing their fastball, Bryce Harper was going to leave in free agency, and an era of rebuilding would be upon us. It was hard not to see it that way, when the team failed to make the playoffs in 2018, or the first half of 2019, when the Harper-less Nats won only 19 of their first 50 games.

But something changed. A new source of baseball joy, one that would bring Washington their greatest love. All the other previous sources of baseball joy now paled in comparison to watching hitting prodigy Juan Soto ply his trade. He played with a flair, with a joie de vivre that is often coached out of players in the long rigors of American amateur and affiliated baseball. Juan tore too quickly through those ranks, and instead began to mold MLB’s etiquette to him. When he wasn’t shuffling around a wayward pitch, dancing in the dugout, or cracking up at first base, he was hitting baseballs at a clip that seemed to defy history. The names tossed out in comparison were preposterous: Ted Williams, Mel Ott, Jimmie Foxx, Alex Rodriguez, Ken Griffey, Jr. He was 19 years old, compared to inner-circle Hall of Famers, an instant megastar, and in one month of work he transformed franchise history.

After the agonizing and glorious October of 2019, the source of baseball love in Washington changed. It wasn’t so much fun to watch them night-in, and night-out, and not just because of the eerie strangeness of pandemic baseball. Four times a night we got a glorious Soto at-bat, or a reminder of the recent championship afterglow. But the predictions about contending years coming to an end were correct, and the team began to crumble. Watching the Nats was a three hour chore, punctuated by Juan Soto. The entropy set in, except now there was a banner in the stadium and a handful of three-minute stretches each night where you got to watch a genius ply his trade. Juan Soto extended the contending window with a miracle World Series, and was the only truly loveable thing about the latest vintage of baseball in DC. Juan Soto was a comet.

But Soto has been traded for a historic prospect haul, and it’s time to reset where we find our joy. We could have settled into the familiar with Juan, a bad team with one brilliant star, beloved by his hometown fans but not making an impact on the sport’s postseason. There’s a lot of fun in having Mike Trout, Barry Sanders, or Damian Lillard on your team. But that’s not this path. Instead, it’s time for a reset to 2010. Yes, the product on your television will be bad. But the joy is in the Double-AA boxscores, the highlights that hit social media, and dreaming of a bright future. We learned how to love baseball this way in 2010, and we can do it again.