Evaluating options: what can be expected in return for Josh Bell 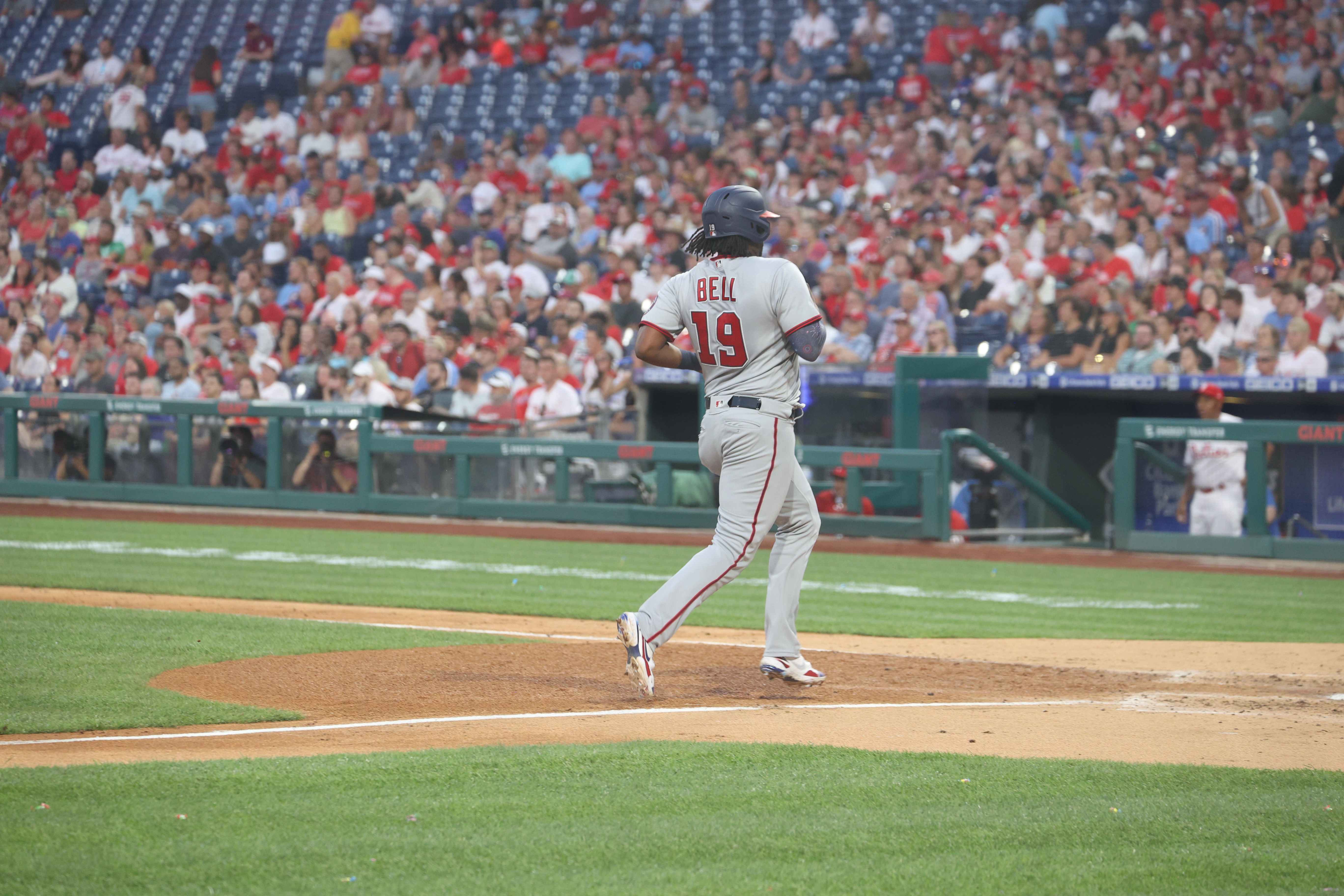 The calendar sees the Trade Deadline beckoning, and the Washington Nationals have one of the most coveted prizes on the market. Josh Bell is in the midst of one of his best seasons of his career,  and a likely All-Star appearance — the second of his career. While he is playing very well on a daily basis, his expiring contract means that he is unlikely to resign for a cheap price.

Unfortunately for Nats fans, Bell has most likely priced himself out of the Nationals’ future plans. The only way for the Nats to truly recoup any value for him, obviously, would be to trade him to a contending team looking for an impact hitter. Bell is a great rental option for a team attempting to bolster their roster before a playoff push.

One of the main suitors for Bell is the Red Sox. Last year, the teams worked out a trade for Kyle Schwarber. A main difference between now and then is that the Nats are in the middle of a rebuild in 2022. One thing that general manager Mike Rizzo and the front office should do is force teams to overpay for Bell to exploit a need for a contender. First base is a massive need for the Red Sox as they have the lowest WAR by first basemen of any contender (-1.6). The Red Sox likely are in a position to deal one of their top prospects to satisfy the high price tag on Bell, something the Nats will gladly accept.

Although it will take one of their top prospects, it is hard to imagine the Red Sox parting ways with Marcelo Mayer, their top overall prospect. Additionally, in order to get a deal done, there are two likely combinations. The first is one big time prospect (ranked above #5), one mid-level prospect (ranked between #15-30) and one developmental piece. The other would simply be two players that are ranked in the #7-20 range. Those criteria are relatively thin, but the Red Sox do have a lot to offer.

Analyzing their two best options for the Nats, first baseman Triston Casas and pitcher Brayan Bello are likely top choices. Both of these players fill positions of need for the Nats and are young enough for a rebuilding team. It remains unseen how available these players actually are,  because they are both very highly coveted. Players that are on a slightly lower tier include 3B Blaze Jordan, LHP Brandon Walter and LHP Chris Murphy. Both Walter and Murphy are currently at AAA as they are close to being MLB ready. Jordan is at A-ball but has demonstrated an elite bat that can see him promoted in a new system.

While the Red Sox would utilize Bell in the field at his natural position, the Blue Jays might have different plans. Vladimir Guerrero Jr. is the regular first baseman for them, but there is a revolving door at DH for the Jays. Potentially, they want Bell to solely serve as a DH in order to provide more stability to that position. Bell would also be able to spell Guerrero an off day when necessary. This move makes a lot of sense for them as they also have many prospects that are blocked by the incumbent young talent amassed above the border.

The Blue Jays have a much shallower prospect pool. However, any combination of their top 10 players would likely be able to get a deal done. There are three big names that jump out when examining the Blue Jays’ prospects. Those are SS/3B Orelvis Martinez, LHP Ricky Tiedemann and SS/3B Jordan Groshans.

Martinez, the #2 ranked player provides an electric bat with 40 home run potential. He will likely move to third base long term but has played short as well. He is struggling to start the season at AAA, but there is no denying his potential or ability. Tiedemann is a pitcher that was just drafted last year. Regardless, he is one of the best arms in the class with a fastball reaching the mid 90s. Overall, he needs to develop a lot more. Nonetheless, he provides an intriguing ceiling as an ace and a floor as a high leverage reliever. Finally, a player that has generated a lot of buzz is Jordan Groshans. He will likely find himself traded as he is completely blocked at all positions in Toronto. Regardless, with the right development, he can become a solid 20/20 player. He is showing hints of Ian Desmond in terms of the power/speed combination. Nonetheless, Groshans has a long way to go with his consistency at the plate.

While there are other prospects and other teams likely to be in on the Josh Bell sweepstakes, the two teams above are the two most likely to make a move for the Nationals’ first baseman. Both teams offer different types of returns, one with more MLB ready players, and one with more developmental pieces. With pros and cons concerning both trade packages, it will be interesting to see what the Nationals’ front office covets. There could be other teams that enter as a great trade partner ad needs arise.

As with any rebuild, being able to scout an opposition’s prospects in order to maximize assets will be paramount for the Nationals.

This entry was posted in Analysis, JBell, MikeRizzo, Prospects. Bookmark the permalink.
← Previous Article | Next Article →