Game #81 takes us to the mathematical halfway point of the 2022 season! 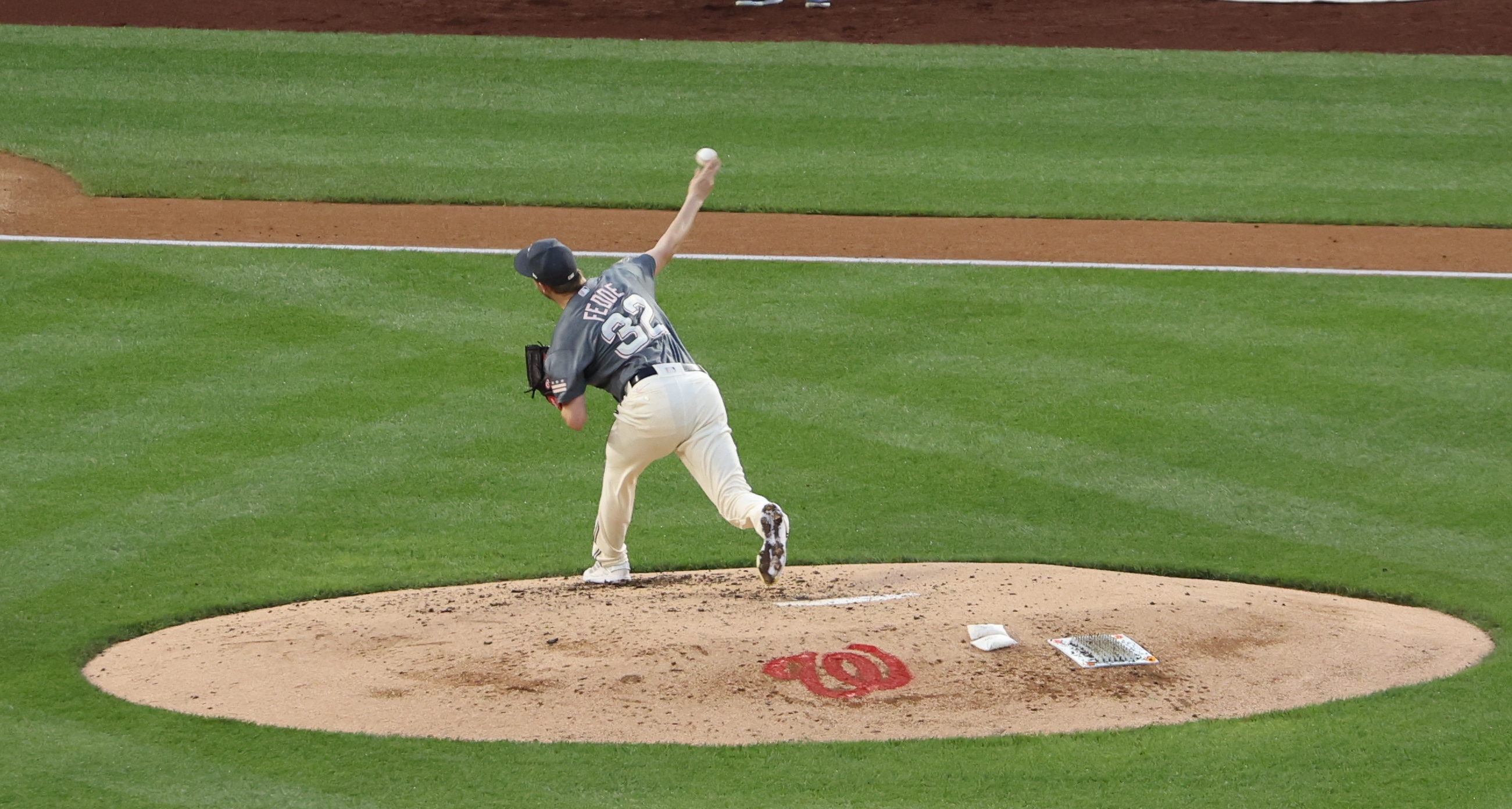 The Washington Nationals will go into the second half of this season with a losing record and last place in the NL East. Their record at the end of the game will either be 30-51 or 29-52, and that puts the team on a pace of 60-102 or 58-104 for the full season. Both are horrible, but both should help the Nats secure another top draft pick next year to add to the farm system.

On January 5 of this year, FanGraphs projected the Nats to a .464 winning percentage and a 75-87 record. That makes the Nats an under-achieving team in so many ways. The bright spots have been few, but the Lerner family decided to reward general manager Mike Rizzo and manager Dave Martinez with lucrative contracts for the 2023 season.  Stephen Strasburg and Patrick Corbin were each projected to turn into +2.2 WAR seasons, and Juan Soto was to be a league average defender and a +7.5 WAR superstar.

What was interesting was Erick Fedde‘s projections for the season on FanGraphs. He was seen as a spot starter and a reliever, and a +0.7 WAR. Believe it or not, Fedde is probably the biggest bright spot, along with Josh Bell, in those projections. Today’s starter, Fedde, is actually at +0.9 WAR entering today’s game and exceeded those projections already, and Bell was projected at +2.3 WAR for the full season, and he enters today’s game at +2.2.

This will be an easy autopsy for Rizzo and staff to complete after the season. The unknown will be who Rizzo will be reporting his report to when/if the Nats are sold to new ownership. If there is new ownership, will they retain Rizzo?  That is part of the multi-million dollar question.

The first issue is Rizzo bet on Strasburg, Joe Ross, and Anibal Sanchez to give him positive starts this season, and in total so far, he got a grand total of 4 2/3 innings from that trio and a 13.50 ERA. Add-in reliever Will Harris who has not been seen in a while, and Rizzo spent nearly $90 million the past two seasons for that quartet to get negative production. Sorry, a team with mid-market revenues can’t compete like that especially when you have your second highest player, Patrick Corbin, pitching to a 6.06 ERA.

In the off-season, the team could partially sweep away some of the issues as Ross, Sanchez, and Harris will have expiring contracts, Corbin will only have two years remaining, but the team will still have four years and $35 million a year still outstanding on Strasburg. For position players, the only starters the Nats can pencil in are Soto, Luis Garcia and Keibert Ruiz. Everyone else is either on an expiring contract or a question mark like Yadiel Hernandez, Carter Kieboom, Victor Robles, and Lane Thomas.