Cristhian Vaquero continues with the hot bat in the DSL; Denaburg with another fine start! 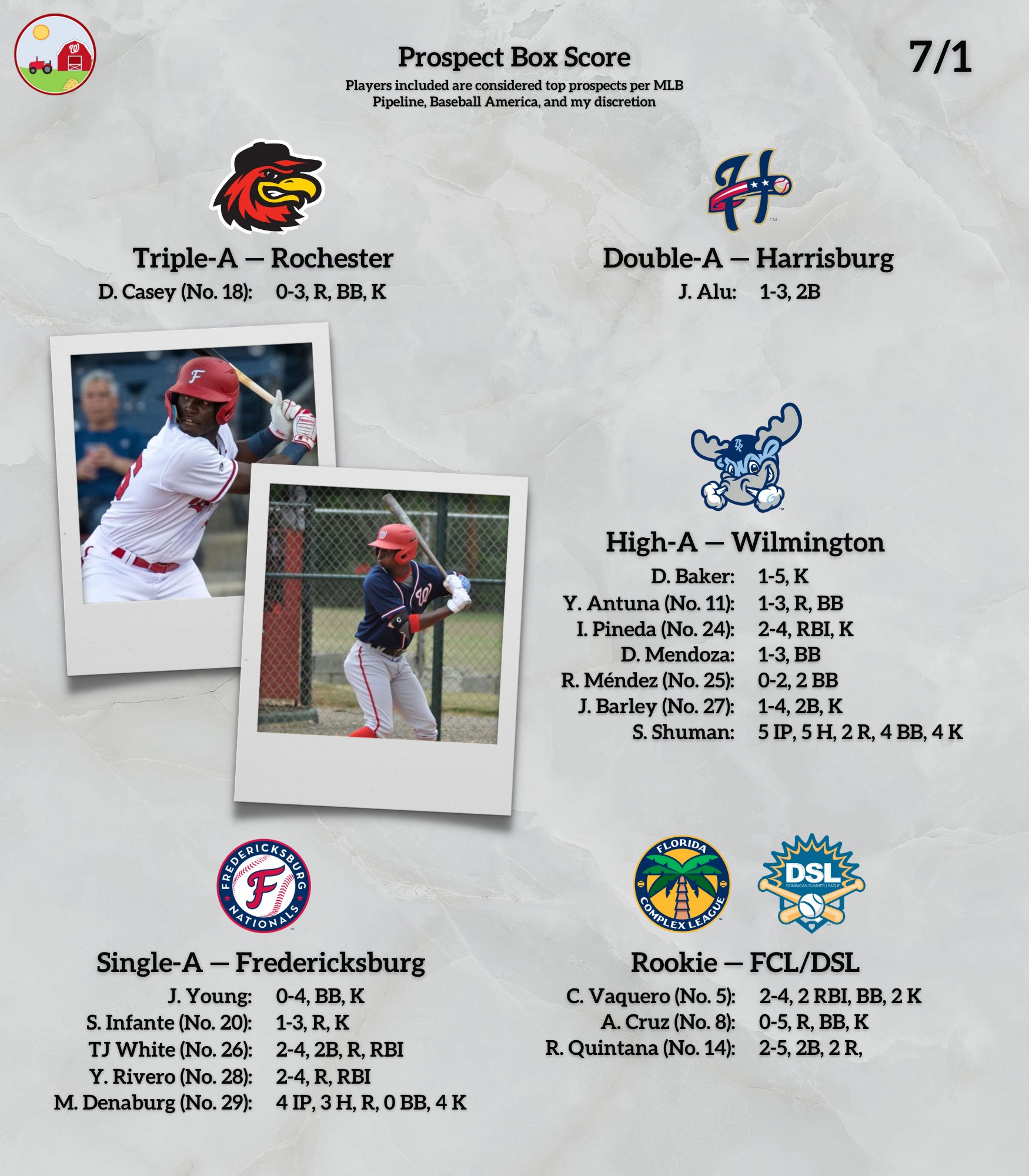 The MLB draft is in just 15 days, and as new draftees get added to the system, the current farmhands want to prove themselves. Former 2018 first round pick, Mason Denaburg, was on the mound for Fredericksburg, and after some rainouts of the DSL and FCL, they were back at it. Cristhian Vaquero and Roismar Quintana had big days.

The FredNats smashed the rival Delmarva Shorebirds behind strong starting pitching by Denaburg and even better results from Marc Davis who relieved him with another 4.0 strong innings. Denaburg gave up 1 run over 4.0 innings and Davis pitched four scoreless frames.

The offense was paced by another multi-hit game from T.J. White, and Leandro Emiliani, Yoander Rivero, and J.T. Arruda all had 2-hit games.

Seth Shuman put together a nice 5.0 inning effort yielding just 2-runs, but he could not get the run support. Israel Pineda was one of the few bright spots on this day for Wilmington.

Jake Alu and Gilbert Lara saved the Senators from being no-hit as each of them had a hit in this one.

Some poor Rochester defense did them in as Worcester scored 4 unearned in the first inning, and the Red Wings tried to claw back into it, but they fell short 5-4.