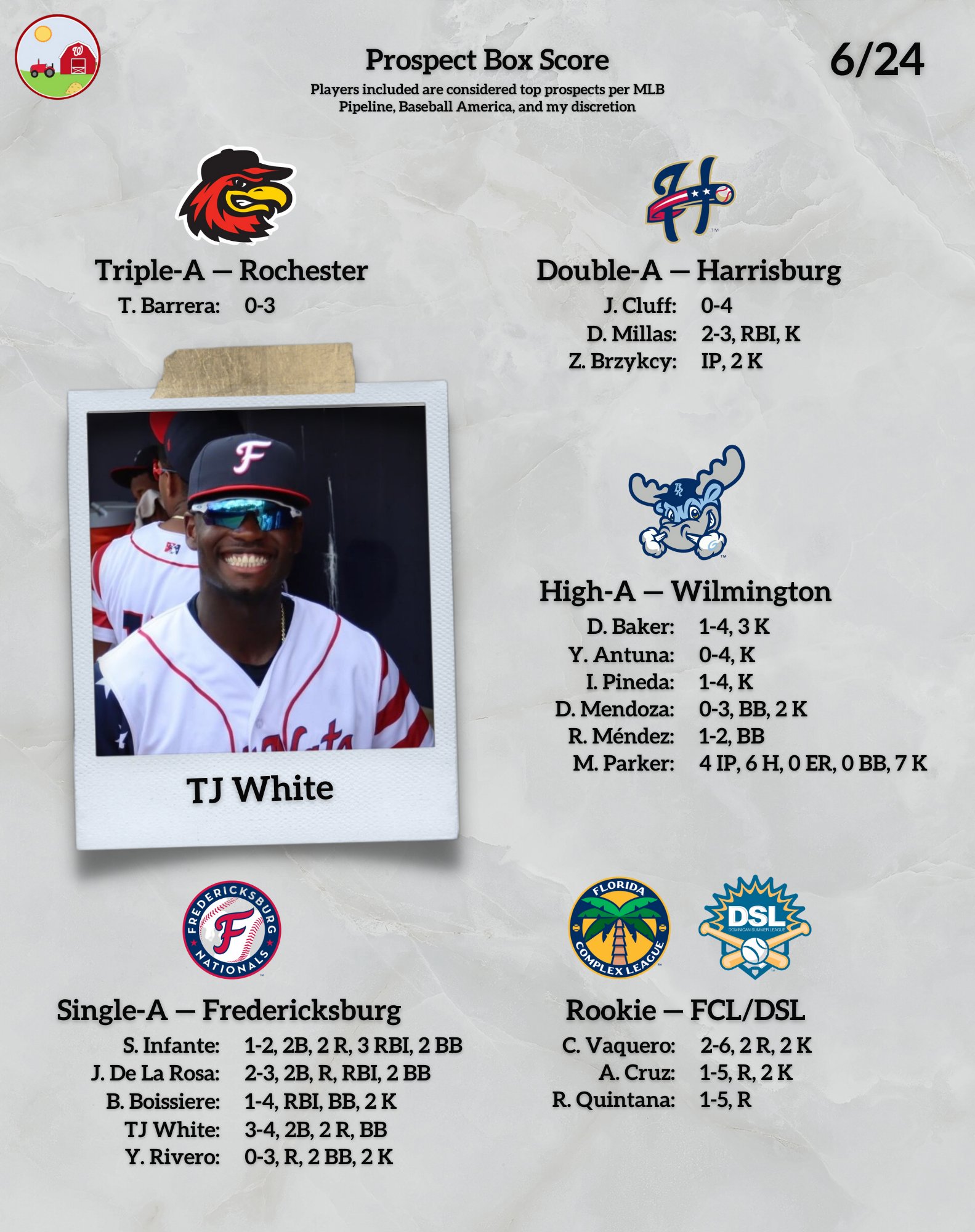 The big news of the day was actually off the field news from general manager Mike Rizzo that nothing is wrong with top pitching prospect Cade Cavalli. The Nats are just giving him a mid-season breather. On pitching prospect Cole Henry, he is dealing with some shoulder tenderness per Rizzo. Henry was placed on the IL earler in the week after a long absence.

On the field, the 18-year-old, TJ White is en fuego. Remember, White started the season doing well then had a leg injury. When he returned, his timing was totally out of sync and he struggled. For the past two weeks he has been pounding the ball and stepping up in Hi Lev spots.

The FredNats were back in the win column and nothing is ever easy as starter Bryan Caceras finished his night with an 8-1 lead. Salem scored 4 on the bullpen and made a laugher a little too close for comfort.

Big nights by so many of the FredNats bats and led by White.

Mitchell Parker took the loss on a day when he gave up no earned runs, walked no batters, and struck-out seven batters. His defense let him down with a costly error but also allowing outs turn into hits.

The Blue Rocks batters scored no runs and only pieced together three hits. Darren Baker and Israel Pineda had a hit apiece.

Harrisburg had a close one but couldn’t push more than one run across the plate. Most of the offense came from Jake Alu and Drew Millas on two hits each.

The Red Wings fell to the Syracuse Mets, 3-2, at Frontier Field. The series is tied at two games apiece.

The Red Wings had their chances but couldn’t get it done on this night.

Another great game for Cristhian Vaquero in the DSL as he added two hits. On the FCL side, Armando Cruz tallied one in the hit column.