The complicated history of Beltway baseball 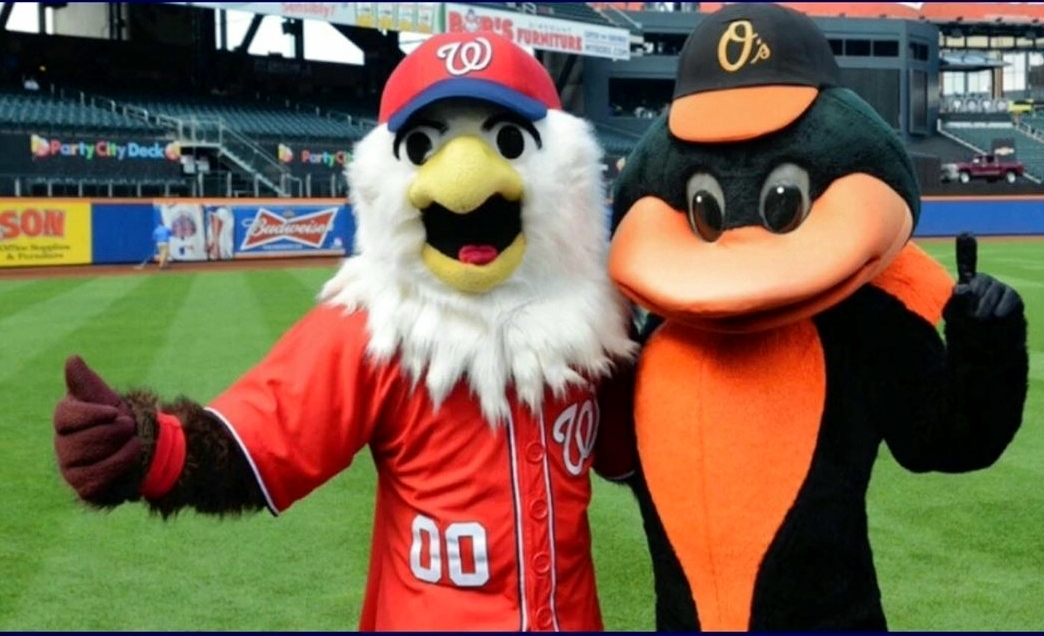 Even before the Washington Nationals made the move down to Washington, D.C., there has been obvious tension between D.C. and the Baltimore Orioles. Considering how close the teams are geographically, the rivalry is bound to occur. Adding onto that, the two teams have always been able to bring out the best in one another as well as stoke the flames for a contentious rivalry on and off the field. As much as this rivalry is something that can be overlooked in the grander scale of baseball, fans in the DMV are the ones who truly understand the importance of these battles as well as the significance of them.

Peter Angelos has been one of the most hated figures in Nationals and D.C. baseball history. He arguably ranks higher than the likes of Pete Kozma and Cole Hamels for many fans. As the owner of the Orioles, his barriers for the Nationals to thrive have made him public enemy number one. When the MLB owners voted for the relocation of the Montreal Expos, it was decided that the Nationals were born by a vote of 29-1.  Angelos made the singular defiant vote even though he padded his own pockets with a greater wealth by taking control of a newly formed TV network (MASN) that was paved in golden bricks for him, plus other guarantees that can be found in the contract with MLB that became public information during the MASN lawsuits.

The strained relationship between D.C. baseball fans and Angelos started even before MLB had negotiated the move of the Montreal Expos to Washington. Angelos viewed a team in D.C. as an existential threat to his team even though the Washington Senators were in D.C. long before the St. Louis Browns relocated to Baltimore and became the Orioles in the 1950’s. Remember, Walter Johnson the Washington Senators won a World Series in 1924 and when Baltimore came into the region, it actually hurt the Senators and a reason they fled for greener pastures.

Angelos infamously told Baltimore radio station WBAL-AM that, “there are no real baseball fans in D.C.”

His inherent hatred of Washington baseball has not been a new revelation. For financial reasons, he has every reason to hate the Nationals for his low attendance, but maybe that is his own fault by fielding a team that has only been to the playoffs twice in the Cal Ripken Jr era when he owned the team and only three times since. Doesn’t that fall on Angelos as the owner to field a competitive team based on spending?

The team steals fans away from his team and attracts them to Nats Park. When the Senators left, Washingtonians were starved for baseball made the trek to Charm City. The addition of the Nationals has decreased attendance numbers for the Orioles as expected, but it has not been a massive dropoff as the Nationals were not truly competitive for the first seven years in DC.

Angelos’ battles with the Nationals organization stretch farther than just attempting to bar them from making their home in Washington. Since relocating, the Nationals have been found on Mid Atlantic Sports Network (MASN) almost every night. This is a company that  Angelos owns. He “generously” allows the Nationals to make use of it on a nightly basis.

The Nationals had initially brought a minority stake in it, controlling 23% of the company. Conversely, the Orioles own 77% of the network and the Nats ownership will cap in 10 years at 33%. This means that any business decisions fall at the feet of the Orioles and Angelos as majority owners. The Nationals are shut out of hundreds of millions of dollars with a complex, never ending lawsuit between the teams, souring any relations. In fact, since the Nationals have moved to DC, the Orioles have not made a trade with their adversaries while making a transfer with every other team during this time.

Even Angelos’ sons, now in control of the team decisions, have picked up where their father left off in many ways, and now the two Angelos’ brothers are publicly feuding. Maybe the issue has always been with the Angelos. Some people just cannot play well in the sandbox of life or at the country club.

Other battles between the teams:

These two teams are not only rivals in the courtroom, but on the diamond. Since 2005, the Orioles hold a 48-39 advantage over the Nationals. Many Nats fans feel like the Orioles played the head-to-head series in a do-or-die fashion while the Nats just treated the games as just a regular season game with no more significance than any other. The Nats have only won the season series outright twice (2007, 2018). The contentious nature mirrored that on the field as well. In 2015, Jonathan Papelbon, then a member of the Nationals, would throw his final pitch with the team when he tried to intentionally hit Manny Machado. Papelbon later said this due to the fact that Machado admired a home run and the pitch was to send a message. The benches cleared shortly thereafter with Papelbon  ejected.

The teams, however, are not the only ones getting into the rivalry. Like any good rivalry, the fans hold as much disdain for the opponent as the actual members of the games. Fans regularly trade barbs on social media and in the ballpark. Many Nationals fans have grown frustrated with Orioles fans emphasizing the “Oh” in the National Anthem when games are played at Nationals Park. Additionally, the growing fanbase in Washington has made a true effort in recent years to keep O’s fans out of the park when the teams meet. This is very similar to what they did with Phillies fans in the early 2010s.

There is so much more such as billboards in “Nats territory” and proclaiming on MASN Orioles that Washington, D.C. is “Birdland” and you can find more here in the new low.

Although this rivalry currently features two bottom tier teams, the future of the rivalry looks bright. Stars like Juan Soto, Adley Rutschman, Cade Cavalli, Grayson Rodriguez and more all have fans excited for the future. Regardless, the nature of this rivalry will always be hard to gauge. The teams play at least once a year, but the games in the courtroom are ongoing. One thing is certain: neither organization will give anything to the opposition whether on or off the field.

This entry was posted in Analysis, Feature, Lerners, MASN. Bookmark the permalink.
← Previous Article | Next Article →