Oh what a night for Jackson Rutledge! 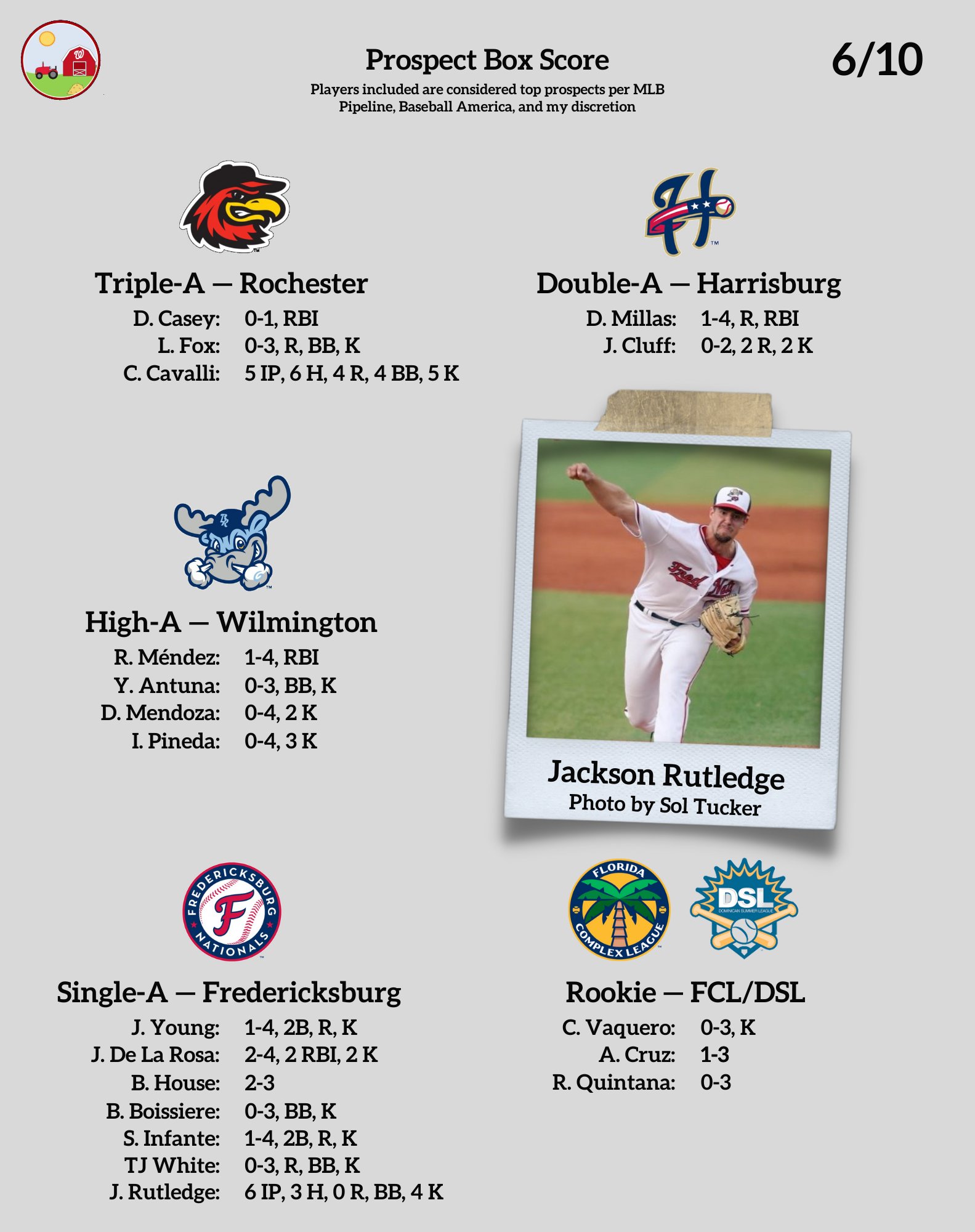 A career game for the Washington Nationals 2019 first round pick, set the stage for the night. With both Jackson Rutledge and the Nats top pick of 2020, Cade Cavalli, going on the same night, they joined Nats top pick of 2014, Erick Fedde, for what could have been a trifecta.

Jackson Rutledge was dealing tonight. He had the longest outing of his career in a six inning scoreless gem. He was lighting up the radar gun, and getting quick outs. His control was excellent and he got enough offense from Jeremy De La Rosa, Viandel Pena and Brady House to get the win.

It was a tough night for Tyler Schoff who almost ruined the pitching box score for the FredNats. He gave up three runs and what looked like a blowout for Fredericksburg turned into a 4-3 squeaker as they held on to win. Good jobs by Riggs Threadgill and Jack Sinclair to close-out the win with scoreless innings in the two final frames.

Not much to report here as we watch Yasel Antuna with another 0-fer after a blazing hot week last week.

Normally we would be singing the praises of any pitcher who goes 6.0 scoreless innings like Rutledge. Luis Reyes‘ pitching line was actually better than Rutledge. He entered the game with an 8.31 ERA and gave up one hit over six scoreless innings and finished the night with an ERA in the fours. Reyes is 27 years old and a little old for Double-A, but nonetheless, he dominated for Harrisburg.

Big offense from Wilson Garcia and Alfredo Rodriguez with all Reyes needed.

Cade Cavalli had some control issues and had a small setback in what was looking like a pitcher who wanted a promotion. He gave up four runs on the way to a loss.

Josh Palacios and Andrew Stevenson both homered, but it would not be enough.

Armando Cruz had a 1-3 game for the FCL Nationals, and was at the front-end of turning two double plays on defense. He was the star of the game as the team only pushed across two hits in the game.