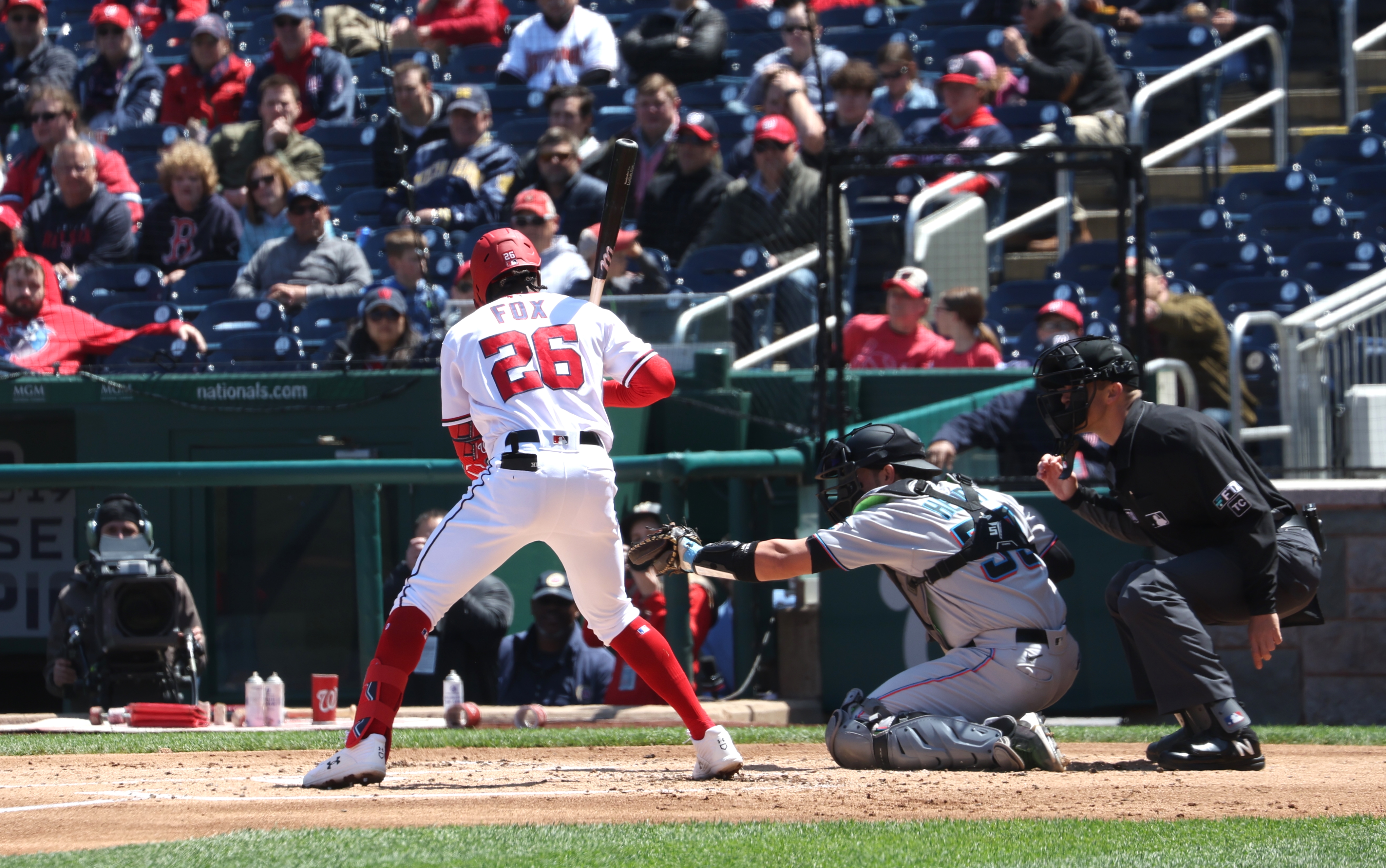 Lucius Fox batting in his MLB debut; Photo by Sol Tucker for TalkNats

It’s month three of the minor league baseball season and the first wave of promotions and call ups are behind us.

In January, I wrote a prospect list featuring five underrated prospects to watch in the 2022 season. In this article I’ll be checking-in on them and reflecting on my predictions.

Two of Seth Shuman’s first four starts this season ended before he could get to the second inning, but outside of that he’s been nails.

Shuman is once again quietly standing out at the High-A level with a 2.51 ERA and 1.08 WHIP in 28.2 innings pitched. In my preseason article I mentioned that he’s a strike thrower and that remains the case – Shuman has surrendered only seven walks to his 25 strikeouts.

In seven starts, Shuman has reached six innings twice, five innings twice, and four innings once. Limiting walks and stretching outings are two major factors of being promoted and Shuman is doing both while remaining effective overall.

Jake Irvin got the first call from Harrisburg, but when the Senators need another righty starting pitcher, it’ll most likely be Shuman.

Lucius Fox started his season in the big leagues and struggled mightily, but has been much better in his Triple-A stint. In 45 at-bats he’s slashing .289/.385/.467, good for an .852 OPS. Still a small sample size, but good to see nonetheless.

Fox had 28 plate appearances in 10 games at the major league level, much to early to give up on him or deem him a AAAA player. Expect to see him back in D.C. by year’s end.

Jose A. Ferrer has done exactly what I expected in his affiliated-ball opportunities this season, starting in Low-A Fredericksburg then being promoted to High-A Wilmington after 19 dominant innings.

Ferrer’s first 13 innings with the FredNats were scoreless and he departed with a 1.41 ERA, 24 strikeouts, and one walk. He’s on the old side as a 22-year-old, but a strike-throwing southpaw sitting 93-96 mph (tops 98 mph) with his fastball will rise fast with consistency.

This season, Jackson Tetreault has logged 54.1 innings – second in the Nationals’ system – and kept his ERA to a respectable 3.15, but he really stepped it up in May.

Tetreault pitched to a 1.40 ERA and 0.97 WHIP in 25.2 innings during the month, catching the attention of a lot of fans. There was a potential spot start for him on Wednesday (6/1), but the call went to Evan Lee who was already on the 40-man roster.

If he continues this level of pitching at the Triple-A level, he’ll surely get a shot in the bigs by the end of the season, as I mentioned all those months ago.

In January, I expected Justin Connell to start in Double-A Harrisburg and it was a no-brainer.

The 2021 organizational all-star’s numbers are deceiving because of a stark drop in batting average, but his OBP is about the same and his slugging is up almost 50 points. The increase in slugging can be credited to already surpassing his 2021 home run total in 1/3 of the at-bats.

With the increase in power production, his strikeout rate has also risen from 19% last season to 43% currently. If it was up to me, I’d continue sacrificing power for contact, but if and when he’s promoted to Triple-A, it could turn into a bigger problem.