Stat Leaders and Standouts Through 5/16 and the Team of the Week! 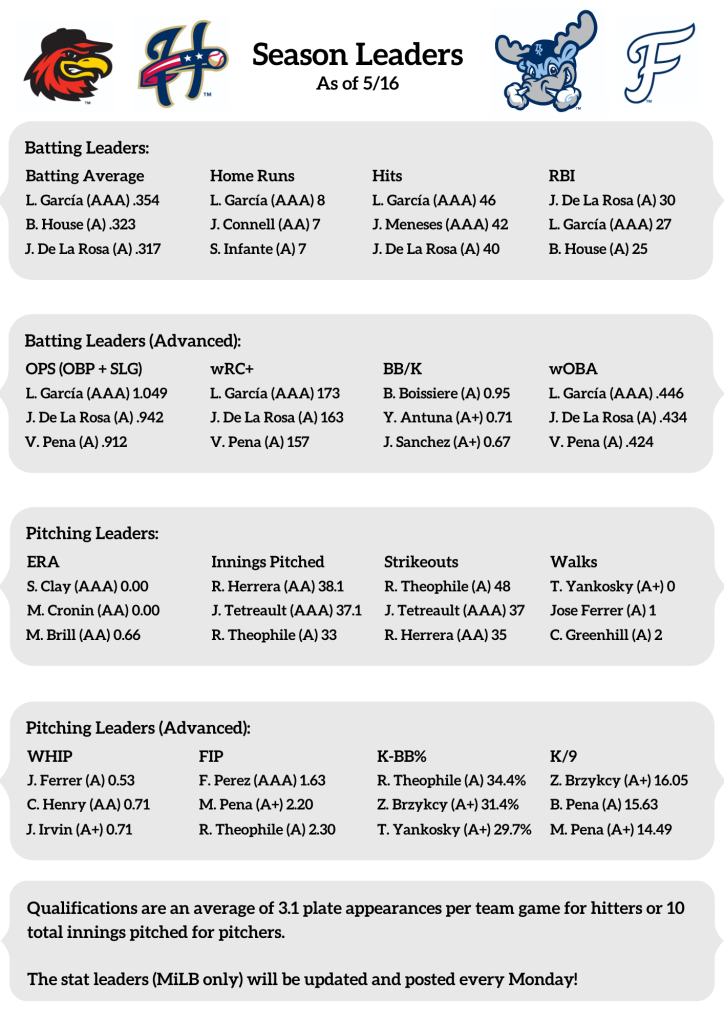 Above are your stat leaders entering the seventh week of the season!

In this past week we saw Carl Edwards Jr. get called up to the Washington Nationals and the Red Wings sweep the Wooster Red Sox to extend their win streak to nine games.

With Drew Millas finishing his rehab assignment and being assigned to Double-A Harrisburg, Taylor Gushue was promoted to Triple-A and his stats won’t be included until he re-qualifies, same goes for future promotions.

While Edwards Jr. is in D.C. he’ll be off the leaderboard as well.

Luis García keeps crushing the ball and we could see him get called up next week after the Nats are given an extra year of control on May 24th. His status in Rochester has caught a lot of fans attention, so we’ll see when the moment of truth is upon us. 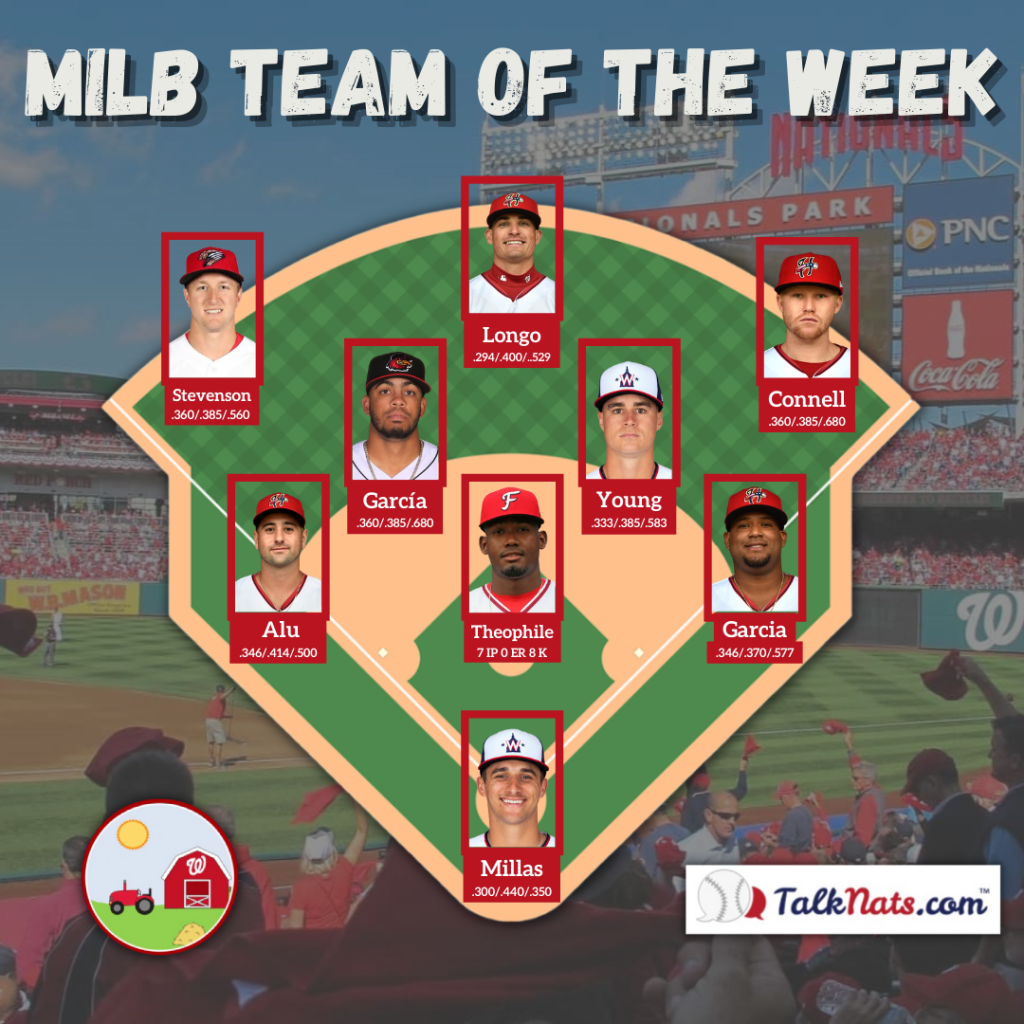 This week we decided on Rodney Theophile for the pitcher of the week for his stellar performance on Friday the 13th. He went seven innings while allowing four hits, one run (unearned) and striking out eight.

Luis García earns the hitter of the week for smacking two homers and batting .360 in 25 at-bats. At this point he’s long deserved a call-up, but I’d be lying if I said I won’t miss watching García be the Barry Bonds of the International League every day.