The Minor Leagues is all about developing players to come to the Majors to be successful! 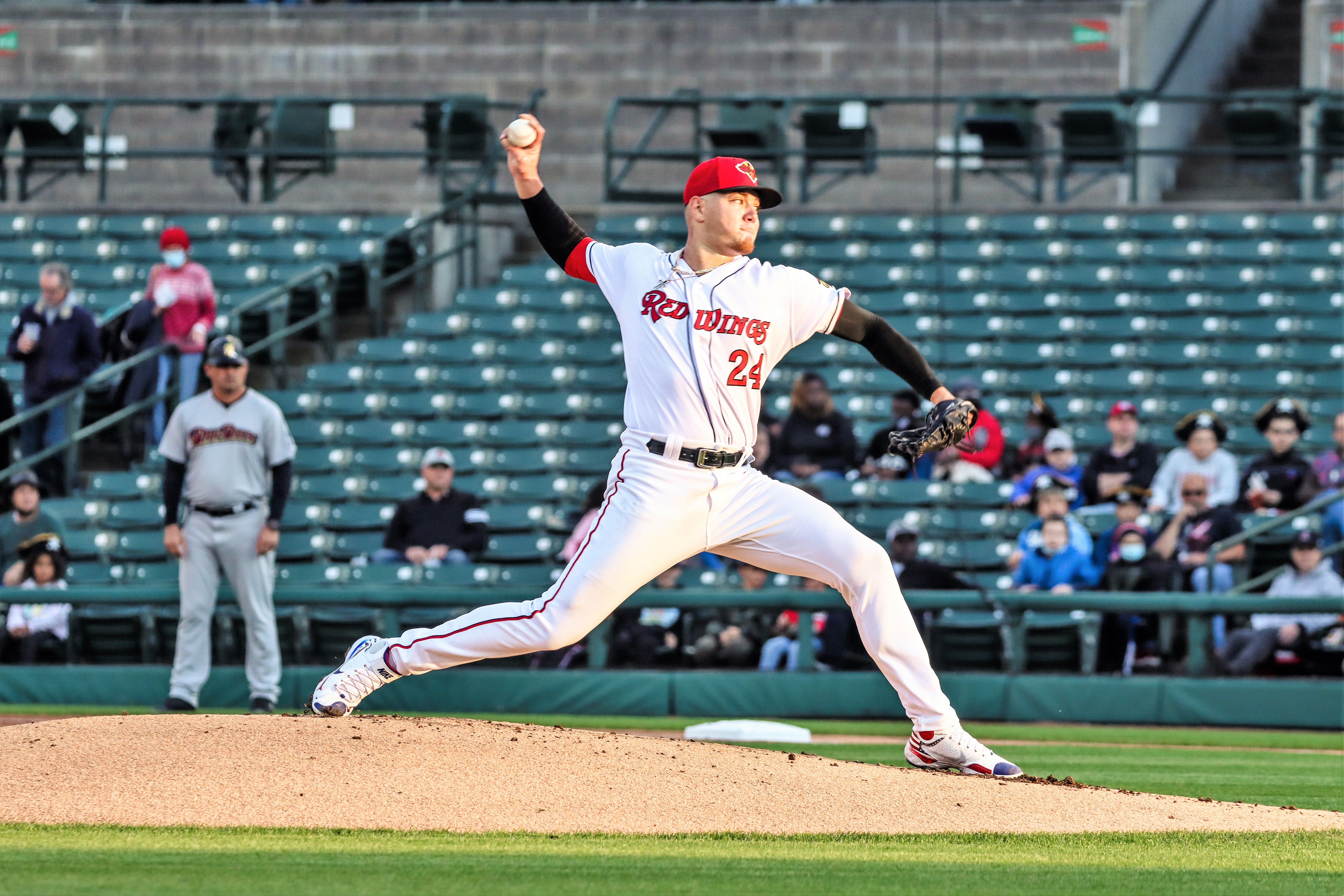 When Joan Adon made his MLB debut last year in October, we got to see a glimpse of the future, and an unpolished gem in one start against the Red Sox. We knew he had a blazing fastball and a wipe-out slider — and we saw those pitches from an amp’d up Adon on display. Nobody expected Adon to make the Nationals’ roster out of Spring Training this year, but yet here he is.

The cautionary tale is that the Minor Leagues are there to develop players. Forcing players into MLB action before they have their repertoire set is usually not advisable. Yes, Adon became just another Nats’ starting pitcher thrown into the mix before he was ready. That MLB debut in which Adon would give much hope for his future was a pitcher hyped up on adrenaline and pumping fastballs and sliders that got him through five innings surrendering just one run. Of course manager Dave Martinez sent Adon out for the sixth inning, and he got a strikeout and gave up two singles, and his final line was 5 1/3 innings, six hits, two runs, three walks, and nine strikeouts. He threw 54 percent fastballs, 40 percent sliders, and 6 percent changeups. Not one changeup to a right-handed batter and none of them for a strike.

By throwing some changeups, adding a curveball in the off-season, and working on a sinker, Adon came into Spring Training with the brass touting that he has a five-pitch mix. Really what Adon is doing is trying to develop at the MLB level against the best hitters in the world. His ERA is 7.03 and that those batters have a .375 batting average against the changeup, and the sinker has never completed an at-bat, and the slider has resulted in a .500 batting average. Don’t fret, Adon has thrown so few changeups and sliders that he really is throwing almost all fastballs at 68 percent of his pitches and his curveball, his best pitch, at 18 percent of the time. Basically, fastball and curveball are 86 percent of his pitches and you can sit on the fastball and that is what opposing batters are doing to what FanGraphs shows that Adon has been luckier than good. His fastball is getting hit at a slugging percentage of .448 with an expecting slugging percentage (xSLG) of .623.

When you look at Adon’s pitch mix, it looks like a reliever’s repertoire. He needs much more work to be effective at the MLB level. Sure, he showed that he can pitch well when he is locating that fastball, but MLB hitters will crush mistake pitches, and Adon’s command has not been pinpoint perfect.

Adon is just the latest casualty of a Nats’ system that for years has pushed out starters with deficient pitch mixes. The list is long and includes Adon, Erick Fedde, Joe Ross, and right back to Ross Detwiler. A whole grouping of first round draft picks who never had what Stephen Strasburg had when he was drafted from San Diego state with a polished repertoire that included a filthy changeup.

When Jim Hickey was hired as the team’s new pitching coach in October of 2020, he spoke about his pitching philosophies and his love of the changeup. But he made it clear that he won’t force it on any of his pitchers. That’s a problem.

“It’s a non-fastball that you can throw in the strike zone. Believe me, I have no problem with a big 12-6 curveball either. We got a whole bunch of those. But you all of a sudden get yourself into a 2-0 count in a tight spot and it’s pretty difficult to think you are going to be able to go ahead and drop this big, breaking pitch in the strike zone for a called strike. Whereas a changeup, it’s a lot easier.”

Chuck Maggio in Pickin’ Splinters wrote, “Cavalli estimated that he threw ‘eight to 10’ more changeups than he typically throws in a game. … A quick study, the 23-year-old has obliged manager Matthew LeCroy’s directive to throw more changeups.”

“I think this will be a really good pitch for me; I think it’s been a really good pitch for me,” Cavalli acknowledged. “It’s just all about using them at the right times. It’s never forcing it into a situation; it’s never shying away from it. Trust yourself and trust the work you’ve put in, and I’ve put in a lot of work on that changeup. I have every conviction and every confidence I need behind that changeup. I’ve just gotta pick my spots and go deliver it.

“Like I said, just trust it most of all; usually it works out.”

The results of Cade Cavalli’s start last week were the best of his Triple-A season in which he allowed just one earned run on four hits in Worcester, striking out six to just one walk. He actually had no-hit stuff going until he was nailed on a comebacker on a line drive to his leg in the fourth inning. Cavalli stayed in the game and probably swelled up and ran into a little trouble to finish his outing at the start of the fifth and sixth innings. But the results were promising.

So it was a directive from his Triple-A manager, for Cavalli to throw more changeups. It is good to hear and quite possible that directive was made clear from the new head of player development, De Jon Watson. Welcomed news indeed as we finally see Nats’ minor league pitchers at every level dominating from Cole Henry at Double-A to Andry Lara and Rodney Theophile at Single-A. They are all throwing changeups. And if you look at Henry and Lara and some other starters throughout the minor league systems, they are also being carefully monitored on strict pitch counts. Henry last week against Bowie was pulled at exactly 69 pitches mid-AB against Bowie. 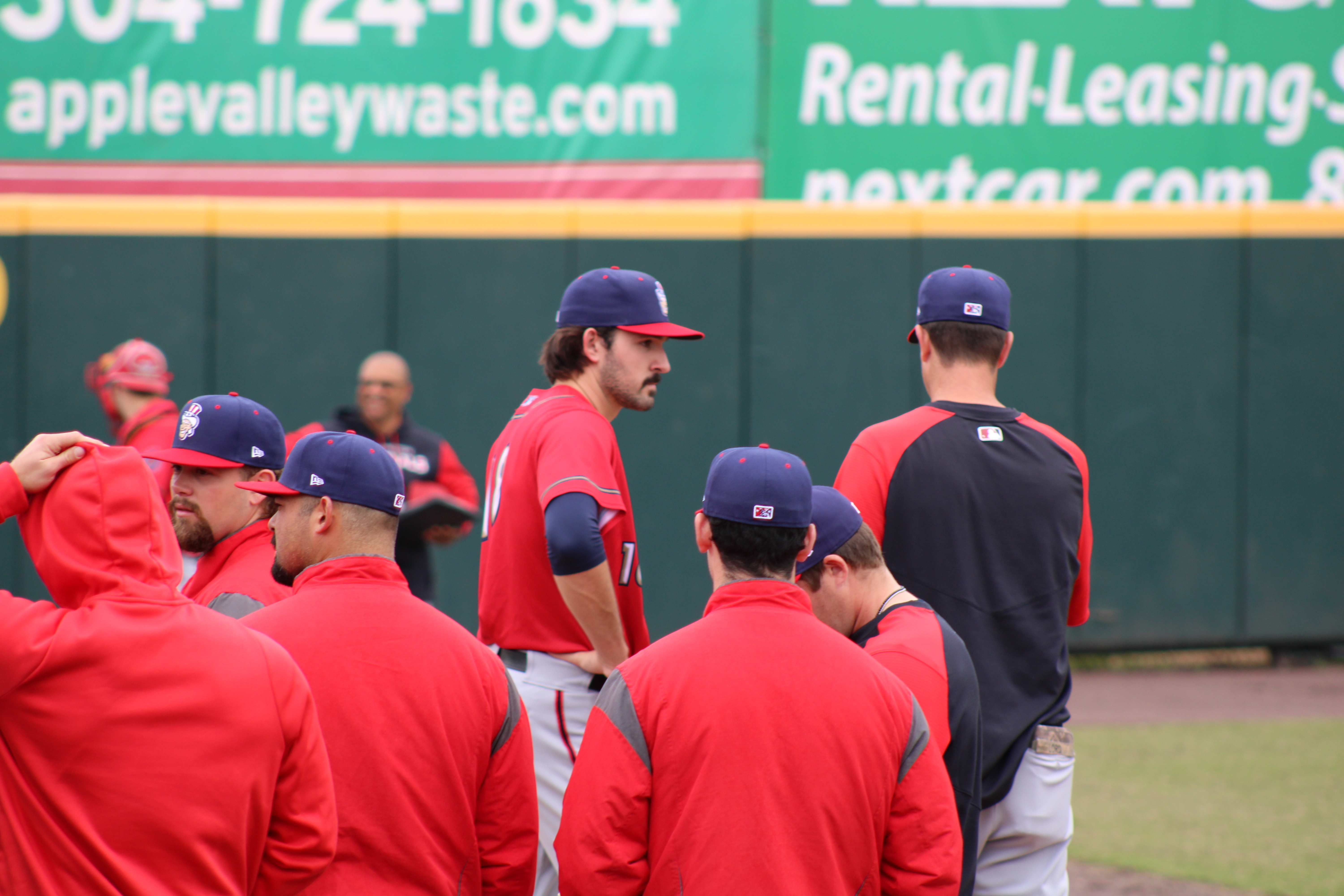 Yes, the place to properly develop players is in the Minor Leagues.  The resurgence of the minor leaguers is clear, and don’t think it is by coincidence. There is hope. A system that has only drafted two pitchers who have become All-Stars in Nats’ uniforms, Stephen Strasburg and Jordan Zimmermann, are it. The years of going after big-armed fastballers without full repertoires was a failed strategy. The results have been to few for a system that general manager Mike Rizzo has said repeatedly was built around starting pitching. And guess what, most of those starting pitchers in the years of success were high priced free agents and pitchers that Rizzo traded for. You pay a price for free agents and in trades, and the better strategy is to develop who you can from within.

While it feels like it’s a new day with Watson in-charge, don’t blame people for a healthy dose of skepticism and wanted to see it before they believe it.

This entry was posted in CoachingStaff, DaveMartinez, MikeRizzo, Prospects. Bookmark the permalink.
← Previous Article | Next Article →