With a five-game slide, the Washington Nationals look worse than expected. 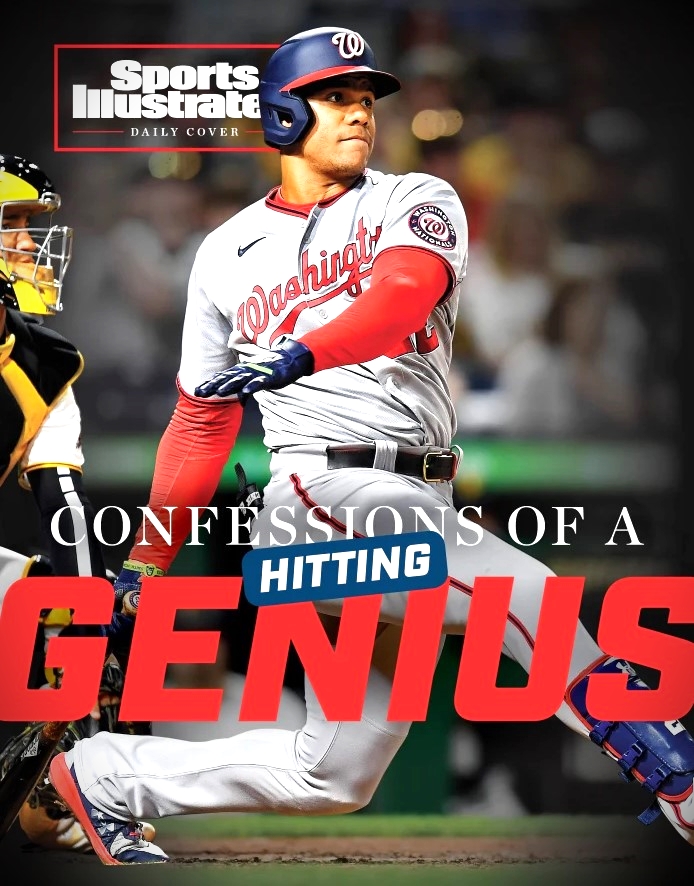 Rebuilds are not easy. That has to be an understatement. If you are into interpolating and extrapolating numbers at the 11 percent completion mark of this season, we can tell you that if the Washington Nationals stay on this pace that they will finish at 54-108. That would not even put the Nats in the worst record in baseball. The Reds would be far worse. Don’t worry, when the dust settles, there will be many teams competing for the worst record in baseball.

Why are Nationals fans so upset by the results? We projected a 71-91 record. We knew this team was going to be bad. What we did not factor in was a mixed bag of stats, and nobody wants to see Juan Soto struggling. He was supposed to be the constant of greatness. The future $400+ million man. He is on a pace to finish with 27 RBIs if you believe in his 3 RBIs at this point will be the constant going forward. RBIs are also based on opportunity, and Soto has not had enough RBI opportunities batting in the 2-hole.

If you look at WAR on FanGraphs, their secret formula still loves Soto. His +0.6 would make him a +5.4 for a full season. Maybe their formula favors his team leading three home runs. The top of the charts is Josh Bell. He may not lead in home runs, but he is batting .345 with a .955 OPS. His WAR is at +0.7, and he has had seven fewer at-bats than Soto.

Statistics mean everything in baseball, but these sample and data sizes are really insignificant. If Soto is slumping with a .242 batting average, we could only wish that Victor Robles (.125), Alcides Escobar (.132), Nelson Cruz (.169), and Lane Thomas (.200) were as bad.  The Nats are not even close to the worst in the National League at a team .221 BA. They rank 11th of the 15 teams. Offense in baseball is slumping overall. If that’s the case, it makes the Nats’ pitching staff look even worse, and we will discuss that below.

If you believe in the Sports Illustrated curse, they ran a virtual daily cover of Juan Soto on April 13. Did Soto turn into Soso? Sorry, I don’t buy it. He is just in a slump. Slumps happen. The day before the SI piece, Soto was batting .286 with a .995 OPS. Nah, there is no curse at play here. Soto will be fine. He will click back into who he really is. Expect his RBIs to be low however because he just will not be getting 163 RISP opportunities like he had in 2021. Today, he is on pace for 126. It does not help though that the Chosen Juan is batting .077 (1-13) in RISP spots this season so far.

Maybe you think the Nats were lucky that Soto didn’t take that $350 million contract offer. Who knows, history tells you time and again that over 90 percent of long-term contracts don’t work-out for the team, but yet, teams will continue to sign players to those nine-figure deals.

And losing goes far beyond Soto. The starting pitching is a mess with a starter’s ERA of 6.72 and that is not a misprint, although we wish it was. The Nats rank dead last in MLB in pitcher’s ERA which combines starters and relievers. The starter’s combined record is 5-11. Their combined innings per game is at 4 1/3 on average. The bullpen has had to pick up the slack, and the relievers have been the overall bright spot except for a few who are struggling. Unfortunately, two of the best relievers, Sean Doolittle and Mason Thompson, are already on the 10-day IL with unknown statuses.

The starting pitching problems are led by two of the highest paid pitchers in baseball: Stephen Strasburg and Patrick Corbin. For Strasburg, he is being paid approximately $1.1 million in starts based on 32 starts per year. On his current $245 million, Strasburg has made just seven starts with a combined 5.74 ERA. He has earned in that span just over $74 million, and the Nats have #### to show for it. Corbin, on the other hand, has made his starts, but his 5.81 ERA and 11-26 record in that span is not what they are paying him $23.33 million a year to do. Add in the sunk money for Will Harris, Joe Ross, and Anibal Sanchez, and the Nats are paying over $70 million a year for negative results from that group.

There lies the problem. The Nationals have $58.33 a million a year invested in Strasburg and Corbin and they are getting negative results, and the team is on the hook for them as a pair through the end of the 2024 season, and Strasburg’s contract continues through 2026.  General Manager Mike Rizzo has a big problem on his hands. His field manager, Dave Martinez, has already vowed that Corbin will make his start against Miami this week. Meanwhile, Strasburg is throwing bullpen session(s) in West Palm Beach, but has not faced live batters like we were told he was supposed to in early April. We are almost at May 1 and we have no idea what to expect from Strasburg who is recovering from thoracic outlet surgery. Almost exactly a year ago we wrote this piece.

So far, Josiah Gray has been the Nats’ best starting pitcher with a 2-1 record and a 3.14 ERA. That plays as they say. Consistency is of course the biggest problem on this team. Erick Fedde has always been a pitcher with a lack of consistency. One step forward, two steps backwards. But certainly Corbin with the 11.20 ERA is causing the tilt. The other pitchers between Gray and Corbin are just different shades of bad. Josh Rogers had two good starts followed by a bad one, and he immediately got banished to the bullpen. One of the Nats’ top prospects, Joan Adon, was thrust into the rotation, and with one good start and three poor starts, he might remain in the rotation.

If you wonder why the Nationals have an issue with developing pitchers, you can look at the results over the previous ten years which have been horrific. Some believe leaving Adon in the game yesterday for the fifth inning was the right way to go — and it is always a debate. Yesterday, Adon was victimized by the lefty Joc Pederson with a leadoff home run, a deep sacrifice fly, and a double. Pederson was set to leadoff in the fifth inning. Adon’s day was almost done as Martinez had Rogers ready in the bullpen in a 4-3 game.

Instead, Adon came out for the fifth inning and threw one pitch — a center-cut fastball that was smashed for a double. At that point Adon was pulled from the game. Just one pitch thrown in that fifth inning. It felt odd. Why not just leave Adon in? Or why did you send him out there? It seems like a mixed message. Pederson eventually scored to add another run on Adon’s ledger (5 earned runs), and you wonder how many managers would have made the same decision with Adon. What was to be gained? What was to be lost? What was to be learned?

Here is the bigger issue. Pitching is about having stuff. Adon is not there yet. He has a good four-seam fastball in the mid-90’s that if he misses location — it is batting practice. This is the Major Leagues. Good batter’s don’t miss often on center-cut 95 mph fastballs. Adon also has a curveball, and to say he has a changeup, let’s just say he throws it. What are his three “plus” pitches? Why is he pitching at this level? Fine, last week he beat the Diamondbacks on a day that he was facing a team that had six starters batting under .199.  Adon is not ready for this level. He showed he can win at this level, but he cannot beat good teams consistently right now and his development plan is not on the right path. When he isn’t locating the fastball, and tunneling his curveball for swing and miss, he is in trouble. He is essentially a two-pitch pitcher who needs to go back to the minors and work on a full repertoire.

Too often with pitching prospects in D.C., they get promoted without the proper repertoire — or should we say, a competitive repertoire. The issue goes full circle to point back to the challenges in player development. Since Stephen Strasburg, there has not been a pitcher promoted who has had a “plus” changeup.  Adon is just another of those pitchers that needs more time, and it is time to send Adon back to the minors so he can develop the right way under De Jon Watson’s leadership. This team, as Rizzo has said many times before, is built on starting pitching. The starting pitching foundation is not strong. The building could collapse and it must be shored up. It is going to take a plan, and of course time, money, and patience.