The team built on starting pitching has a problem! 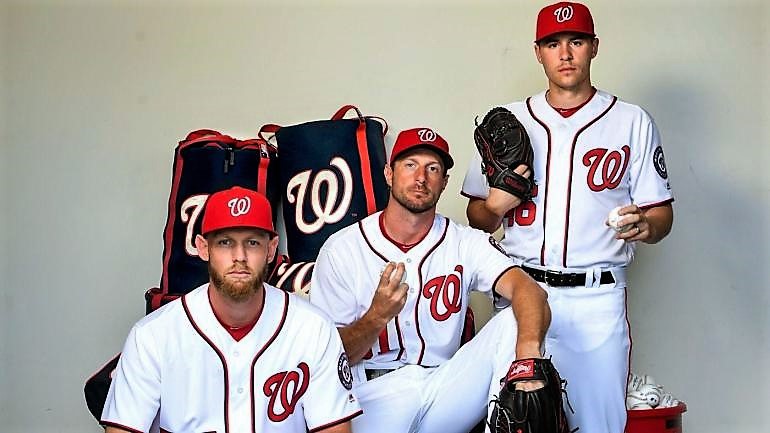 The Washington Nationals have a problem. It is called the starting pitching which has a starter’s ERA of 5.23. The team moved Stephen Strasburg to the 10-day IL yesterday with right shoulder inflammation. While losing Strasburg for a lengthy period of time is a problem, the bigger problem is the unknown of what the team will get from Strasburg and Patrick Corbin this year. Corbin has a 21.32 ERA and is said to be healthy. The Nats were 2-9 in Corbin starts last year and have lost both of his games this year.

This team was built on starting pitching, and last year turned in the highest starter’s ERA (5.38) in Washington Nationals history. Think about that in historical terms to the days in 2008 when the starter’s salaries combined were less than half what the Nats are paying Strasburg this year. They say, “you get what you paid for” and we are seeing that in baseball terms that is not always true.

This team is just under $100 million invested in starting pitching payroll this season. And 90 percent of that is being paid to the Big-3 of Strasburg, Max Scherzer and Corbin. The team and fans aren’t getting what they paid for. Fortunately, Joe Ross has stepped up, and Erick Fedde has been good his last two starts. The Nats largest free agent deal for the starting rotation this year went to Jon Lester who has not pitched yet in a game this season because of his COVID situation. He is set to make his final rehab start tomorrow at the Alternate Training Site in Fredericksburg at the same time that Corbin is supposed to make his third start of the season for the Nats.

“Corbin threw really well between starts. We were slowing him down,” said manager Dave Martinez. “He pounded the strike zone. His slider was sharp.”

If Corbin’s issues are just mechanical and his bullpen side-session was as good as Martinez said it was then that would be fantastic. But that is a huge “if” in the full scope of taking that to the mound and being consistently good in a real game. 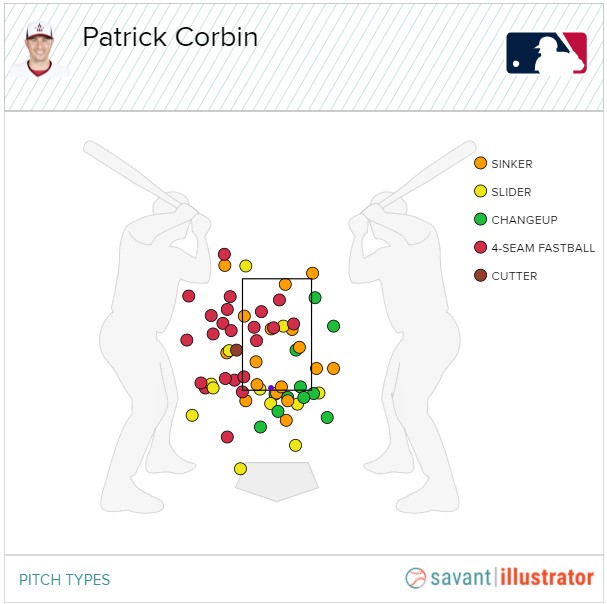 Corbin’s chart from his last start

In Corbin’s last start, there were too many fastballs missing their spots, and not enough sliders biting at the bottom of the zone. He hit two batters in his last start and walked four over two total innings on his way to giving up 9 earnies over those 2.0 innings.

The schedule makers have given the Nats an opportunity because they have 4 days off in the next 2 weeks and could easily go with 4 starters until May 8th and hope Stephen Strasburg is good to go then.

“[The MRI] doesn’t look bad. But then I’m not a doctor,” said manager Dave Martinez. “He’s such an important part of our team. . . . The biggest thing is him missing [almost all of] last year. . . . We want to get him right. This is all about taking care of Stephen.”

Well, the team took care of Stephen by paying him $35 million a year. Last year he pitched a total of 5.0 innings and this year, he has 10.0 on the books. If Corbin is considered the weakest link, they should pitch him out of the bullpen even if he is on a $140 million contract. Baseball is about results, and if you sign a bad contract, you just have to live with it. But DON’T compound the problem. If Corbin is back on-track tomorrow, then great news for the Nats. If not, there has to be a viable Plan B in place.

Could the rotation for the next 2 1/2 weeks be:

At times like these, you have to improvise and think outside the box. Of course, that is just a temporary fix if Corbin is not fixed. The Nats are 2-1 in Fedde starts this season. Joe Ross has pitched to a perfect 0.00 ERA, and Paolo Espino exited yesterday’s start with a score of 2-1, and it was his offense that didn’t back him up. The “others” are getting it done for this team. Two of the Big-3 have not done their part. If there is any good news, the season is only 8 percent complete. Can you believe we are having this discussion at this juncture?