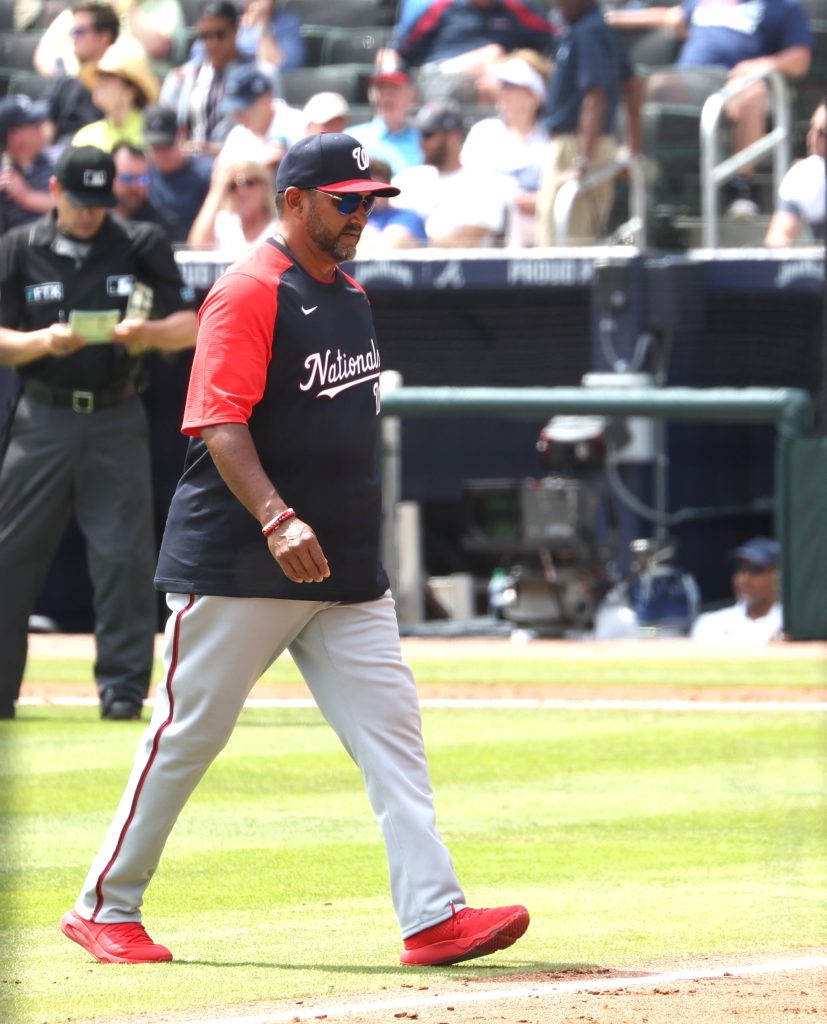 Davey’s mantra is go 1-0 every day; Photo by Sol Tucker for TalkNats

When things looked disastrous for the Washington Nationals five days ago, they reversed their fortunes and won three of their previous four games to put themselves in a position to get back to .500 tonight with a Curly W in Pittsburgh.

This is Josh Bell’s old stadium, and long gone are the days when Bell and Andrew McCutchen wreaked havoc on the Nationals. These days, the Pirates are years into a rebuild, and the Nats and Pirates have matched up for a few trades over the years. A lot of interesting names like Nyjer Morgan, Sean Burnett, Mark Melancon, and Bell have come the Nats way.

There will be some roster moves as sources have confirmed to us that Donovan Casey who is on the 40-man roster is being called up. It might not be in time to make a change on the lineup card.

Tonight’s pitching matchup has  Joan Adon and JT Brubaker and it doesn’t feel like a showcase of aces, but you never know with these younger pitcher as to what they will give you on the mound. This is Adon’s second start of this season, and he wants to prove that he belongs.