Nats Head on the Road for First Time in 2022 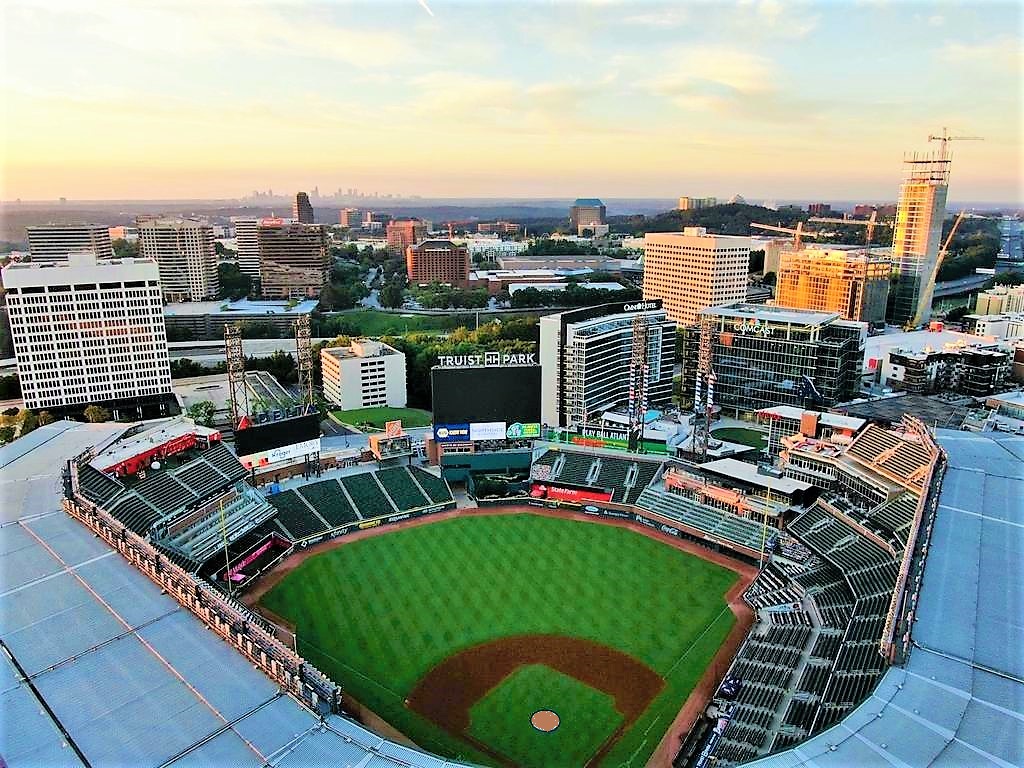 The 2022 MLB season is truly getting going as the second week of action kicks off with the Nationals going to Atlanta to face the Braves. The two teams look vastly different from the last time they faced off in 2021, a year that ended with the Braves hoisting the Commissioner’s Trophy. Nonetheless, the division foes will meet with varying levels of expectations and aspirations. As the last two teams to win a World Series while playing a traditional schedule, there are massive amounts of similarities, some that stretch farther than just the banners that have been raised. The teams both saw their franchise stalwarts, Freddie Freeman and Anthony Rendon, respectively, leave in free agency. Aside from smaller similarities, these teams both beat the Dodgers and Astros on their way to winning their ring. Regardless, this series that kicks off Monday night will be about the present, not the past heights reached by the clubs.

Coming off winning the World Series is tough, something to which the Nationals and their fans can attest. The Braves saw something that, once again, was seen in DC after the 2019 season; many of their key players left in free agency, thus capitalizing on their playoff success. Outside of losing Freeman, Jorge Soler, the World Series MVP, Joc Pederson and multiple relief options have all fled for greener pastures. The World Series Exodus might be as great of a deterrent to their hopes of repeating as the World Series hangover.

That being said, the Braves still boast a strong roster that should have both expectations and ability to repeat. Key cogs like Austin Riley and Ozzie Albies return, potentially softening the blow of losing Freeman. The Braves believe they have replaced Freeman’s hole at first base with Matt Olson. In fact, he has not played against the Nats in his career. However, the Braves view Olson as a younger version of Freeman. They have illustrated their organizational confidence in him by signing him to a massive extension. Other old faces include Dansby Swanson, Travis d’Arnaud as well as the newly reinstated Marcell Ozuna. Their regular lineup should be bolstered by the midseason return of Ronald Acuna Jr., but his return date is not yet clear to many.

Their lineup, which has great depth and talent, is only as good as their rotation. For years, the Braves have trotted out amazing lineups with pitching staffs that cannot provide any support. Last year, it all culminated in October, but their pitching will still be their biggest X-factor. Max Fried, Charlie Morton and Ian Anderson are all back, but the younger additions to the rotation are major question marks. Huascar Ynoa, Kyle Wright, Tucker Davidson, among others, will need to step up and create a well rounded rotation for the long term success of the Braves. Their bullpen, though, is full of fresh faces. Kenley Jansen, the longtime Dodgers closer, was brought in for the back end of the bullpen along with Will Smith. Collin McHugh and Darren O’Day round out the veteran additions to the arm barn.

Up and Down Opening Weekend:

With the first four games of the season in the books, the Nats have felt the full gamut of emotions. Losing the first three games to the Mets left a sour taste in the mouths of many fans. That being said, the win on Sunday provided a source of light. The 4-2 comeback win on Sunday afternoon made for a happy flight, but there is no denying the deficiencies of this club.

The top five hitters in their Opening Day lineup have all played, holistically speaking, well. The bottom of the order was hitless until Maikel Franco’s single late in the game Sunday. Victor Robles, Franco, Alcides Escobar, as well as the other players placed in the bottom half of the order, have appeared to create a chasm in the lineup. Having what is “a deep lineup” starts with the players at the bottom hitting, thus creating more chances for the top of the order to flourish. After four games, that is simply not happening for the Nats.

On the other side of the ball, the pitching staff has been decent. They have not necessarily been terrible, but struggled with long innings and having numerous runners on base. Innings became prolonged due to walks, long at bats and poor command leading to hits.  The Nats did not give up too many runs over the course of the first set. However, their totals could have been much higher due to 19 walks in the four games, the same number of runs surrendered.

For all the bad that over the course of the weekend, there were some positives. The young starters, Gray, Adon and Fedde, all had pretty good outings. Albeit, they did not go any more than five innings. Davey Martinez has seemingly had a much quicker hook this season for his young hurlers, something that has put an extra strain on his subpar bullpen. Overall, though, the young Nats pitchers kept a potent Mets team at bay, especially navigating a mess of baserunners.

In the bullpen, the trio of Doolittle, Finnegan and Rainey have all been lights out. Culminating in Sunday’s win, they were all able to keep the Mets at two runs the entire afternoon. They allowed the offense to scrape together enough to pull out the win. Doolittle in particular has looked like his old self. He got out of two situations with bases occupied and no outs without giving up a hit. Finally, the defense has been tremendous. They have been preventing multiple innings from getting out of hand, having not committed an error yet.

As the Nats and Braves face off for the first time this season, the teams will both be hoping to build off solid conclusions to their weekends. The Nats are hoping to pick up their second straight win and get contributions from everyone in their lineup. The Braves hope to keep the World Series Hangover at bay for another week. These two teams will face 19 times over the course of the season with this mid week series setting the tone for the rest of their matchups to come.