The future of this team with a Gray/House! 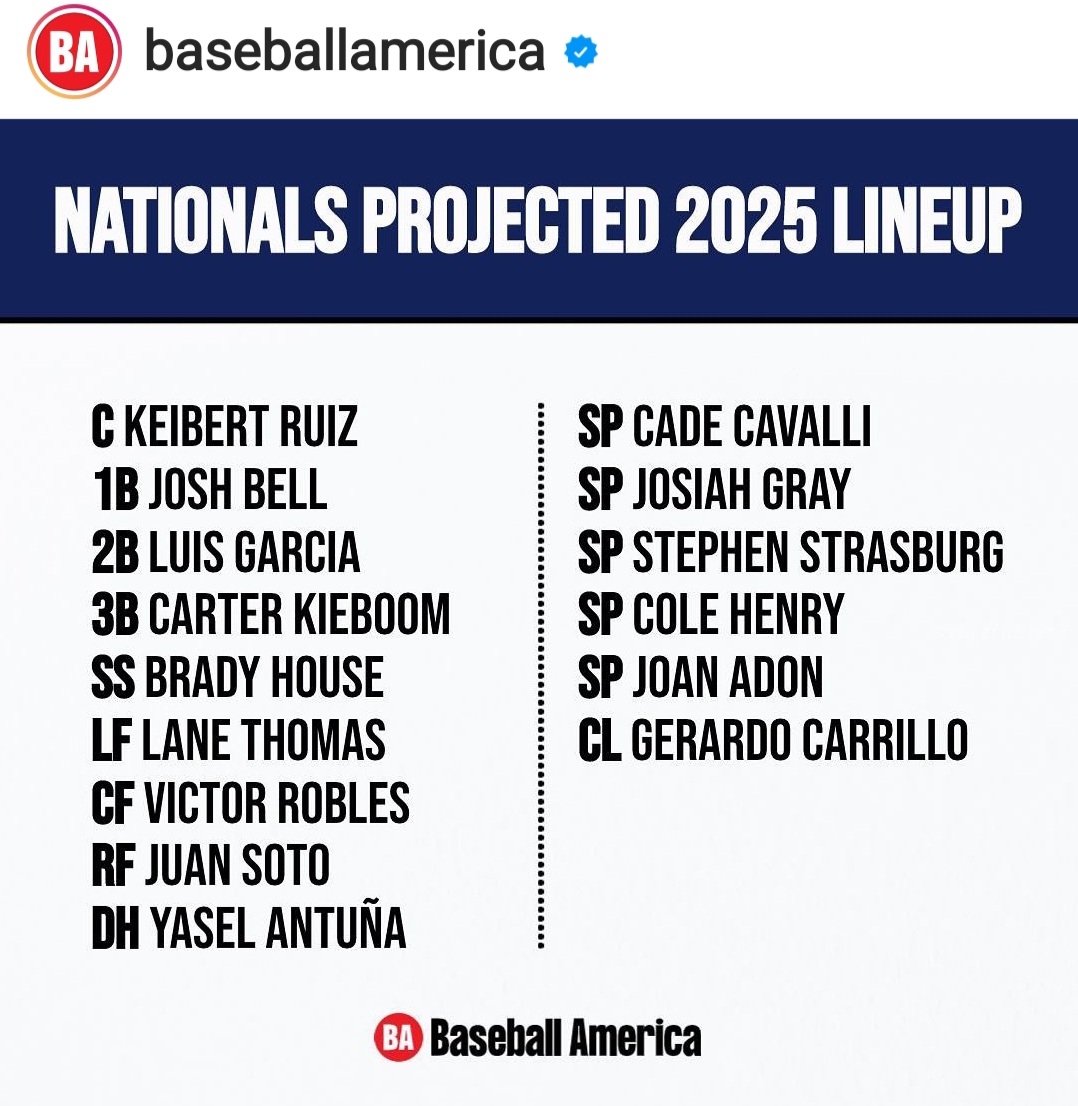 The fine people at Baseball America looked four years into the future as to what a Washington Nationals’ lineup and starting rotation could look like.

Some of the Nats players in this Baseball America’s lineup are based on wishful thinking because players like Josh Bell and Juan Soto are set to be free agents before the 2025 season. But of course it is fun to ponder into the future.

We see five players on the B.A. list as the core to the future, and maybe a sixth player would be, or should we say it matter of factly, that Soto must be the permanent face of the franchise of this team.

Take Keibert Ruiz, Luis Garcia, Brady House, Josiah Gray,  and Cade Cavalli, along with Soto for the core of the future of this team. Of course, a strong core is dependent on Ruiz, Garcia, House, Gray and Cavalli becoming stars.

Of note is that Stephen Strasburg‘s in that 2025 starting rotation, and his time with the Nats contractually ends the following season in 2026.

Post up your 2025 lineup and rotation, and we will add some of them in here if they are fiscally sound.