The Nats are stocking up on infielders! 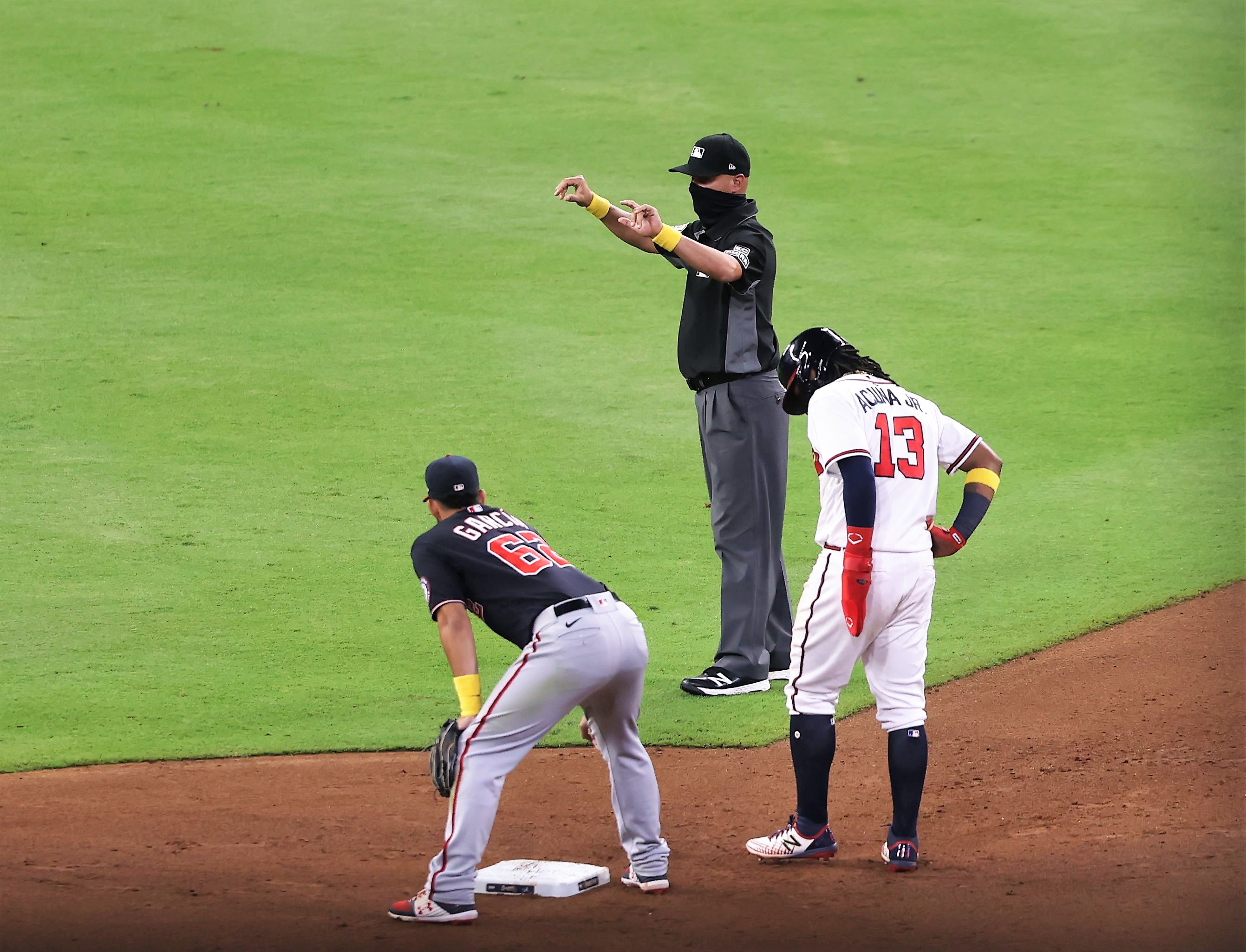 If it looks like the Washington Nationals are stocking up on infielders, you would be right. Long gone are the days when you could pencil in Anthony Rendon on the hot corner, and Trea Turner with Howie Kendrick up the middle. Nowadays it is anyone’s guess at who, what, and where on this Nats infield. There is a whole lot of “maybe” on the 2022 Nats infield. But to give the benefit to the team, maybe they are not done with new acquisitions at this time. Third base still seems to be the big question mark.

Not official, the Nats have reportedly signed Dee Strange-Gordon on a minor league deal according to ESPN’s Jeff Passan. Early in the off-season, general manager Mike Rizzo re-inked Alcides Escobar on a one-year deal. Two weeks ago, Rizzo made a waiver claim of former top prospect, Lucius Fox,  who is a middle infielder, and on the same day the Nats made their biggest free agent signing of the off-season with Cesar Hernandez on a one-year deal for a reported $4 million plus incentives. Add to that, Andrew Young was drafted in the Rule-5 last week.

That is five infielders that Rizzo has added from the start of the off-season once Gordon’s deal is official. They will join a mix with an infield that returns and saw a struggling Carter Kieboom at third base, Escobar at shortstop, and the young Luis Garcia at second base with Josh Bell at first base. Bell enters his final arbitration year, and that adds to the future question marks as Bell, Escobar, and Hernandez are all basically playing on one-year deals in 2022.

A shrewd analyst would throw caution to the wind that none of the five “middle” infielders are stars. Okay, former stars or former top prospects would describe four of the five, and you could say the same for Kieboom and Garcia. But current stardom on the WAR scale is not what Rizzo has here unless someone has an outlier season.

Escobar put up the best numbers of this group last year with a +1.7 WAR in just 349 plate appearances. Could he repeat that again? But if you are betting on a 3.0 WAR player to emerge from this group, you are setting yourself up for disappointment unless a player has a breakout year or Escobar can replicate his 2021 success for a full season.

If this was five years ago, you would be extremely optimistic. That would include current Nats infielders García, and Kieboom. It was Kieboom who was once the Nats top prospect in the system.

We still do not even know if Rizzo will acquire a pure third baseman or any more infielders who would fit in the category of “star” player.

Once the MLB transaction freeze ends, we will see if Rizzo has that big move up his sleeve. For now, Kieboom and Garcia will have competition in Spring Training. We will see where all this goes.