Posted on November 4, 2021 by Marc Goldstein 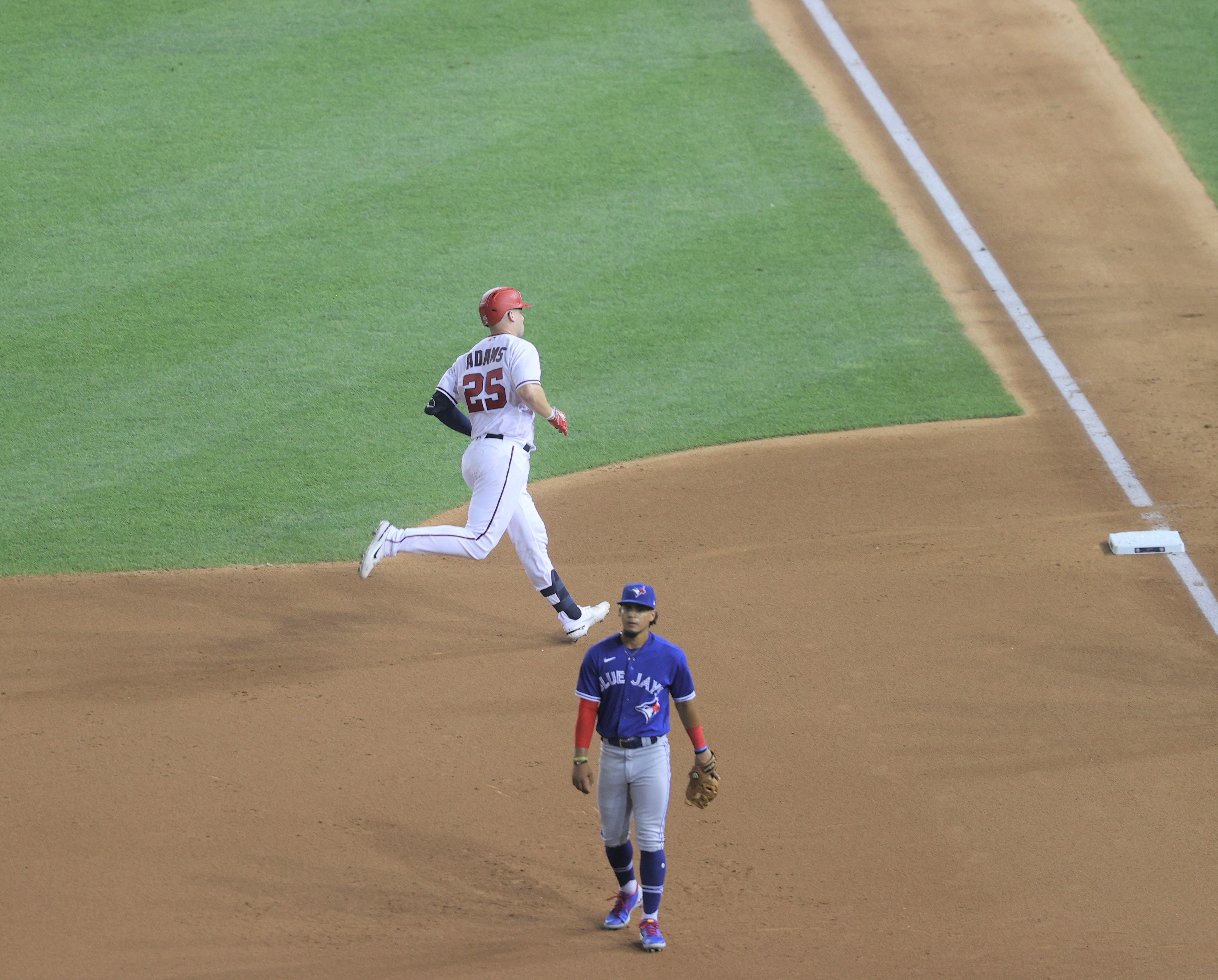 The 2021 season is now in the books for the Nationals. An uneven season that never really got going now is history. For a few weeks in June, the team appeared to be rounding into form and making their push towards the Postseason. Unfortunately, that was the peak for the squad. Injuries, ineffectiveness, and a roster dismantle all contributed to the lowest win total since 2009 when they won 59 games. The 65 wins were uninspiring on paper, but the future still looks relatively bright for the franchise looking to return to immortality.

Here are some evaluations for the players that appeared in games for the team this season. Some will have more to talk about than others. Starting in alphabetical order, we have …

Riley Adams, C: The catcher acquired in the Brad Hand trade was overall a positive contributor upon arriving in Washington. In a small sample size of 90 plate appearances, he impressed with his raw power and ability to get on base at a high rate. For a catcher, he still projects to be a backup. Although he is one that can step into action and fill in admirably. If he takes the next step to become more complete offensively, he can potentially push Keibert Ruiz into a platoon.

Joan Adon, RHP: The #22 prospect for the Nats only pitched in one game, the final regular season game against the Red Sox. He impressed with his ability to collect strikeouts at a high rate. Adon threw a quality start in his MLB debut. He most likely will start 2022 at AAA, depending on if the Nats bring in veteran options to fill the rotation.

Humberto Arteaga, SS: Arteaga was only active with the team for a few days. He gave the team solid at bats, but was really just a placeholder for a few games.

Alex Avila, C: Avila was not statistically anything to write home about but his impact was very intracal to the (limited) success. He was a steady presence behind the plate and gave the Nats a reliable backup catcher early in the season. His season pretty much ended when he got injured at second base out of sheer necessity against the Dodgers. It took Avila a long time to get back to the team. By that point, he announced that he was retiring at the end of the season.

Luis Avilan, LHP: Avilan shocked many when he won the final spot in the Nationals’ bullpen coming out of Spring Training. After being used rather frequently early in the season, the 31 year old went down with a season ending elbow injury.

Alberto Baldonado, LHP: Baldonado made his MLB debut for the Nats in September and was inconsistent out of the bullpen. The lefty demonstrated that, at times, he was able to get outs. Conversely, pitching with runners in scoring position proved to be challenging. Whether or not he sticks around with the club remains unseen. Then again, with another rebuilding year ahead, he can be afforded to be given another opportunity.

Tres Barrera, C: Barrera looked like a long term option for the Nats for around one month right before the Trade Deadline. Unfortunately, it was only a matter of time before Keibert Ruiz took his spot. Once Barrera stopped hitting consistently, the Nats made the move to call up Ruiz, ending Barrera’s season in the MLB. Nonetheless, Barrera proved he is capable of being a solid contributor when called upon, making him a big asset moving forward.

Josh Bell, 1B/RF/LF: Bell had one of the strangest seasons on the team. He started off by pounding the baseball in the Grapefruit League, but once he made the trip north to DC, he lost every ounce of that momentum. Bell tested positive for Covid-19, forcing him to sit out about two weeks. He lost all of his timing and by the end of May, Bell was hitting well below the Mendoza Line. Fans were quick to place blame on him during his struggles that always seemed to flare up with runners in scoring position. He quietly had a very solid second half. He rebounded to turn in a very good season. It might have flown under the radar due to the degree of his early season struggles. Nonetheless, his club-friendly deal makes him someone that the Nats can control at a relatively cheap price moving forward.

Starlin Castro, IF: Castro was one of the best hitters for the Nats in the early portion of the season. He appeared to not miss a beat coming off a broken wrist that ended his 2020 season. He eventually cooled off, and soured with fans for his lack of consistency. Not only did his play sour with fans, but his off field actions did too. Reports of a domestic violence case resulted in a 30 game suspension for the veteran. Immediately after the punishment was announced, Mike Rizzo announced that the team would release Castro once the 30 games were up, which they did.

Sam Clay, LHP: Clay was given his first taste of MLB experience early in the season. He made the Nats’ Opening Day roster as one of the two lefties. He provided solid innings in April and early May, but his fastball-slider mix was rendered useless by the time the dog days of June and July rolled around. His struggles resulted in a demotion to AAA where he pitched well enough to get called back up in September. He was not much better when called back up. Although, he should be around out of the bullpen moving forward due to his ability to eat innings.

Patrick Corbin, LHP: Corbin was one of the most well documented players to struggle in 2021. Coming off a miserable 2020, many fans and executives labeled the 31 year old’s struggles as an anomaly. They were not as he struggled all season. With Stephen Strasburg missing just about the entire season, he could not be the second ace the Nats desperately needed. His ERA flirted with six all year, and his contract is beginning to look like an albatross due to the decreasing likelihood that the Nats can trade his salary.

AUTHOR’S NOTE: This article will directly segue into the next parts of this series.