The Nats roster squeeze on mediocrity has to happen this off-season! 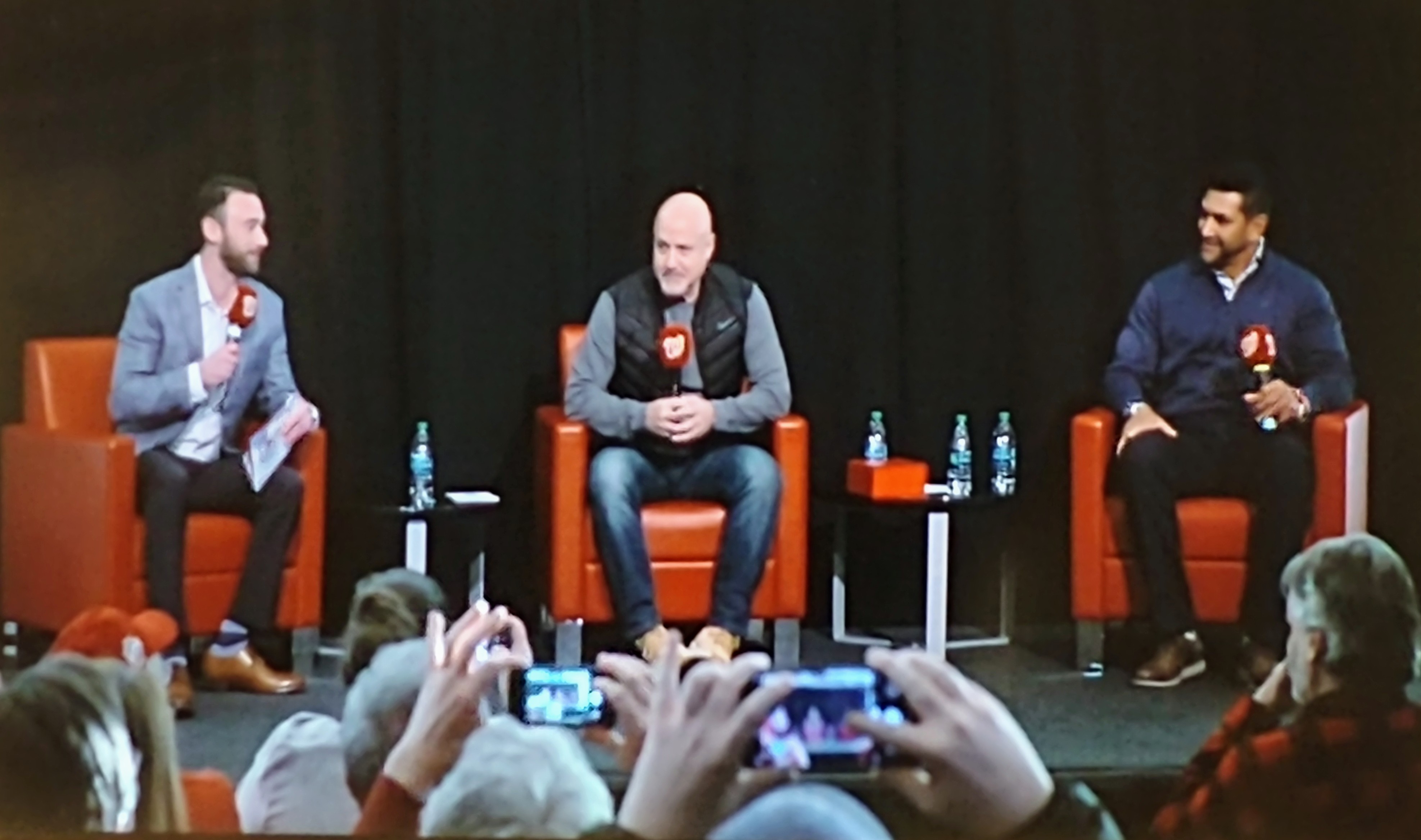 The Washington Nationals just pared-down the roster by three players from the 2021 roster to essentially get the down to 37-players once free agency officially starts and the 60-day IL players are added back to the roster. Gone are Alberto Baldonado, Steven Fuentes, and Sean Nolin from the roster. While Baldanado and Fuentes were assigned to Triple-A Rochester, Nolin elected free agency. But there will need to be more moves made in the future, plus the team has to make decisions on Rule-5 eligible players to add to the roster.

These are the toughest decisions as to whether you leave players on the roster, and then decide on their fate in Spring Training or do it now. This is what the 40-man roster should look like after free agency begins: 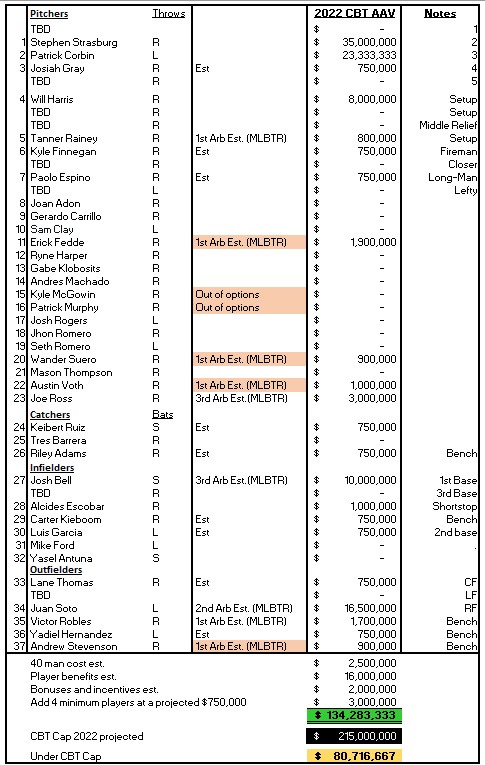 It is doubtful the team will carry three bench outfielders and only one bench infielder. It is doubtful that the Nats will tender contracts to all of the arbitration-eligible players, and it is questionable whether general manager Mike Rizzo will want to find spots for all of the out-of-options players and specifically Erick Fedde, Austin Voth, Kyle McGowin, Patrick Murphy, and Andrew Stevenson.

The issue looking at the team’s mediocrity and negative WAR players is that some of these players have been afforded multiple chances to perform and have not. If your name is on this list, you are in trouble unless you are Joan Adon, Josh Rogers, Luis Garcia, and Tanner Rainey. There are some players like Mason Thompson who has remaining options and won’t be DFA’d. Also expect Carter Kieboom and Victor Robles to get more chances because of how much the Nats have invested in them. The rest of those players better think twice about investing in real estate in the Washington, DC area. 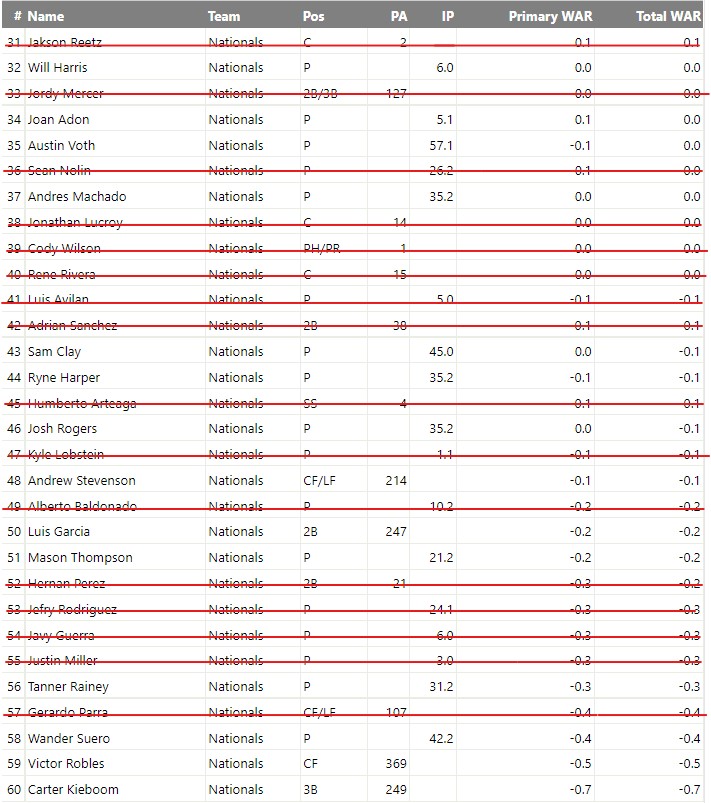 Players like San Clay and Wander Suero survived the axe this week. But there are 10 players in total who finished the season in negative-WAR, and Robles is an arbitration-eligible player who is due a raise at $1.7 million per MLBTR.

You can roll the dice and hope these players can improve, but how will it happen? The wishing and hoping method has not worked. By far, the most frustrating name on that list is at the bottom. The former first round draft pick, Kieboom, has a minor league option for 2022, and that becomes his saving grace. But what do you do with Robles, Suero, Thompson, Stevenson, Ryne Harper, Clay, Andres Machado, and Voth who combined took eight spots on the active roster for much of the 2021 season?

There is also decisions that will have to be made with players with medical issues like Joe Ross who is arbitration-eligible and recovering from a new partial tear of the UCL in his surgically repaired pitching elbow. MLBTR believes Ross would command $3 million in arbitration. Will Harris is under contract in the last year of his contract at $8 million, and he is recovering from surgery for thoracic outlet syndrome. Harris’ money is spent already, but should the Nats chance it with Ross who is in his final year of team control?

The math says there is a lot of addition by subtraction by just finding marginal players who can give you positive output. If you get rid of a -0.7 part-time player like Kieboom and replace him with a +1.3 WAR player, you have added +2.0 WAR to your bottomline. Yes, easier said than done, but clearly Rizzo has to fix the third base position for sure as the weakest part of the positional players. That should be easier than fixing the bullpen which you can see was a huge problem with all of the negative WAR in the bullpen.

There is a lot of work to be done and tough decisions to make. Rizzo is on the clock. But at some point these aforementioned players need to step up and meet their expectations.